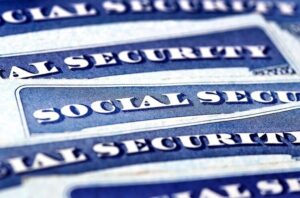 Over a year ago I wrote a post titled Why Taking Social Security Early Might Be the Best Option.

It was me wondering if taking Social Security (SS) early was a good move — despite the conventional wisdom that the longer you can delay, the better.

Then I did Retirement Interview 26 where the interviewee said this:

Regarding Social Security, here is what we did. Many experts suggest that if you can wait until age 70 to begin payments, you should do so. I’m afraid our decision flew in the face of this conventional wisdom.

In the case of my wife and I, we do not need to spend our Social Security payments, so we planned to invest the full amount. To determine the best claiming age under this “claim and invest” strategy, I put together a detailed spreadsheet that modeled how social security payments invested monthly for both my wife and I would accumulate until age 95 under four claiming scenarios:

For each scenario, I did a sensitivity analysis of how the accumulations would change under various inflation and investment return assumptions. The spreadsheet model included the effects of income taxes and the compounding effect of investment returns and inflation, which other breakeven calculations typically ignore.

Bottom line, I found that if we achieved an average yearly after tax investment return of 5% or more, then the scenario of both of us claiming at age 62 was the clear winner. If we assumed a more modest investment return of 2% after tax, then the scenario of both claiming at age 70 was the winner. Even in this case, however, the both claim at 62 scenario had the higher accumulated balance until around age 85. After seeing the results of this analysis, the both claim at 62 option was looking pretty good to me.

Hmmm. This was something I wanted to know more about.

So I emailed him the following:

You don’t happen to have (or would be willing to do) a write up of your Social Security analysis, do you? I think many people would find that enlightening and interesting.

He said he would write something up and that is what follows. I think you’ll be quite intrigued with it, especially if SS is “extra” (non-essential) income for you.

For most retirees, Social Security is an indispensable part of their income. The retirement literature is full of advice regarding the best age at which to claim Social Security retirement benefits. In large measure, the advice boils down to the following:

No doubt this is solid advice for the majority or retirees, who rely on Social Security to cover their expenses. However, what about retirees who already have their expenses fully funded from other sources, like defined benefit pensions, 401Ks and IRAs, investment income, etc.? These retirees will likely claim Social Security retirement benefits if eligible, but they won’t spend their monthly payments. Instead they will invest them, and ultimately distribute the proceeds to heirs or charities as part of an estate legacy.

Retirees with a long-life expectancy who follow this “claim and invest” strategy could clearly wait until age 70 to start their Social Security benefit as suggested by conventional wisdom, but would this necessarily be the optimal path?

As we approached age 62, I began investigating what our best claiming age would be. We are both in good health and have a history of longevity in our families. In addition, we don’t need the Social Security payments to fund our lifestyle. We have 401K and IRA accounts worth about $2.5M, taxable brokerage accounts worth about $12M, a house and other tangible property worth about $0.7M, and we draw defined benefit pensions of about $80K per year.

Given that we have no debt and lead a relatively modest lifestyle, our investments and pensions provide more than enough income to fund our living expenses. As such, our plan was to invest our Social Security payments, with the intention of adding them to our eventual estate legacy.

Regarding our optimal claiming age, my starting assumption was that we would both wait until age 70, per conventional wisdom. However, I am not the type to blindly follow guidance, so I decided to conduct an analysis to determine what claiming age would be best for our specific situation.

The first step in my analysis was to identify alternative claiming scenarios. I came up with four scenarios, which specify different ages that might make sense for us to commence our Social Security retirement benefits:

The next step in my analysis was to perform a quantitative assessment of these scenarios. To do this, I created a spreadsheet model that calculated the after-tax market value of the nest egg for each scenario by month from age 62 until age 95. I chose age 95 as the cut-off because this is the approximate upper historical bound of longevity in our families.

For each month from age 62 to age 95, the spreadsheet increased the after-tax market value of the nest egg for each scenario by the amount of the Social Security payments invested that month net of income tax, and by the after-tax investment returns achieved during that month on the portfolio balance.

Here is some additional detail about the factors included in the spreadsheet model:

Note that the calculations underlying the breakeven age in my spreadsheet are quite different than the typical breakeven age calculations referenced in the retirement literature. Typical breakeven analyses simply calculate the age at which two Social Security payment streams reach equivalency (e.g., the age at which the summation of lower Social Security monthly payments starting at age 62 would equal the summation of higher payments starting at age 70).

These simplified calculations are not very useful when evaluating a claim and invest strategy, because they do not factor in the compounding effect of returns on the invested payments, the Cost of Living Adjustments (COLAs) for payments, or the effect of income taxes on payments and investment returns. My spreadsheet model accounted for these factors, albeit in a somewhat simplified manner. As you will see below, these factors can make a big difference.

Bottom line, here were the results of the spreadsheet model for our specific situation:

After crunching the numbers, the both of us claim at 62 scenario was looking pretty good to me. The final step in my analysis was a qualitative assessment of how our claiming scenarios could be impacted by potential future changes to Social Security.

It is well known that Social Security is facing long-term financial problems. According to the 2020 Social Security Trustees Report, the Old-Age and Survivors Insurance (OASI) Trust Fund will be able to pay scheduled benefits only until 2034. At that point, the trust fund will be depleted and continuing tax income will be sufficient to pay only 76 percent of scheduled benefits.

Even when OASI is combined with the better-funded Disability Insurance (DI) trust fund, combined OASDI funds would be able to pay scheduled benefits only until 2035. At that point, the combined trust funds will be depleted and continuing tax income will be sufficient to pay only 79 percent of scheduled benefits.

It should be noted that the 2020 Trustees Report did not include the impact of the COVID-19 crisis, which has significantly decreased the amount of payroll taxes that will be collected in 2020 versus expectations. Due to COVID, many experts believe that the OASDI funds will exhaust several years earlier than projected in the 2020 Trustees report.

Given this backdrop, I believe there is a high likelihood that Congress will take actions within the next 5 or 10 years to shore up the financial position of Social Security, either by increasing revenues or reducing costs. The question for my wife and me is how these actions might affect our monthly benefit.

Most of the proposed corrective actions seem to focus on increasing Social Security revenues, such as increasing the payroll tax rate, increasing the amount of earned income subject to the payroll tax, etc. Proposals that increase revenue could shore up the financial position of Social Security without necessitating a benefit reduction for any current retirees. In other words, if these proposals are enacted they would likely not have an impact on my wife’s or my monthly benefits.

From what I can discern, means-testing does not currently appear to be a leading candidate for Congressional adoption. Nevertheless, there does seem to be a general sentiment on the rise in the US that wealthy people should pay more in taxes and receive less in government benefits than they do now. I believe this sentiment could influence the political decision-making process regarding Social Security in the coming years.

Accordingly, I believe there is a decent chance that means-testing or some other benefit reduction scheme could be adopted, which would eliminate or significantly reduce the benefits for my wife and me. This suggests that the both of us claim at 62 scenario would be best for us – i.e., that we should “take the money and run”. The earlier we claim, the more total money we would receive in the event that our payments would be reduced or eliminated in the future.

With the results of both the quantitative and qualitative analyses pointing in the same direction, my wife and I opted for the both of us claim at 62 scenario. Admittedly, there are several potential future states in which this decision would not be optimal.

For example, in this scenario we could be exposed to a sequence of returns risk for our invested Social Security payments. More specifically, if we adopt an aggressive investment approach with a heavy emphasis on equities, and if we experience a severe and protracted bear market let’s say 5 years from now, then a large part of the nest egg we would have built up by claiming at 62 would be wiped out. In this case, we almost certainly would have been better off claiming later, at FRA or age 70.

Similarly, if my wife and I both live to age 100 and Congress never implements means-testing, then claiming at age 70 would certainly have turned out better.

My wife and I are mitigating these risks in the implementation of our both of us claim at 62 scenario as follows:

As such, our best bet is to select a claiming scenario that yields a decent outcome no matter what happens. In our case the both of us claim at 62 scenario provides the best outcome for most future states, and it provides a good outcome for the remainder.

Perhaps most importantly, it eliminates the worst possible outcome. That is, if we had decided to wait until age 70 and Congress were to implement a means test just before our payments were to start, we would get nothing. In that case we would be facing a boatload of regret rather than a boatload of cash, and that is the one outcome I would have trouble living with.