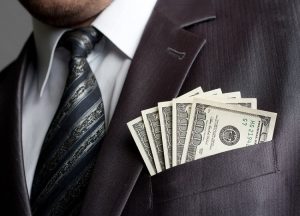 Now that we’ve covered the basics of this site, let’s spend the next few posts getting into ESI Money’s three focus areas — AKA the “three simple steps to wealth.”

Today we’ll talk about the “E” in “ESI Money.” As noted in the explanation of the site’s meaning, the “E” stands for “Earn.”

Why It All Starts with “E”

You’ve probably heard it said that the key to personal finance success boils down to “spending less than you earn.” I believe that’s a true statement. This means to do well you need to do two things — you need to earn something and you need to spend less than that.

For most people the most common ways to earn money include:

There are others options but they are usually insignificant (FYI, I’d put income-earning investments under the “I” in “ESI” — which stands for “invest”). If I missed any big ones, chime in with your suggestions in the comments below.

Your Career is Most Important

Of all the items listed above, your career is by far the most important because of two main reasons:

If you begin a career today starting at $40,000 and average 3% pay increases over a 45-year career, you will make over $3.7 million during that time. What other asset do you have that’s worth almost $4 million?

Using the same basic numbers, let’s look at some different examples of how you can make your career worth even more:

So doesn’t spending some time, effort, and money on developing your career sound like a great financial investment? It does to me!

Think it can’t be done? I’ve averaged over 8% per year for 25 years — and the last decade or so I haven’t really been trying hard as I’ve put other priorities first (like time with my family).

We’ll discuss these issues (and more) a lot over the life of this blog.

As you might imagine, all other income opportunities pale in comparison to the potential of your career.

That said, there are smaller ways you can pick up some extra money. Credit card rewards can be worth hundreds if not thousands per year. In upcoming posts I’ll share my strategies for making the most of this opportunity. I’ve earned almost $15,000 in credit cards rewards during my adult life. That’s a nice used car!!!

The Basics of “E”

For now, as we consider the “E” in “ESI”, the vast majority of you should be thinking of your career and how you can manage it so you make millions more over your lifetime. Once you do that you’ve taken the first big step towards spending less than you earn.

Step #2 is then to begin working on your own side business.

To read more about earning, check out my “earn category” which contains all my posts on earning money.