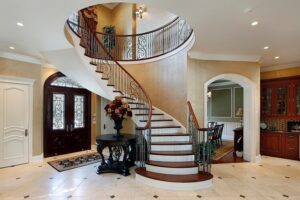 I LOVE looking at real estate.

Many people consider it boring, but to me there are so many decisions to be made in making a great house, and so much creativity tied up into it, that I just love it.

In fact, if I had to start my life over again I would choose a career in real estate. But that’s for another post.

Because of this love, over the years I have spent a boatload of time looking at various kinds of real estate.

From the details to the big picture, we love it all about real estate — seeing homes, where they are, how they are built, what they’re worth, etc. It’s just fun for us.

That’s why it’s a no brainer for us to attend the Parade of Homes each year.

For those of you who don’t know, the Parade of Homes is a collection of newly built homes that you can tour.

Some are homes people already live in, some are purchased and about to be moved into, and others are currently for sale.

All are immaculately decorated.

They are meant to show visitors what’s available in the market and are used as a selling tool for builders and real estate agents.

We started going on the Parade when we lived in Michigan. And we’ve done it for three years in Colorado Springs since we have realtor friends who give us free tickets.

Here’s the website for this year’s Colorado Springs Parade of Homes. Here are the homes (29 total) that were available to see.

By the way, many nearby non-Parade model homes will open up to Parade visitors (why not, it’s free traffic?), so we always see an extra 5-10 homes while we’re out on the Parade.

How to Do the Parade of Homes

As experienced visitors of the Parade of Homes, we know how to make the most of the event.

Our key plans include:

This is how we manage to see the most homes in the least amount of time.

With the above in mind, we were off and running on the day the Parade opened: Friday, August 2.

We left our house a bit after 10 am (my wife had a workout that ran late) and over the course of the next five hours we saw 11 homes.

The places broke down into three basic groups:

This was quite consistent with what we’ve experienced in the past and what we saw this year as well — the Parade features “average” (though expensive) to WOW homes.

The first was home 6. It was stunning and among the best we saw all season.

Here are a few pictures I took of the place. They don’t do it justice but at least you can get a feel for what we saw: 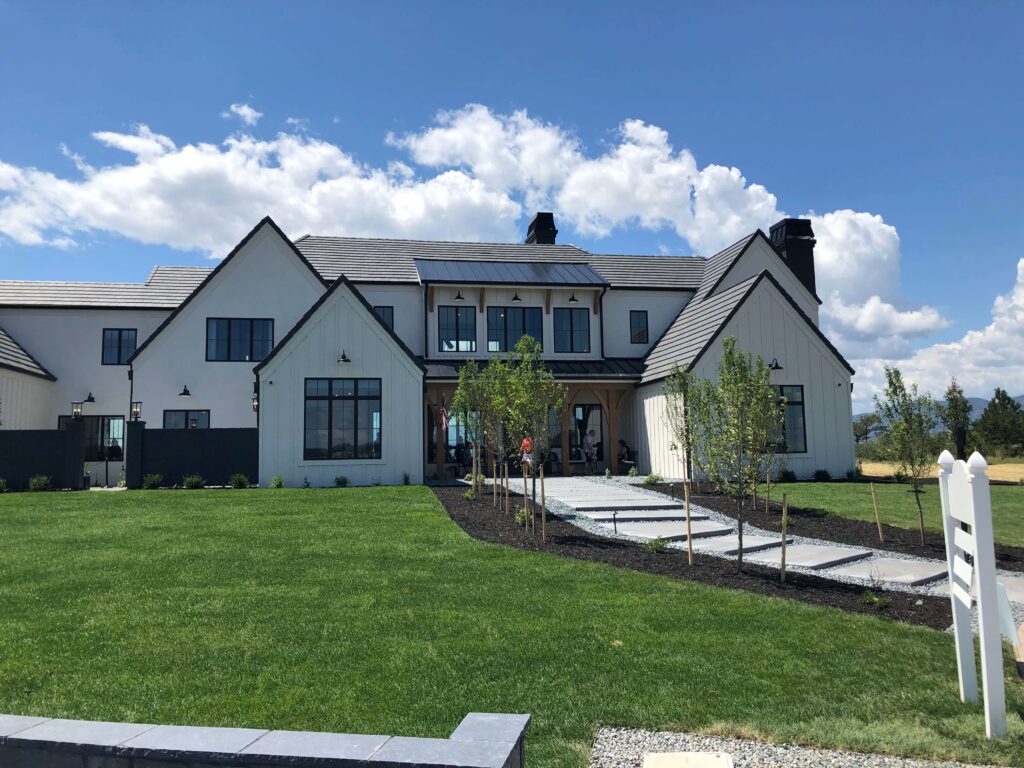 Here’s the outside of PART of the house. I couldn’t stand back far enough to get it all! 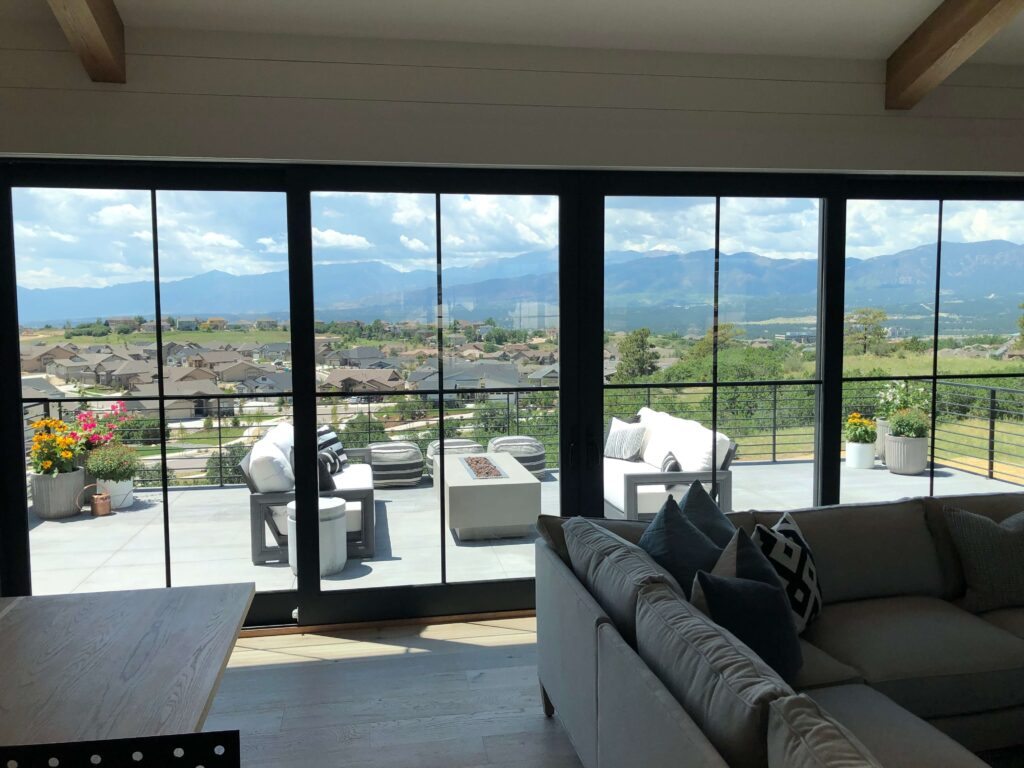 This is the living room — beautiful itself. But look at that view through the wall of glass! 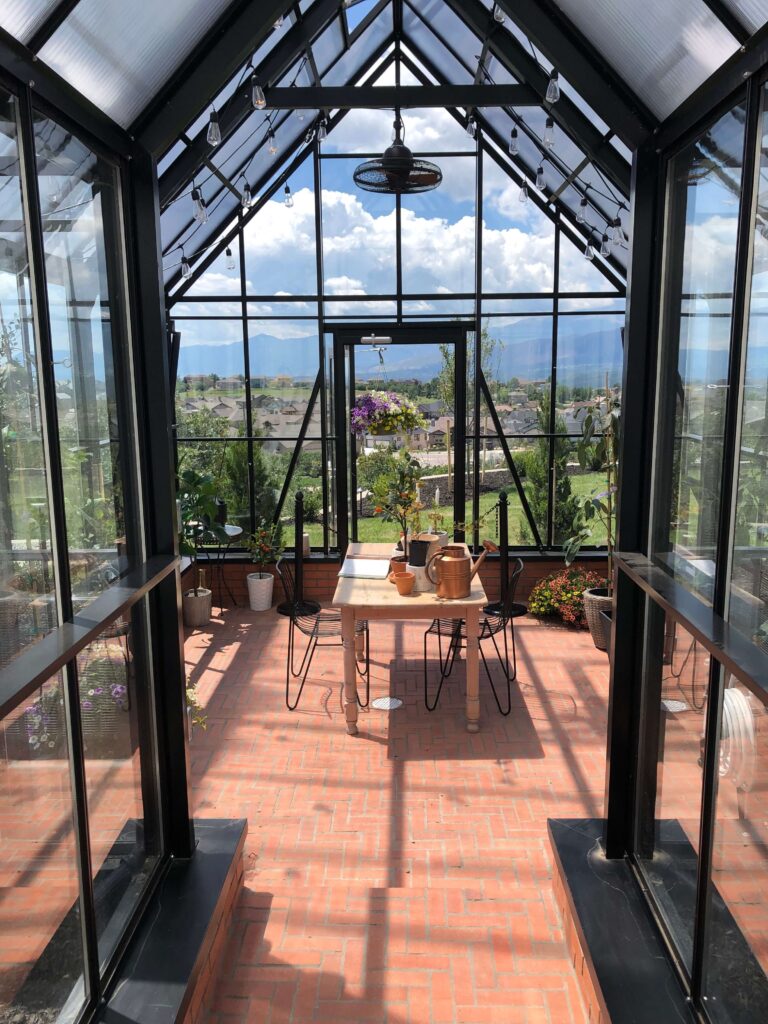 Here’s the greenhouse which was attached to the garage.

The second home, and the only one comparable to the first, was home 21.

Unfortunately I didn’t get any pictures of this place other than the front view here: 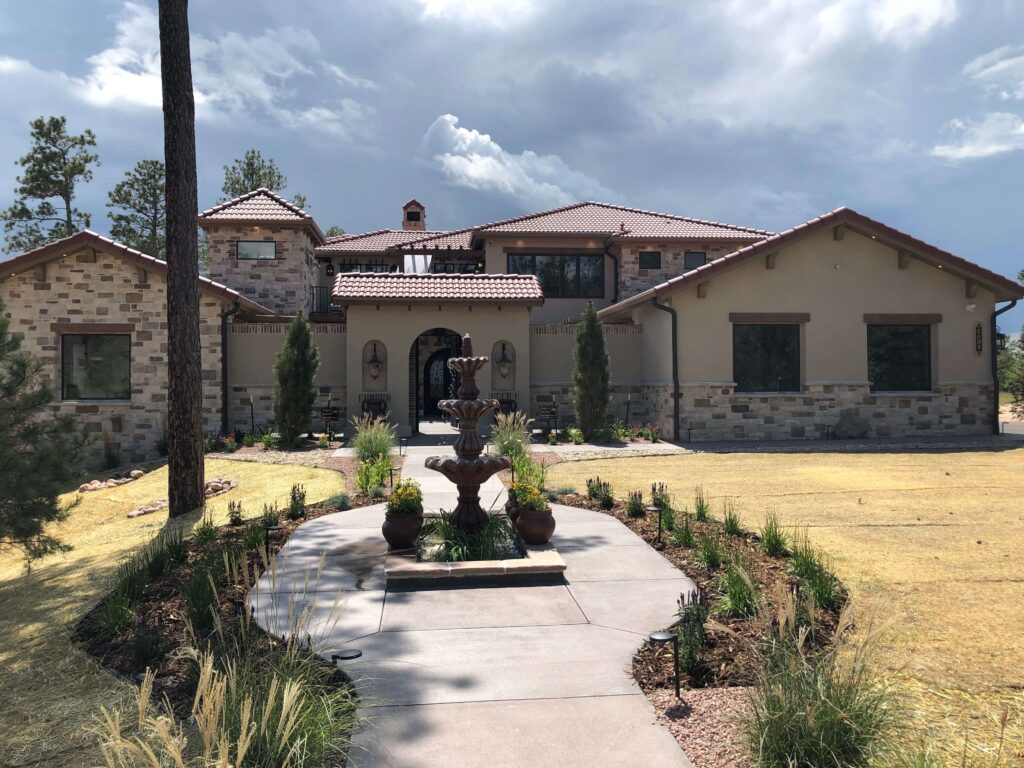 The three that were “very nice” included these:

Home 5 was probably our third favorite and included this stunningly large game room on the second floor: 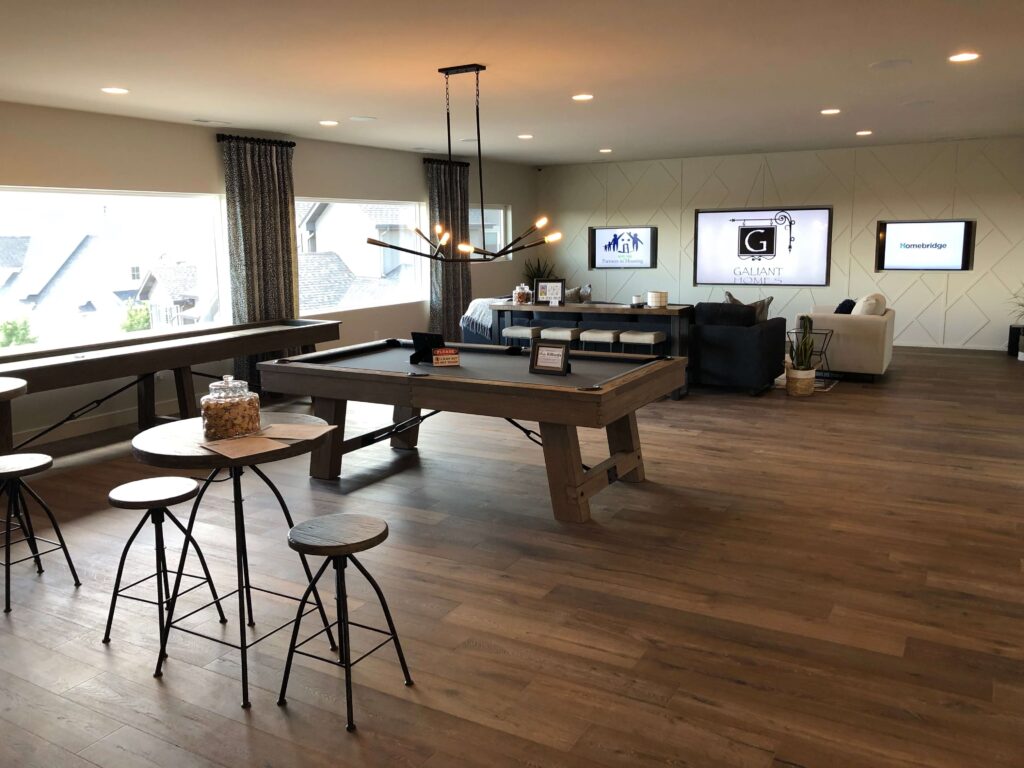 But other than that, there wasn’t anything really amazing about this place. And for $1.4 million I’m expecting amazing…

That said, there was this cool classic car sitting outside: 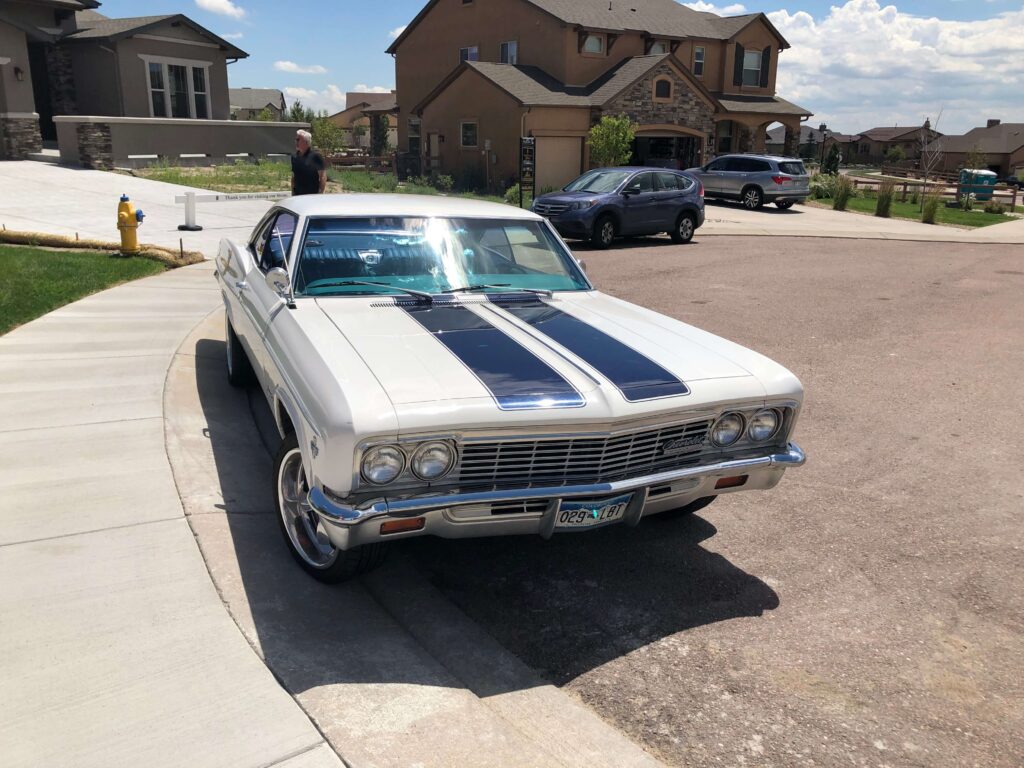 Home 10, which was a “bargain” at just over $1 million, and home 11, that was a bit pricier at $1.9 million, were nice enough but had the following issues working against them:

There’s nothing about either house that was really that compelling. I didn’t take one picture of either of them.

Overall, I’d expect a LOT more for $1-2 million. The two above that wowed us certainly delivered!

Day 2 was on Thursday, August 8, our next-available weekday.

There was not much to like this day. Most of the homes were either 1) much more expensive versions of our home but not in as good of a location or 2) closer to starter homes (which could work for our daughter and son-in-law if they move back here some day.)

That said, the group of townhomes around house 19 were quite interesting. They had a very cute design both inside and out. And the square footage (in the below 2,000 range) was much lower than most homes on the Parade — perfect for either us downsizing or our daughter/son-in-law.

That said, they were pricey (over $335k) and not in the best location (just off a very busy road). This builder has a similar complex north of us which is a much better location, though those homes are even more expensive (and sold out).

Anyway, here are a couple pictures of them: 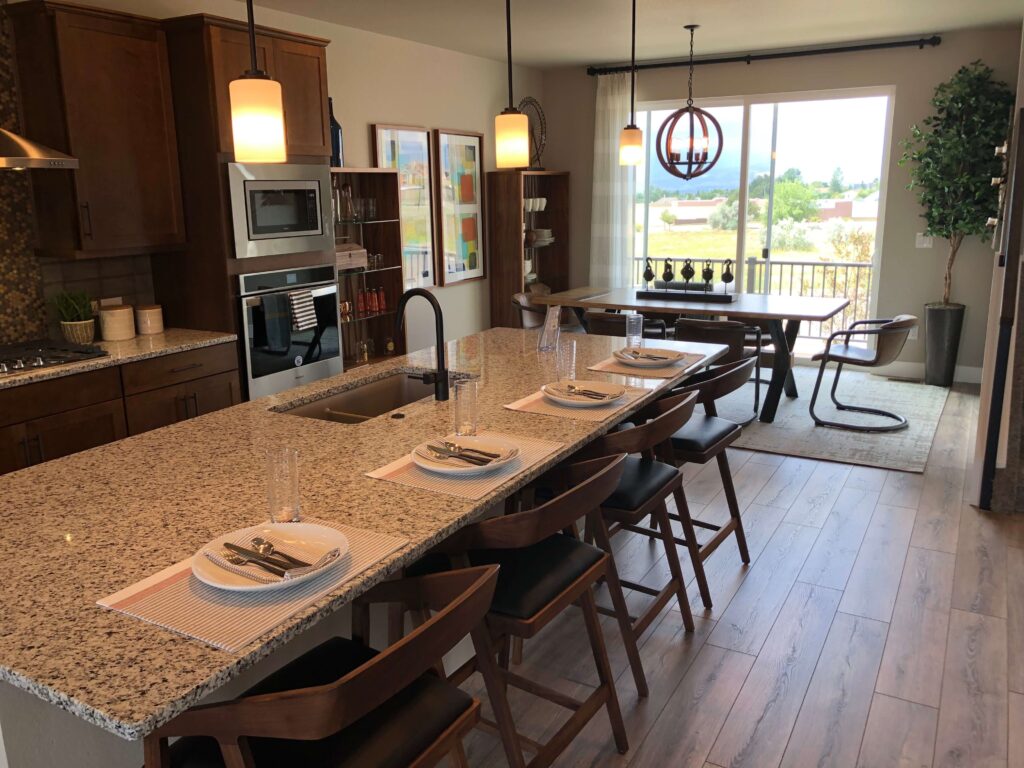 Here’s the inside of a townhome. Very nice and great view of the mountains! 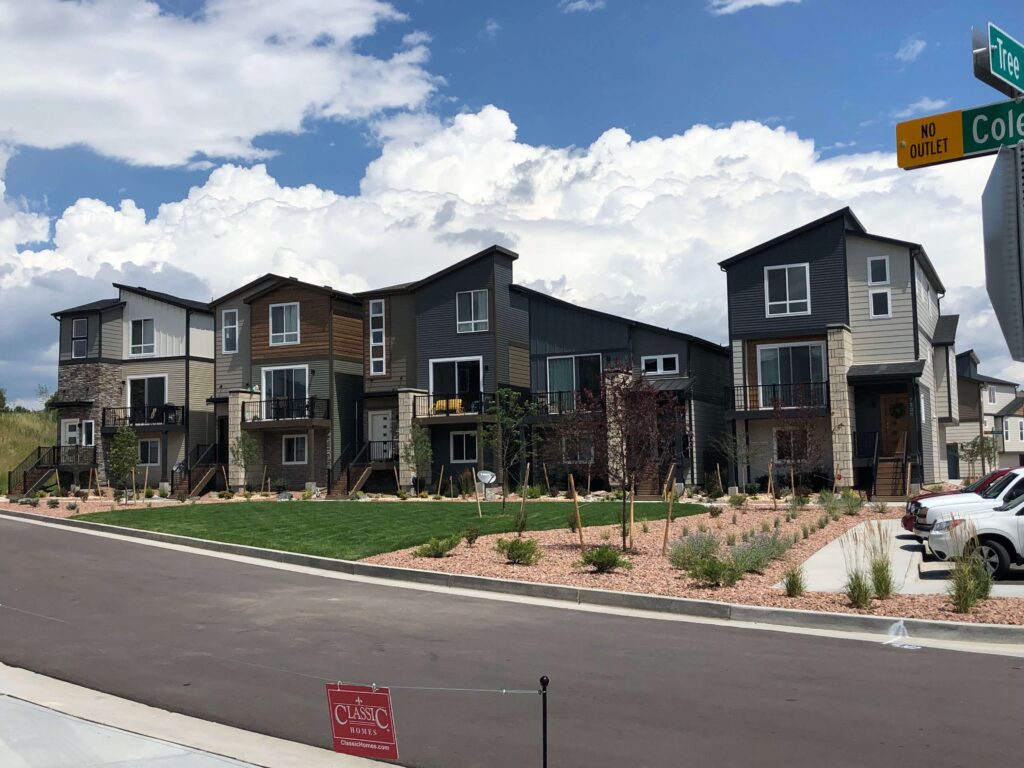 The outside of the complex. These places were nicely designed IMO.

Here are a couple pictures without a house assigned to them — I can’t recall which it was, but they must have been taken on this day based on the image numbers: 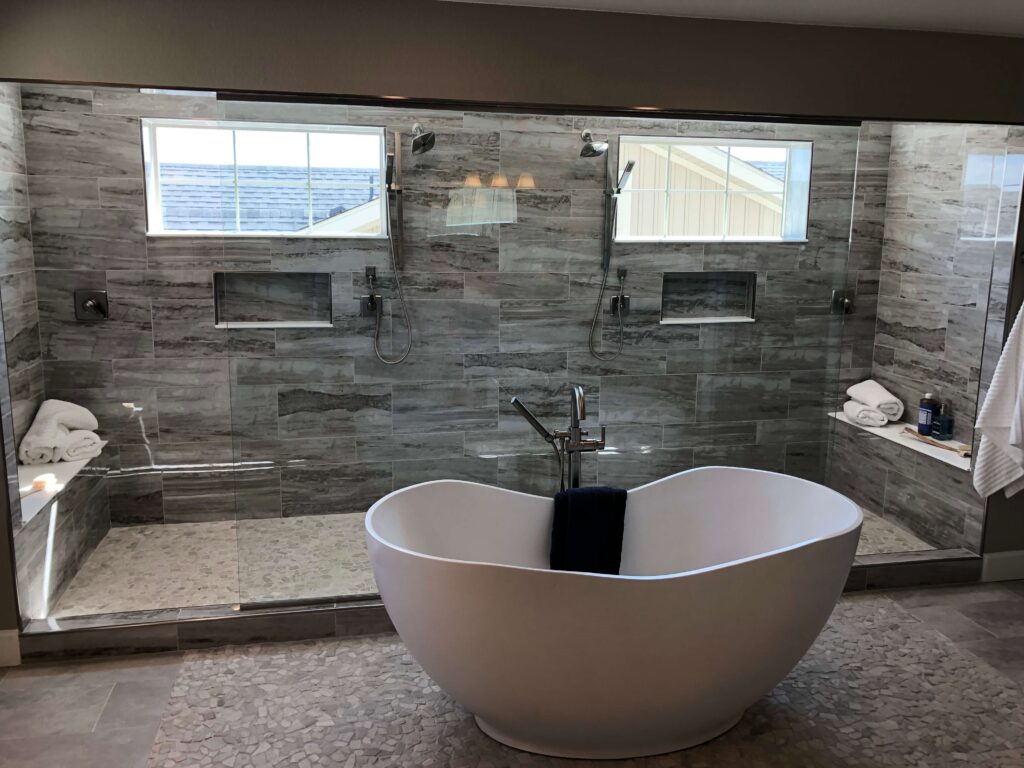 A shower big enough for a dinner party! 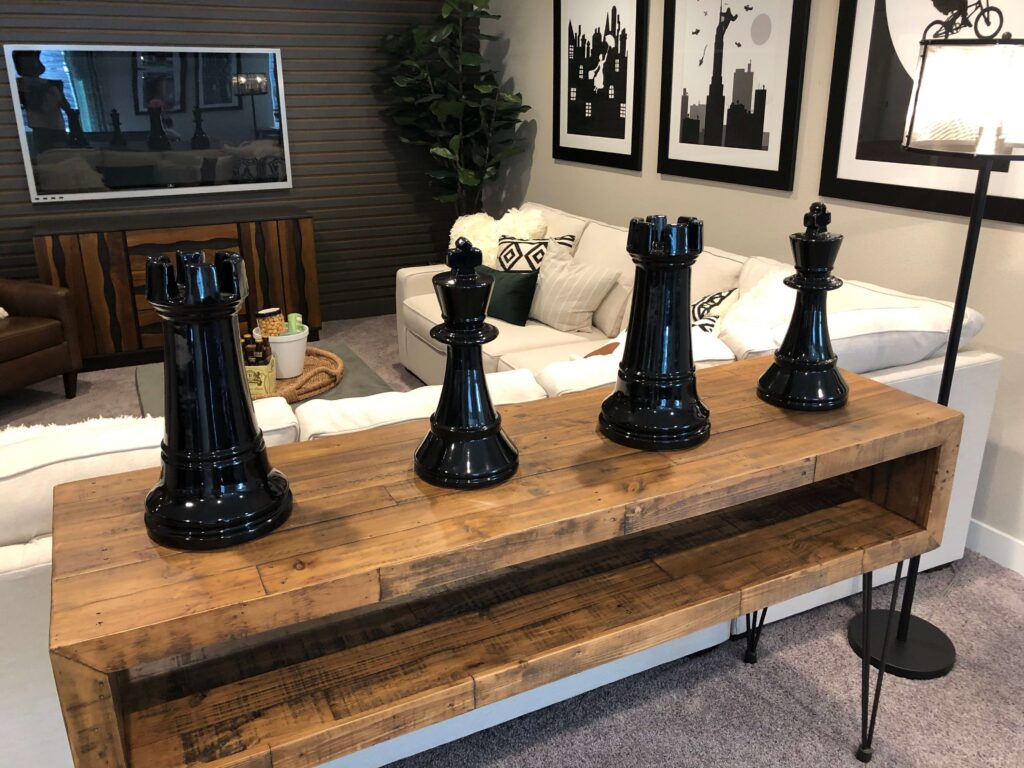 All chess-related decor items get a photo! Ha!

After seeing all these we went home as the forecast said we could have storms. Good thing we did as an hour later we had a severe storm here plus a tornado warning not far north of us.

We wanted to see a handful of homes in the northern part of the city, so we set out again the next day, on Friday, August 9.

This day we saw only four homes but had two that were winners.

If you’re following on the website, we saw homes 15-18. Here are our thoughts on each:

Here are some pictures from that day: 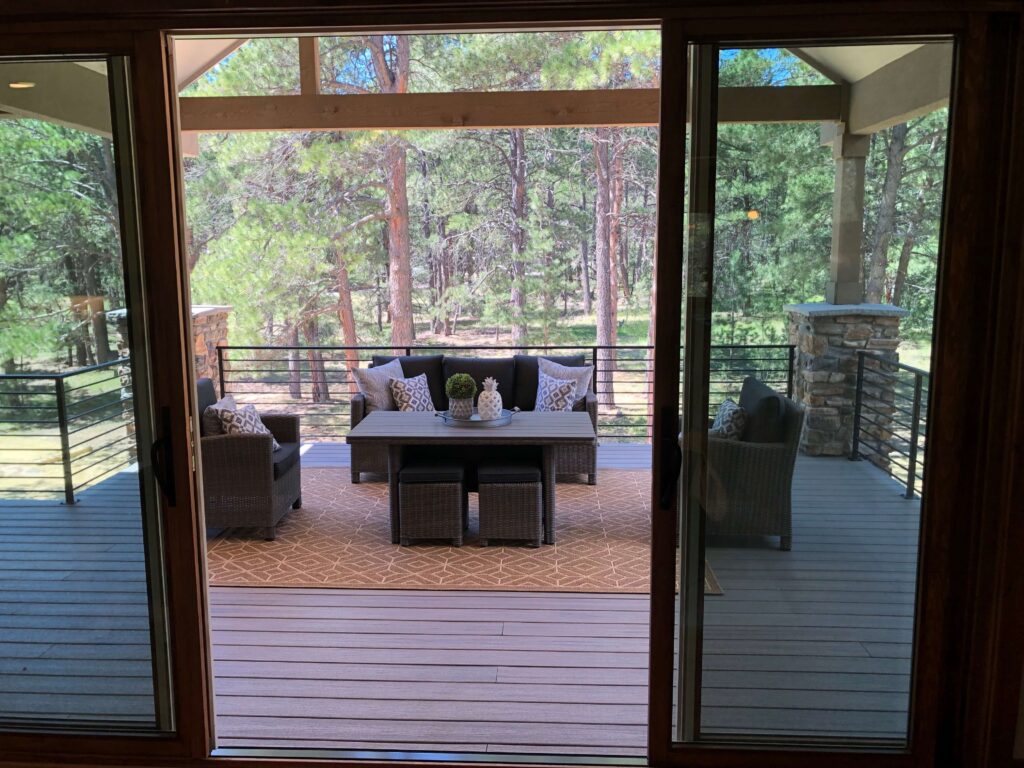 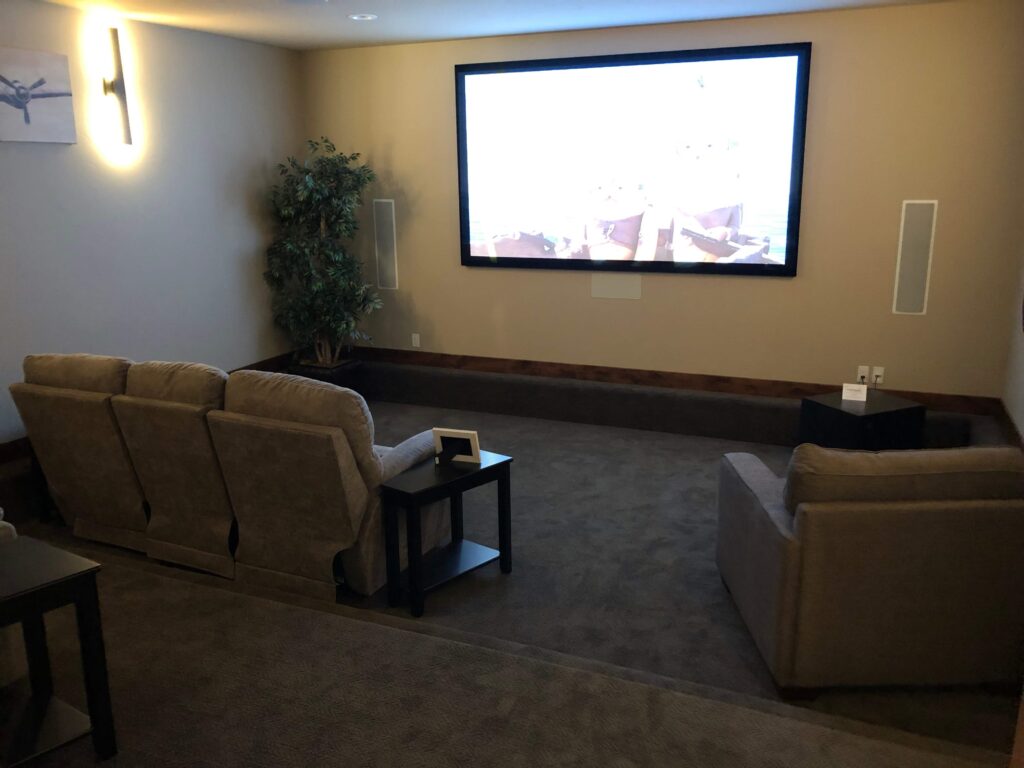 Not a great picture but the movie room was awesome! 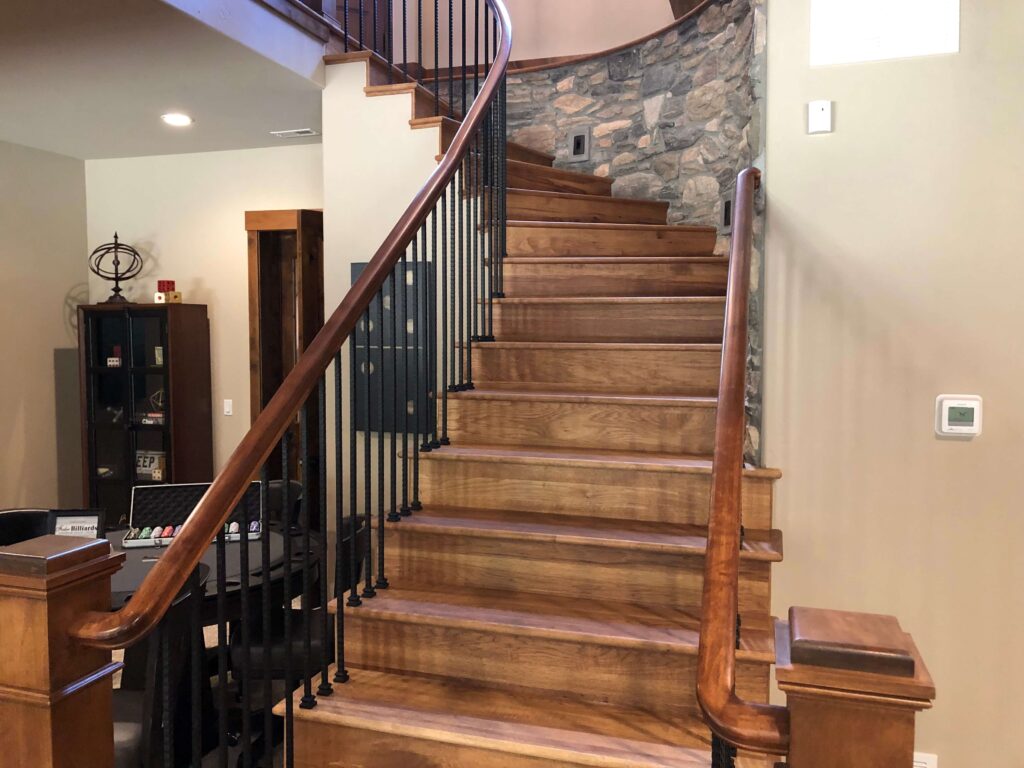 This gives you a feel for the style inside house 16. 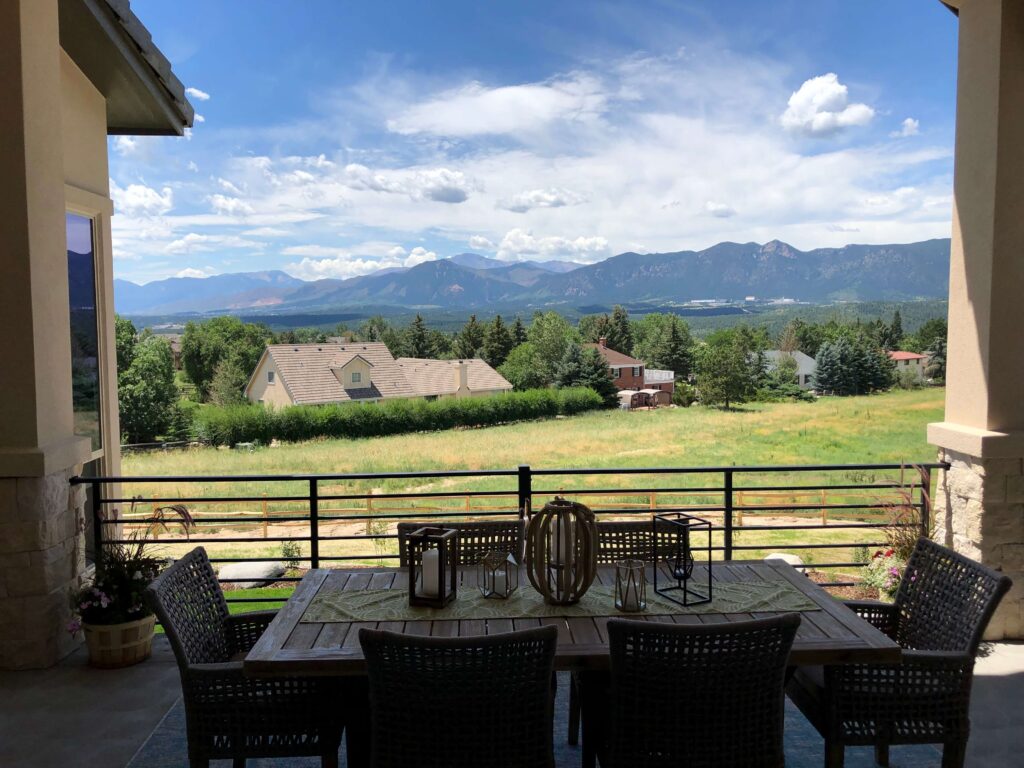 The deck view from house 17! 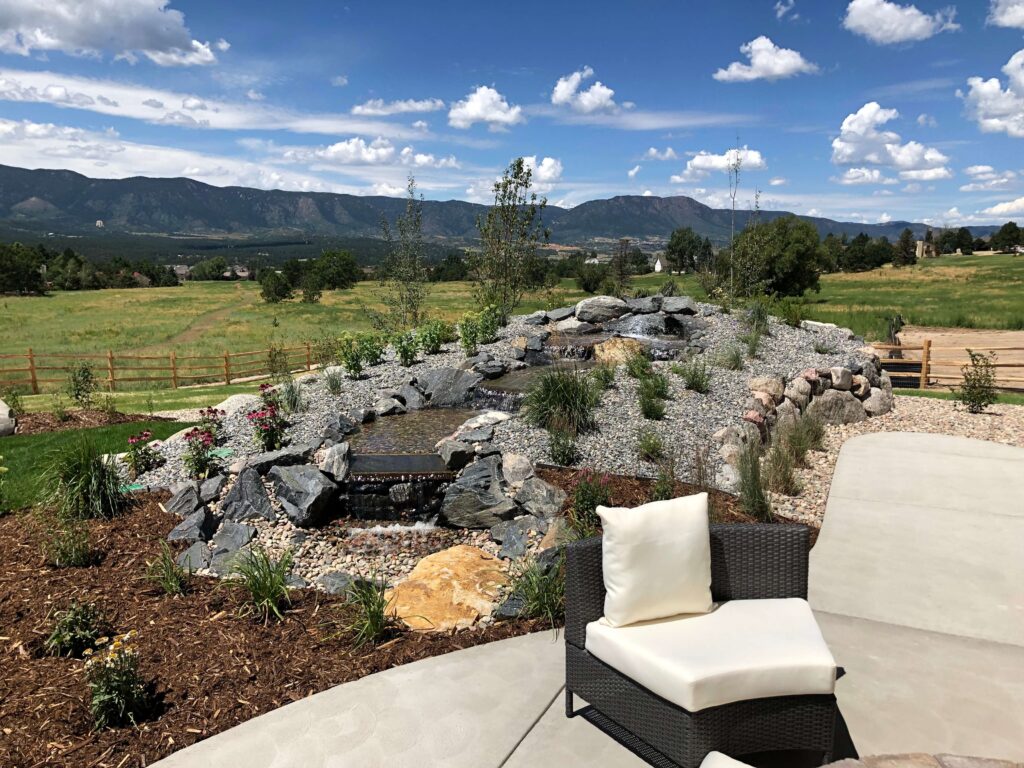 Outside area of house 17.

Our last day on the Parade was Thursday, August 15.

We had three homes in the southeast part of Colorado Springs to see plus I wanted to make a special stop (more on that in a minute).

We saw homes 27-29 today and had the following thoughts on them:

Here are some highlights of these places: 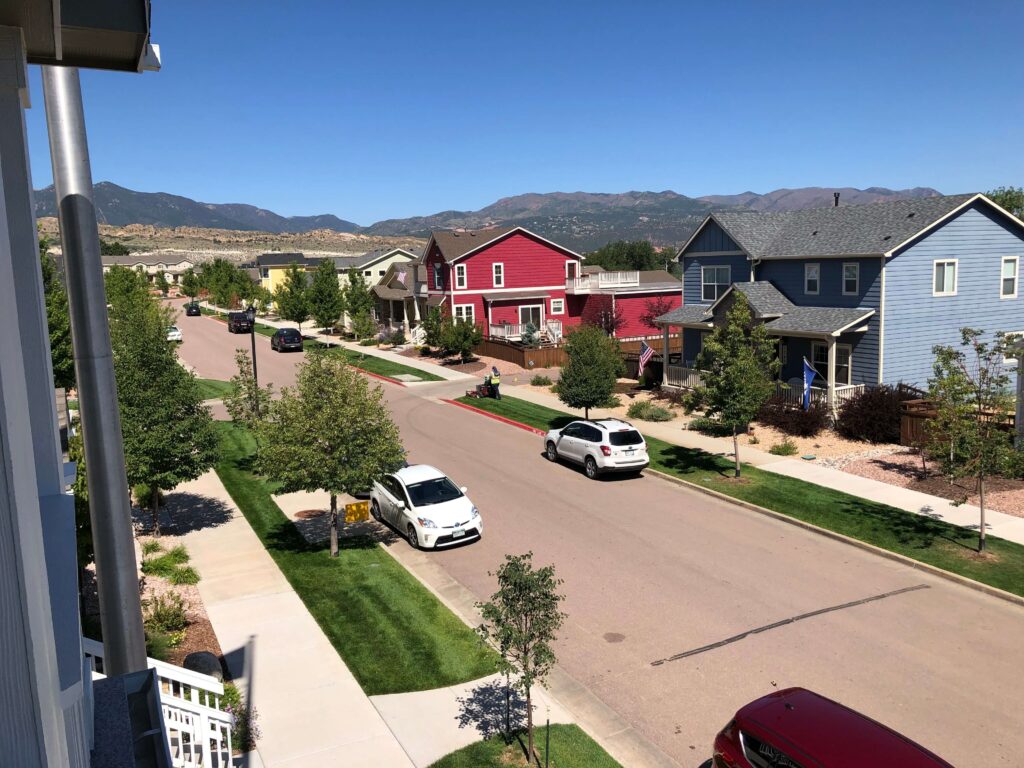 Here’s the cute neighborhood where homes 27 and 29 were — taken from the bedroom balcony of home 27. 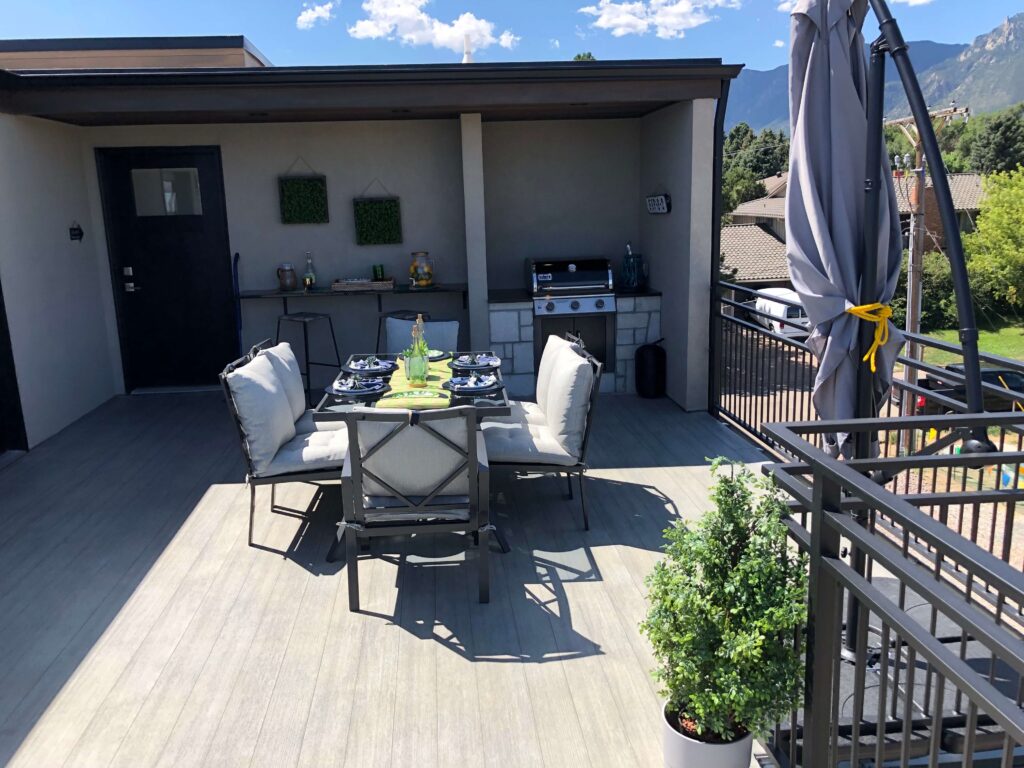 The rooftop entertaining area on house 28. 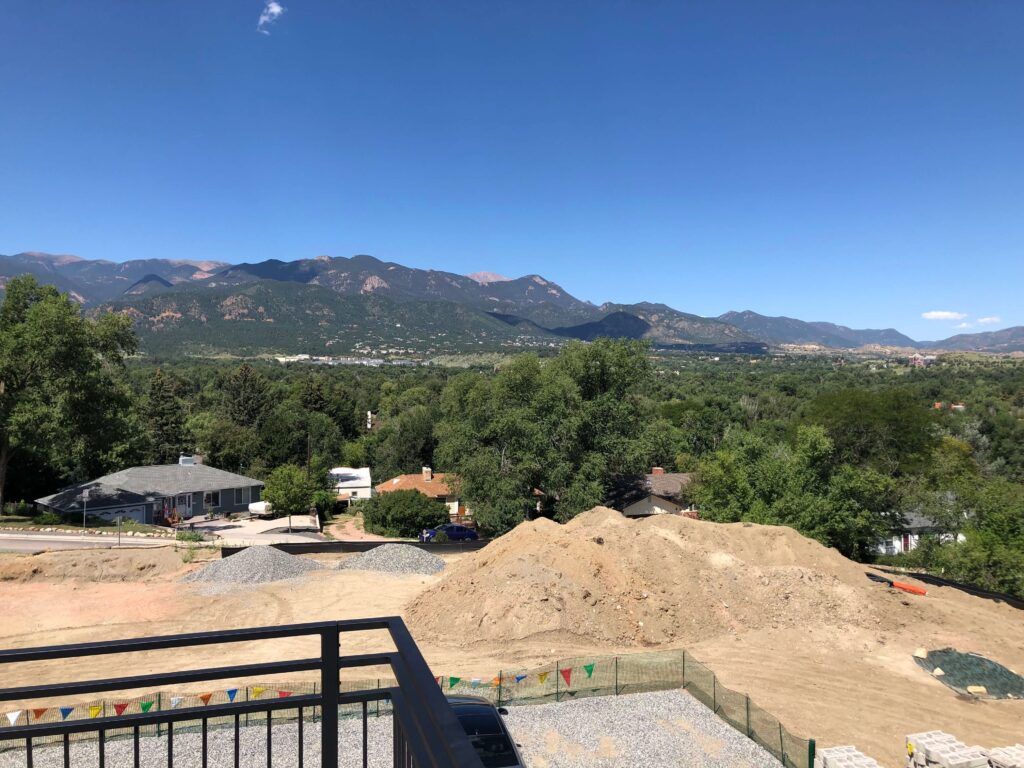 The mountain view from home 28’s rooftop. You can see they have some construction to do, but they said they would not impede the view.

After seeing these three, we went to Slice 420, home of the supposedly best New York pizza in Colorado Springs (a pickleball friend from Brooklyn told me about it). It was pretty awesome and I will certainly be back. In addition, they have an inspiring story about how the restaurant came to Colorado Springs. 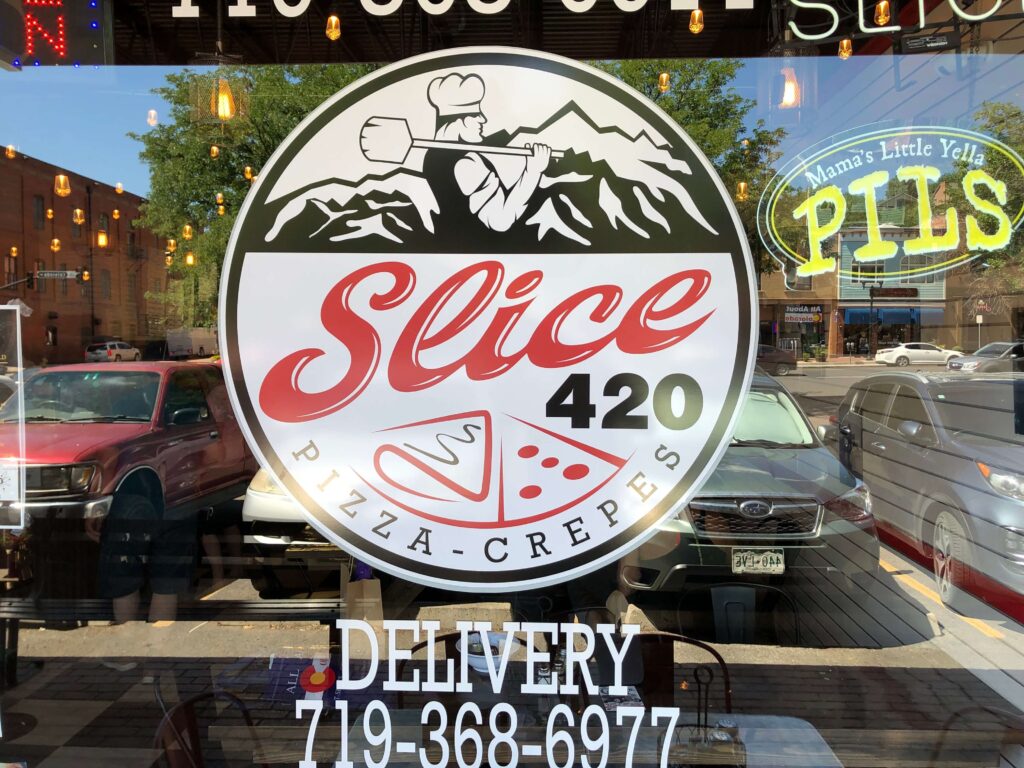 Just outside the pizza shop! 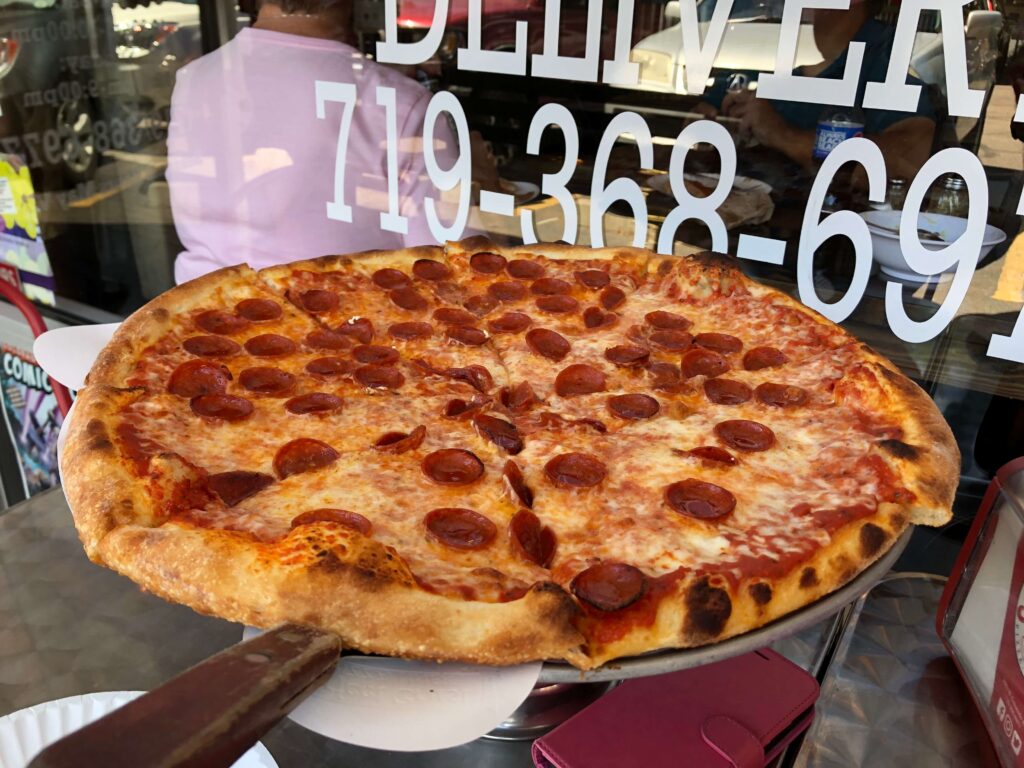 Summary of the Event

Whew! I’m exhausted just detailing all that! And to think, we actually did it all! Ha!

Here are the highlights from the 2019 Parade of Homes:

All in all, the Parade was another fun and inexpensive way to satisfy our longing to see real estate. We’re looking forward to doing it again for years to come.

Anyone else ever been on a Parade of Homes? Anyone else love looking at real estate?