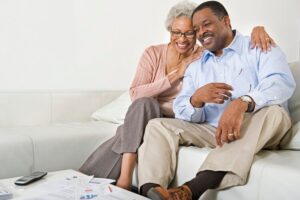 Over the next few months I’ll be sharing some thoughts with you from a book I absolutely loved.

It’s called What Retirees Want and is PACKED full of great information and statistics about the state of retirement today.
It’s not a how-to book or even something with practical action steps for people looking to retire, so I can’t recommend it as a book anyone should read to prepare you for retirement.

It’s written more for businesses who want to cater to today’s retirees — to know what retirees want so business can create products and services to fill those needs.

That said, if you’re simply interested in what most retirees think about retirement, this book is fascinating. It’s unique and on target because of the depth of research they have done on retirement.

Here’s an overview from their introduction:

We have reviewed thousands of papers, reports, and data sets, conducted hundreds of expert interviews and dozens of focus groups, and administered cutting edge surveys of more than 100,000 nationally and internationally representative respondents. We have endeavored at every step to understand retirement in its personal, social, economic, and cultural contexts.

And as someone who has written about the subject for 20+ years (and studied it as a result), interviewed retirees, read over 50 of the top retirement books, and, most importantly IMO, been retired myself for over five years now (which allows me to hang out with other retirees and hear their stories), I can say this book gets almost everything right.

From what I’m seeing, reading, hearing, and experiencing, they have done a great job at “understanding retirement.”

Today I’ll simply introduce the book as well as give an overview of what we’ll cover as we go through it.

We begin with a common understanding of the word “retirement” so we’re all operating from the same point of view.

Turns out the definition of retirement has changed over the past few decades. LOL. Who knew?

What does “retirement” mean anymore? Literally the word “retire” means to “leave” or “withdraw” or even “disappear.” In popular connotation, retirement has become the time to end your career, kick back, and relax in a life of leisure. Today, however, retirement is in the midst of an incredible transformation, and tomorrow’s retirement will have a whole new timing, meaning, and purpose.

The new retirement is not a time of gradual decline, nor is it about growing old quietly. Our studies find that increasing numbers of older men and women are not interested in “acting their age” and retreating to the sidelines. They’d rather rebel against ageist stereotypes and be productive and involved — even late blooming — in their maturity. They see retirement as an opportunity for new dreams, contributions, and personal reinventions with new interests, relationships, and ways of living. Passive leisure is being replaced by adventure travel, “edutainment,” and “voluntourism” as a vital, turned-on generation or retirees seeks new experiences and new ways to learn.

The book summarizes what it calls the “New Retirement Landscape” with the following:

In this book, we’ll be taking a holistic look at the various aspects and experiences of the new retirement and how so much will be both activated and transformed by the Boomers. Here’s a preview of some of the major zones we’ll be covering.

I’ll be sharing a summary of each of these “zones” and giving my thoughts on it.

We’ll begin with “work”, of course:

Work. Retirement increasingly includes some employment. Seven in ten Boomer workers expect to work past age 65, are already doing so, or do not plan to retire. Retirees work because they need the money; because they want to stay mentally, physically, and socially active; or simply because they love what they do. Many choose to work in new occupations, to start businesses, or to launch “encore” careers that give back to society. As we’ll be covering in depth in a few chapters, working in new ways is becoming part of the opportunity, adventure, enjoyment, and funding of retirement.

Lots to unpack here for such a short statement:

Leisure. Retirees also have the greatest time affluence and will be looking for new ways to enjoy it. In their everyday leisure pursuits, they seek to stay active and healthy. On special occasions, they seek memorable “peak experiences” such as travel, often with family. Retirees account for a disproportionate share of leisure spending, including over $200 billion annually on travel. Worldwide, over the next 20 years, retirees will have 50 trillion hours of leisure to fill.

On to the next topic…

Health. Health is the key ingredient to an active and happy retirement. The additional life expectancy at age 65 is over 20 years for women, 18 years for men. The average person can expect to be in good health for about half that span, and is probably already managing at least one chronic condition, hypertension being the most common. Loss of health is retirees’ greatest source of worry, and Alzheimer’s has become the most feared condition of age. The need for care naturally increases with age: while 16% of people aged 65-69 need care due to health problems or functional limitations, nearly 60% of those 85-89 need care. It’s almost unimaginable what retirees will consider doing and spending to retain their health as long as possible.

Family. Family is far and away retirees’ greatest source of reported satisfaction in life. Longevity produces three, four, five, even six generation families, and they will become increasingly matriarchal. Due to superior longevity, the larger number of older women has dramatic effect on family structure. Over 34% of women age 65+ are widowed, only 13% of men. Some 9.4 million older Americans, almost 20% of the total, live in multigenerational households and generational interdependency is on the rise.

We currently have three generations (my dad, us, and our kids), but would love to have four soon (my daughter and son-in-law are in no hurry to have kids, though). We’ll see, but as you can tell, we spend a lot of time with family — not just on vacations but in regular life. Our kids live in our city and we visit my dad or he visits us regularly.

We joke that my wife will live to be 125. She exercises a lot and eats very well.

Here’s the next one…

Home. Today’s retirees enjoy new freedom in where and how they live. Younger retirees move to their dream locations, older ones to where care and comfort are available. Many stay in place and renovate. Seventy-nine percent of those age 65+ own their own homes, and seven in ten of them are mortgage-free. Nearly 14 million older Americans live alone, 70% of them women, and approaching half (45%) of all women age 75+ live alone. About 2.5 million older Americans live in assisted living or nursing facilities.

This is a can of worms. Hahaha.

Finances. Less than half of Americans over the age of 60 feel that their retirement savings are on track, and on average they’ve saved only $135,000. So they enter retirement facing the need for financial and lifestyle adjustments. The median annual income of households headed by someone age 65+ is about $44,000, and the median net worth is over $230,000. Eighty-four percent of older Americans report receiving Social Security, and it provides 90% or more of income for 34% of beneficiaries. Retirees’ greatest financial concerns are costly health issues, rising cost of living, supporting their lifestyle, and outliving their savings.

Ugh. I am continually disheartened by Americans’ lack of financial readiness for retirement. But long-term thinking and planning is not at the top of the list for many. They go along with life and “suddenly” realize they need to save for retirement when they are 55 or so.

I can’t stand it…let’s move on…

Purpose. A strong sense of purpose keeps retirees more active, healthier, and happier. They believe that retirement is the best time to give back, and they are generous. Although often portrayed as self-centered, it turns out Boomers are the most charitable generation in history — in terms of both volunteer time and money. They account for over 40% of money donated and hours volunteered to charities and causes. Still, volunteering represents a small fraction of today’s retirees’ discretionary time. As we’ll explore in detail, mobilizing more retiree volunteers holds enormous potential for social good.

As many of you know, “purpose” is a loaded word with a sometimes vague and/or changing meaning depending on the book you read.

Some define it as “doing good” such as volunteering for a worthy cause.

Others (including me) define it as simply something that excites you — something that gets you out of bed in the morning. It could be spending time at a homeless shelter or it could be playing golf.

In other words, you do need a purpose, but what that purpose is remains completely up to you.

Well that gives you a great overview of what’s to come in this book. I’ll spend two or three weeks sharing on it a couple times a week and then will space out the posts a bit to give everyone some breathing room.

For the next post in this series, see What Retirees Want, Retirement Segments and Stages of Retirement.