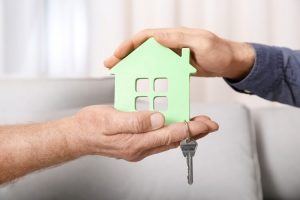 Buying a home is the biggest purchase most Americans will ever make, spending hundreds of thousands of dollars in one chunk. In addition, there are a whole host of associated costs — insurance, maintenance, taxes, furnishings, and on and on that make this a gigantic financial issue for all but the wealthiest of us. The impact buying a home can have on a family’s finances is enormous, so it’s imperative that we get it right.

Conventional wisdom used to say that buying a house was a financial no-brainer. That was when housing prices “always went up” and owning your home was the bedrock of solid money moves.

Then along came 2008 and blew conventional wisdom out of the water.

So the home buying decision is as tough and as important as ever. You want to get it right. You MUST get it right if you want your finances to benefit from a home purchase. And you certainly don’t want it to be a drag on you financially, because the size of the transaction is so large that this one buying decision can sink all your finances if it’s not done properly.

How Most People Buy Homes

Unfortunately, most people don’t get it right. Instead, here’s how they do it (or at least this was the old formula — perhaps the housing bust has changed this a bit, especially with the new bank regulations, which I will write about in a future post):

As you can imagine, this sends a family’s finances into chaos.

Ok, it’s probably not that bad for most people. But it’s not far from the truth for many Americans. As a society, we do stretch our finances as far as we can to buy our “dream home”, then we spend decades paying hundreds of thousands of dollars in interest. Is this a great way to grow our wealth? I think you know the answer to that.

Until recently when I needed to take a short-term mortgage until my old home sold (FYI, it was a nightmare process), I hadn’t had a mortgage in 18 years (FYI, I don’t have one now either as I paid off the recent mortgage earlier this month.). Yep, we completely paid it off over a decade and a half ago and haven’t looked back for a second (we haven’t had debt of any kind over this time). What do I consider the keys to doing this (and to buying a house in general)? Here are my suggestions:

How We Did It

Here’s how the process played out for us:

In the early years, I got the biggest thrill out of paying extra on the mortgage. I’d make an additional payment and wipe out six to eight payments at one time (Quicken would show me the results.) During the first year, I eliminated several years of payments on a 30-year mortgage (something like eight years) and the thrill of making such great progress simply built and built into a snowball of enthusiasm. Each payment I made had a dramatic impact on the total, which fueled more payments, which had more impact, which fueled more payments and so on and so on.

Then there were the big hits — when I got a bonus or when we decided to forego a big vacation to put it against the mortgage. These large impacts to the debt made a huge difference and added fuel to the fire.

As we got close to paying off the entire amount, we were looking for anything we could find to put towards the mortgage. When the day came when we paid off the whole thing, we were thrilled, but I don’t think we realized the comforting feeling that was to come.

It’s been a long time since we’ve had a mortgage, so much of the “newness” and “excitement” has worn off. But it’s been replaced with a very peaceful feeling. You often hear the words “debt freedom” talked about, but can’t really grasp what they mean unless you are free from debt. I can honestly say that there is a great financial peace in knowing you don’t owe anyone anything.

Since we’ve paid off our mortgage, we’ve been able to save a bundle and give more to charitable causes we support. We’re now on track to retire by age 55 with more than enough to live on and no debts outstanding.

Does This Work Today?

Some will say that things are different these days — that you shouldn’t pay off low interest debt (which a mortgage is nowadays) and instead invest those extra dollars. Here’s what I would say to that:

I can see the rationale. And for a disciplined person who really will save (not spend) the extra money, putting it into investments may be a better choice. Unfortunately I’ve found that only a very few are really disciplined enough to carry through with this sort of plan.

As I said above, there’s a true sense of freedom that comes from not owing anyone anything and that personal preference can’t be discounted. If I had a mortgage, I think I’d pay it off asap even if the numbers said it wasn’t the best financial move.

Note that a key part of my plan is not neglecting your basic savings for an emergency fund and retirement. These should come first before you pay off debt.

So, that’s what I have done and what I recommend. Thoughts?