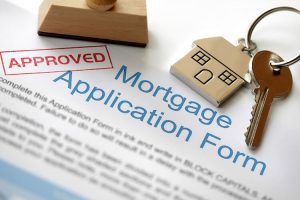 Now that everyone is up to speed on the fact that we’ve moved recently, let me share the saga of buying a house in the new city and selling one in the old.

Before I get into the details, let me start with how naive I was about the mortgage process these days.

It had been a long time since I had a mortgage (almost two decades) and there was a major real estate meltdown and banking crisis between then and when I needed to borrow.

I knew things had changed, but had no clue it was this bad.

Just so everyone’s on the same page:

Which brings up the following scenario:

We had a few options, but none of them really panned out. The ideas from our real estate broker:

We also talked about a bridge loan, but since we didn’t know when the OK house would sell, that wasn’t an option. So we were left with a conventional mortgage.

I bid out the mortgage between Quicken Loans and my realtor’s suggested bank (the advantage of working with the latter is that the realtor works with them and certain processes/document transfers are sped up.) In the end the price was tied, but since the realtor’s banker was here (plus had the other benefits), I went with them.

Now let’s review some financial facts before we get into the loan nightmare:

With these two points alone, the deal would seem pretty safe for the bank, right? The house could lose half its value and they could still sell it and get their money back if need be.

Plus we had so many other financial positives:

Roll all these together and you would think this would be the easiest loan in America to grant. But it was not.

They sent me a laundry list of documents they wanted. I spent two weeks digging up every trivial piece of information you could think of. There was the expected documentation like past tax returns, but they wanted things like a copy of the association dues bill from our house in OK.

And mind you this was going on while many of our records were in OK, my wife was in OK, I was in CO, and I was learning a new job. Ugh!

Furthermore, they told me early on that they weren’t sure I’d qualify for a loan. Uh, excuse me? Really? Eventually as the paperwork came in, they became more and more confident we’d get the loan.

I asked them along the way why it seemed so difficult to get a loan and why the documentation list was so large. They told me this was required as part of the new government regulations enacted after the economic collapse of 2008. What a pain for sure.

It All Came Together

In the end, we did get the loan and got the house. Some details:

We did consider other options besides buying a house in CO. These included:

If our kids had been out of the house (which is just a couple years away), we would have probably gone in a different direction.

In the end we ended up with a GREAT house, probably my favorite hove we’ve been in since we’ve been married.

So that’s the saga. Reading back over this post I see that I’ve gotten nowhere close to communicating what a painful process it was. But trust me, it was agonizing! And this was for a pretty qualified borrower. I wonder how people with questionable finances even get close to having a mortgage these days.

Anyone else out there had to deal with the mortgage process within the past five years or so? Was it difficult for you?