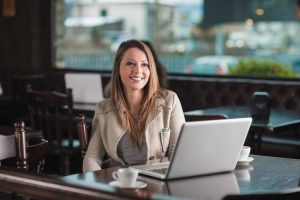 In How to Manage Your Career to Make Millions More I listed seven steps to making the most of your career.

Today we will be going into details of step #4: be attractive.

If you missed the other posts in this series, they are:

This is a topic many people either want to ignore or raise a fuss about. Doing either will not benefit you or your career.

It’s a fact of life that attractive people generally get ahead, get the breaks, etc. (which I’ll demonstrate with data later in this post). Don’t yell at me — I didn’t set the rules, I’m just recognizing them. It shouldn’t matter how you look, but it does. It’s a shame that it’s this way, but ignoring it doesn’t make it better, it makes it worse.

And just in case you’re wondering, I would rate myself as “average looking” so I’m not coming at this topic as some beautiful person telling the masses how they need to look better.

Obviously if being attractive is your only asset at work, you probably won’t go far. You still need to over-perform, be likeable, and so on. But in addition to those, you will grow your career at a faster rate if you are also attractive.

Fortunately for those of us who are less than supermodels and stud athletes, there are ways we can improve our appearance to help ourselves.

Before we get into what can be done, let’s look at some facts about appearance and job performance.

We’ll start with this Wall Street Journal piece which says beauty is more than skin deep. The article is an interview with Daniel Hamermesh, an economics professor at the University of Texas. Here are some of the more compelling quotes:

“You would think you could find examples of occupations where being unattractive wouldn’t hurt you at all. But in every one I have looked at, being better looking helps you. For example, you wouldn’t think it would matter much if you are teaching in college. But based on my studies, better-looking [professors] are more appreciated by their students.”

Next we move to the Smithsonian Magazine which asks how much being attractive is worth. An interesting quote from them:

“A handsome man is poised to make 13 percent more during his career than a ‘looks-challenged’ peer. Interestingly, the net benefit is slightly less for comely women, who may make up the difference by trading on their looks to marry men with higher earning potential. And some studies have shown that attractive people are more likely to be hired in a recession.”

The Huffington Post shares many of the same stats as above, but adds these:

“If you’re tall, chances are that you could be getting paid more than your shorter cohorts. One study revealed that every inch of height equaled a salary increase of about $789 per year. Based on this figure, a 6-foot tall person earns $5,525 more annually, as compared to a person who stands at 5 feet, 6 inches. In an attempt to explain this pay gap, researchers studied the DNA of 6,815 unrelated participants and found a direct link between height and intelligence. In short, the test results found that taller people are smarter and thus get higher-paying jobs.”

“According to a Forbes article, overweight workers are paid less than their normal-weight counterparts. On an annual basis, heavy women earn $8,666 less and heavy men $4,772 less than their trimmer colleagues.”

“A study found that, on average, workers who exercise routinely earn 9 percent more than their sedentary peers, according to a Time article. Workers who exercise three or more times a week can beef up their weekly pay by $80, as compared to their deskbound peers. Even weekend warriors can benefit from sweating it out, making slightly more than 5 percent in additional pay.”

“According to a Forbes article, a study showed that blondes get paid 7 percent more than female workers wearing another hair color. The boost in pay is equal to the pay bump that a worker would realize from an extra year of education, according to the study.”

“Another study found that women who wear makeup can earn over 30 percent more in pay than those who don’t wear it, according to PR Newswire.”

What Can We Do About It?

Ok, so let’s say you’re beauty challenged. What can you do to make yourself more attractive?

Well, the results are mixed on this one. Some research says there’s nothing you can do while others say there are some very clear things you can do.

After sorting through them, here’s what I say could make a difference:

1. Be tall. I know, not a lot you can do here. But women can wear high heels and men can wear some sort of heel to give them an extra inch. That’s an extra $789 a year!!! Fortunately I’m almost 6 feet 4 inches tall so this is the one “attractive” feature I have in my favor through genetics.

2. Get to an appropriate weight and exercise. These two are likely tied together. Not only will you likely feel better and save on everything from life insurance to medical bills, but you’ll also earn thousands more each year.

3. Dye your hair. I know. Now we’re getting personal. But with every shade under the sun (blue, green, and all the rest) that women wear these days, why not simply choose blonde? Isn’t 7% more in earnings worth it?

4. Wear makeup. An extra 30% seems high to me, but even if it’s worth an extra 5%, it’s worth it! Oh, and this is only a tip for women. Most men wearing makeup would probably decrease their earnings!

5. Dress well. You’ve heard the old saying, “Don’t dress for the job you have but dress for the one you want”, right? There’s a reason it’s still around — there’s some truth in it. As a sub-point of this, there appears to be evidence that women can earn more by wearing skirts.

6. Develop great hygiene habits. This should be common sense, but do things like take a shower, brush your teeth, comb your hair and so forth. A small bit of effort goes a long way.

In addition to these tangible things, remember that being attractive is more than just about looks. If you are a pleasant person and fun to be around, you will inherently be more attractive. In other words, be likeable and you’ll be more attractive!

I’m sure ESI readers have lots of thoughts on this topic so let’s hear them in the comments below.