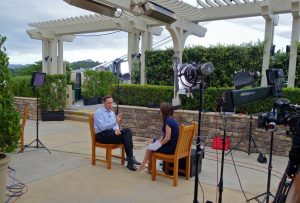 In my post Not Experts: Financial Advisors. I had a reader ask (in part) the following:

So let me ask you, if you ruled the world, how would you change the system?

My answer (in part) was as follows:

1. Not only know what they were talking about intellectually but also be able to implement wealth-building principles in their own lives and have a reasonably solid net worth to show for it.

2. They would act in the client’s best interests, even if those interests contrasted with theirs. As such, they would be completely trustworthy.

If these two things could be made to happen, I think customers of the financial services industry would be much better off.

In theory, the second one is covered. From the National Association of Personal Financial Advisors website:

Following the NAPFA Fiduciary Oath means I shall:

* Always act in good faith and with candor.
* Be proactive in disclosing any conflicts of interest that may impact a client.
* Not accept any referral fees or compensation contingent upon the purchase or sale of a financial product.

There’s a lot more to it than that and it’s an impressive statement/goal. My thinking is that it’s a “nice thing to have” but that most financial advisors don’t follow it. Kind of like the way companies post mission statements in their lobbies and never consider them again. Also there’s a lot of gray area in there and room for interpretation.

Anyway, I’ll leave this part alone for this post. I want to focus on part two.

Here is part two of what I suggested:

Not only know what they were talking about intellectually but also be able to implement wealth-building principles in their own lives and have a reasonably solid net worth to show for it.

This got me to thinking about financial “experts” — not just advisors but also those in the media, those that write books, those that in any way hold themselves out as experts.

Wouldn’t knowing this be very helpful?

Then I took it one step further for #2 above and asked:

Why don’t they publish the net worths of financial “experts”?

Imagine this: at the start of an article, right under the headline and author’s name, you see something like:

“Jeff has amassed a $3.5 million net worth using the principles he teaches.”

You’d think, “Ok, Jeff, I can learn something from you! You know what you’re talking about!”

Conversely, if it read:

“Jeff has amassed a $35,000 net worth using the principles he teaches.”

I’d think, “Uh, Jeff, come back to me when you’ve got an extra million or two.”

Imagine the impact on TV and radio too:

It certainly would give you some perspective, wouldn’t it?

An off-shoot of this would be some description of how they earned their money. For instance, there’s a whole host of people who have become wealthy because they created a business of some sort and it exploded, not because they know how to handle money over the long term. If you knew this and the person was talking about how to hit it big developing your own business, you’d have reason to listen. But if they were advising you on basic money principles, you might be a little more skeptical. Maybe not, but worth considering.

Sharing Education and Net Worth

#1 above might even be more enlightening. What if they disclosed educational background with net worth? Consider these options:

Here’s how I would process that information:

So there you have it. My plan for separating the pretend “financial experts” from the real ones. Or at least giving people more information so they can decide whether the source is credible or not.

What do you think? Good idea or bad? What would you change about it?