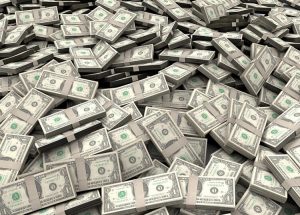 Summary: Some say that hitting your first million in net worth is harder than hitting subsequent million-dollar milestones. This post examines whether or not this is true.

Today we’ll discuss this topic and uncover why I believe it is true.

The First Million and Google

Whenever you want to know something the first place you stop is Google, right?

So I typed “the first million is the hardest” into the top search engine and got the following as the first three results:

Article #1: The psychological reasons why earning your first million is the hardest

Article #2: Why The First $1 Million Is The Hardest

One of the reasons that the first $1 million is so hard is that it is such a large amount of money relative to where most people begin. To go from $500,000 in assets to $1 million requires a 100% return – a level of performance very hard to achieve in less than six years. To go from $1 million to $2 million likewise requires 100% growth, but the next million after that requires only 50% growth (and then 33% and so on…).

Article #3: Why is “the first million the hardest”?

Money makes money, and money made from money is taxed at a much lower rate than money made from work. With a million dollars, you don’t even need to work to make the next million. You just need to invest prudently, hope the economy doesn’t collapse, and wait patiently. Making that first million sounds pretty dang hard by comparison.

Why the First Million is the Hardest

Let’s pull all the above together and summarize what they say. The first million is the hardest because:

My First Million was Certainly the Hardest

I didn’t realize just how true this saying was in my life until I opened up Quicken and looked at the numbers.

Here’s the amount of time it took me to reach various stages:

So you see the old adage is true for me. The first million was the hardest, the second was next hardest, and so on.

Here are the major milestones that hit during each of these times:

I know there are at least a few, if not several, ESI Money readers who have at least $2 million in net worth.

If you’re willing to share how long it took you to make it to each $1 million level, that would be great.

It will be interesting to see if the principle held true in your lives as well.

And for those of you looking to hit your first million, here are the steps I’d take today if I was younger and trying for $1 million or more.