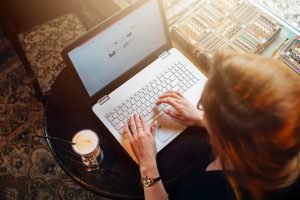 Here’s our latest interview with a millionaire as we seek to learn from those who have grown their wealth to high heights.

Today our interview is with Ms 99 to 1 Percent from 99to1Percent.

My questions are in bold italics and her responses follow in black.

How old are you and how long you’ve been married?

First and foremost, we want to thank you for giving us this opportunity.

ESI Money is one of our favorite blogs because we can really identify with what you talk about (Earning, Saving and Investing).

It’s also not surprising that our readers keep mentioning how ESI is one of their favorite blogs too.

Now, to answer your question, we are 36 years old and we have been together for 7 years, married for 5.

We have a one-year-old daughter. She’s the life of the party, always smiling, and entertaining people around her. She enjoys being the center of the attention. Not sure who she got that from? lol

We live in the suburbs of a major metropolitan city. It’s a HCOL (high cost of living) area but we love the opportunities it offers and the fact that we are close to family.

What is your current net worth and what are the main assets that make up your net worth? Any inheritance?

What are your jobs?

What is your annual income?

How did you grow your income so high and what are your main sources of income?

Our income started low because we didn’t know we had to negotiate or ask for raises. It would have been great if blogs like ESI Money existed 10 years ago, we could have avoided that costly mistake. 🙂

We started realizing how underpaid we were and set a plan in a motion to increase our salaries.

Ms99to1percent realized how underpaid she was once she started filing taxes for her colleagues and realizing she was the least paid, even though she was the team lead and best performer. She was even the National Performer of the Year out of 3,000 employees.

Mr99to1percent also realized he could get paid more when HR sent him an email by mistake that showed the salary of a new employee that was going to be reporting to him. The new, less experienced employee was going to be paid more than him. That explained why HR never wanted to involve him in salary negotiations of his direct reports!

After these negative experiences, we set up plans to try to double our salaries within a short period of time.

Ms99to1percent got her employer to pay for her CPA; and then jumped ship to the best paying and fastest growing employer in the industry. She also has a tax prep side hustle that brings in income.

By being a contractor, he’s able to charge a high rate and for every minute he works. And due to his strong resume, network and reputation, he has never gone without a contract and he’s been doing this for 4 years.

We also have the consulting business that brings in some income. Some of the profits, that are kept in the company/reinvested, are not counted in our $400,000+ annual income.

We also developed a product under the company, and it took us a few years to bring it to market. But we didn’t do it justice by promoting it enough. We only promoted it on LinkedIn and to only people we knew and for a short period of time.

But after starting blogging and learning how to promote a blog from the pros like ESI, we have decided to re-launch the product and this time really promote it hard.

The product is currently being used by universities around the world for free but we don’t have a paying customer yet, and we hope to change that with the new marketing strategy.

Did you get any inheritance?

We didn’t get any inheritance at all; it’s actually quite the opposite. We started off very poor and had to fend for ourselves. We tend to be the ones to help out our parents.

For example, when in college Ms99to1percent gave all her co-op earnings to her mom to help her with a down payment on a house. Her mom also has very little saved up for retirement and we expect to help her once she retires.

We also help Mr99to1parcent’s parents with their medical bills and ad-hoc expenses.

What is your annual spending and what are the main expenses you have?

Our annual expenses are very low considering we live in a HCOL are.

Our biggest expense is daycare at $20K for our 1-year-old daughter. Our annual expenses total $56K/year, which is about 15% of our income.

The rest of our income goes into taxes (6 figures), investing, giving and aggressively paying off the mortgage.

What money mistakes have you made along the way that others can learn from (or something you’d do differently)?

We have made many mistakes along the way. The most recent one was this past spring when we tried to pursue our lifelong dream of starting a school for kids, especially underprivileged kids. We thought it was going to be easy; however, we ran into roadblocks after roadblocks especially having to deal with the government bylaws and bureaucracies.

We ended up spending/wasting thousands of dollars all for nothing. We decided to suspend the project and relaunch it again once we FIRE and have enough money and time to deal with everything.

The lesson we learned was that you really have to research, research and research some more especially when you are planning to start an expensive project.

What have you learned in the process of becoming wealthy that others can learn from (what can others apply to become wealthy themselves)?

It’s ok to try and fail but it’s not ok to fail to try. Every time you come up with an idea, write it down and go for it especially if it’s an idea that’s not going to cost you an arm and leg. For example, when the idea of starting a blog popped up, and we decided on the name, we set up the blog right away, and started writing and officially launched pretty quickly after publishing only 2 posts.

Another lesson we learned from Ms99to1percent’s parents is that marrying the right partner that you love but that also shares your vision is very important. When Ms99to1percent parents were divorcing, their businesses also went downhill. And the dad told Ms99to1percent “When you marriage fails, your business is bound to follow. Money might not buy you happiness but happiness and team work can bring you money and wealth”.

Do you have a target net worth you are trying to attain?

We are trying to reach $4M by 45 years old mainly because we want to leave a legacy for our child(ren) and don’t want them to go through the same struggle we went through.

And also, because we want to pursue our lifelong dream of opening a school for kids. We want to leave the world a little bit better than we found it.

What are your plans for the future regarding lifestyle?

Ideally, we would want to retire from at least our 9-5 jobs around 45 years old.

And hopefully our side hustles would have grown enough for us to pay other people (and pay them well) to manage the businesses.

And eventually, we would want our kids to get involved in the businesses, because we are really doing all of these for them.

Is there any advice you have for ESI Money readers regarding wealth accumulation?

Just hustle and hustle hard, if not for yourself, do it for your kids, grandkids, underprivileged kids…Try to leave the world a little bit better than you found it.