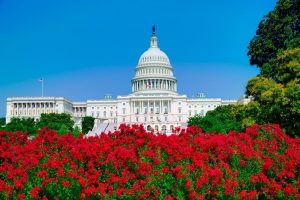 The other day I listed all the jobs I held in high school and detailed what I learned from them.

Today I want to continue this series by sharing the jobs I held while in college.

As a freshman, I worked in the library as part of a work-study program. It was a simple job and for only eight hours a week.

I didn’t get any lasting impressions/benefits from it, though it was the first job where I got paid for using more brains than brawn.

The next three years, I worked as a staff assistant, a scholastic-based assistantship, in the alumni office for an average of 15 hours a week. This was one of my “break-through” jobs because it taught me so much. For instance, I:

Law Internship and Summer in DC

In the summers I worked at the same grocery store that I talked about the other day, so there’s nothing new to add there.

During my junior year in school, I took an internship with a local lawyer. I worked eight hours a week in his office, mostly looking up old law cases that he could use for trials/arguments and writing up a summary of them.

I learned one HUGE lesson from this job: I hated what lawyers did (for the most part). This was vital because up to that time I had planned on going to law school. But after this I switched directions and with the help of the alumni director got turned on to marketing — which has been a perfect career for me.

This is one reason I’m such a supporter of internships — they not only give you some good experience that you can put on your resume, but they also let you discover whether or not you really like the field you’re working in. For a 20-year-old, those are two GIGANTIC benefits!

The one other job I held while in college was that I spent the summer of my junior year (I would be a senior that fall) in Washington, DC working for the federal government (executive branch) as an intern. It was a very enlightening experience and I got the following from it:

That’s it for this round. Next in the series is My Jobs, Graduate School.