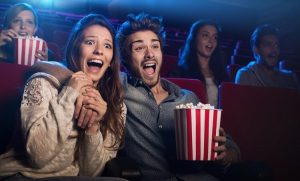 The other day I listed all the jobs I held in college and detailed what I learned from them.

Today I want to continue this series by sharing the jobs I held while in graduate school.

While I was getting my MBA, I had two jobs.

The first was during the school year (both years). It was an assistantship where I ran the university movie theater as well as supervised some dances in the student union.

I had to work EVERY Friday and Saturday night from 6 pm until 11 pm or so (sometimes later), but it paid all my tuition, room, and board (I think, but not sure on this one) as well as $300 a month (a fortune to me) and gave me some great work experience.

Here’s what I learned from the job:

In the summer between my two years in grad school I got an internship at a good-sized company. It was my first “real-world” job and I learned a lot from it including:

So that’s it — we’re now through with all my pre-college and college jobs. For the next post in this series see My Jobs, Introduction to the Real World.