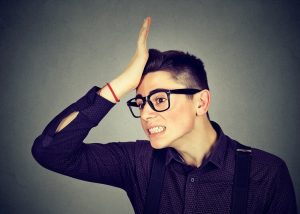 I’ve now shared my pre-college jobs, my college jobs, and the jobs I held while in graduate school. Today we’ll cover my first “real” job.

The fact that I had this job at all was somewhat of a miracle. I had set a goal of working for this Fortune 500 (top 25) years before in undergraduate school. The professor classified them as “the best” company that did what I wanted to do and I wanted to be part of “the best”. In fact, I picked my graduate school because I knew this company recruited there.

But for some reason, I missed the sign up to get an interview with the company when they were on campus (they were very popular and were talking to both undergraduate and graduate students for a variety of positions.) So I went over to the room they were interviewing in and asked the scheduler if I could squeeze my way in to talk with someone.

She had mercy on me and got me an end-of-the-day slot (not a great time as everyone would be tired, but beggars can’t be choosers.) I impressed the interviewer enough (somehow — I knew NOTHING back then about interviewing) to get to the next stage, an hour-long quantitative test they required all potential employees to take. I was done by 6:30 pm or so.

A couple weeks later, I received a phone call and they wanted me to fly down to their headquarters. I did a couple weeks later, ran through the interview grind, and somehow (again, I didn’t know anything about interviewing, though I did hear once I was hired that my test score had been one of the highest that year and that made a big impact on them) by the end of the day I had a job offer. I was such a greenie that I accepted it that day. Ugh. But I had done what I set out to do — gotten hired by the company I wanted in the field I wanted. I was now part of “the best.”

Once I started my job a few months later, I learned an amazing amount at this company, as you might expect, including the following:

Despite all the bad that happened to me at this company, it was the best resume builder I could have imagined. Just having worked at this company, even though it was only for two years, got me job offer after job offer.

Even today, twenty five years later, when I tell people I worked for this company, they are impressed. Simply having worked there, despite the fact that my time wasn’t successful (people know that this company is known to be a very trying environment), has been the biggest factor at making my career a success other than me working hard through the years. It’s been invaluable and a key reason I’ve been able to grow my income as I have.

As you can tell, my first job was an education in and of itself. I’ll post soon on job #2, one of the jobs where I had the most success in my career. Unfortunately, “what goes up, must come down” held true at this company as well.

For the next post in this series, see My Jobs, Second Job a Winner.