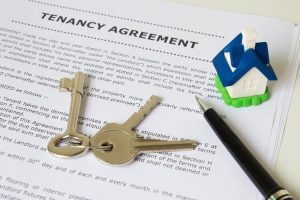 I’ve talked a few times about the fact that I own rental real estate.

Today I want to share with you how I got started in it several years ago.

It all started several years ago when my son began playing basketball. A couple years into the process, a new family joined the team. Their sons had never played basketball, but they were both over 6 feet tall (at 14!) and still growing. It became my project as assistant coach to help them get up to speed as quickly as possible (FYI, several years later, they both were good/above average players.)

As a result of this effort, our family got to know the boys’ family quite well. We saw each other at practices, interacted at games, and eventually got together a handful of times at their house (they live on a lake — a PERFECT location on a hot, summer day.)

During these times I initially found out that the father did something in real estate. Ultimately I discovered he sold (as a real estate agent), purchased and flipped, and bought and rented out real estate.

This was his sole means of income, and while they weren’t extravagantly wealthy, they were doing fine financially (at least from outward appearance, which I know can be deceiving.) Better yet, as I got to know them he seemed both knowledgeable (he seemed to know what worked and what doesn’t in real estate — and very practical in his knowledge) and trustworthy.

The Light Bulb Goes Off

I never really thought about his business and how it could apply to me until two things happened:

I then decided to find out a bit more about real estate in my market, so I asked my friend, Eric (the dad of the basketball boys), to lunch to discuss the subject. He spent an hour and a half answering my questions about rental real estate in general as well as the specifics of what was happening in our market. He also volunteered to drive me around if I actually wanted to see different parts of town or even meet again if I had more questions.

During our conversation I asked him about potential returns in our area. He answered as follows:

From that meeting I took three months and read every library book I could find on rental real estate. Along the way I took notes and developed questions. I also searched online for more details and specifics. Then after I had this accumulated “book knowledge”, I called Eric back and set up another lunch. We discussed various topics and he answered my questions.

Then I asked him a point blank question:

Could I invest in rental real estate in our market, not in the worst areas of town but in “decent” areas, and earn 10% income back on my investment after expenses but before taxes and depreciation?

We then had a bit more discussion and decided on the following plan of attack:

And that’s how it began.

Eric set me up with a regular email notice where I would get updates when new rental properties hit the market. He also sent me everything for sale in the rental market within our main county.

I looked through 200 or so different properties (on paper), trying to determine a pattern for what worked and what didn’t (or at least some sense of what was a good deal and what wasn’t).

He also sent me details on places that have sold, including his best guess on what the rents were for each property. This way I could estimate the sort of returns people were getting on their investments.

The process worked quite well (I’ll post soon on the properties I purchased.)

Where the Cash Came From

To bring this post to a close I should address where I got the $300k to invest. It came from the following sources:

BTW, I considered buying properties through one of my IRAs, but since I might have wanted access to the income prior to retirement AND there are added fees (in the neighborhood of 1%) with purchasing this way, my CPA advised me not to buy through an IRA.

In conclusion, I want to note that in the returns above I am not factoring in any benefit of potential property appreciation. This could be substantial over a long period of time given that my real estate was purchased near its low point.

To see how my efforts panned out, read Financial Details of My Real Estate Investments.