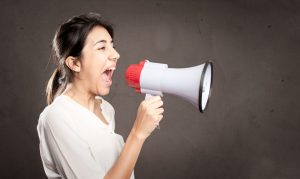 I normally don’t do a post on Tuesdays, but there are several miscellaneous announcements I want to share.

If you’re not interested in knowing what’s going on here at ESI Money, another money-related post will be available tomorrow.

But if you are, here are some things you’ll want to be aware of…

My Millionaire Interviews series is very popular because it’s great to learn from others how to become wealthy.

But one of the drawbacks is that the series excludes a large number of readers from telling their stories. I want to change that.

I will interview readers on their finances, focusing on how they are doing with earning, saving, and investing (similar to this post).

The interviews will provide everyone a great opportunity to share their stories and ask for feedback.

I’ll be holding a couple giveaways in the next two weeks (including one at the end of this week) — giving away some gift cards and some silver American Eagle coins.

Stay tuned as you won’t want to miss those.

In addition, I’ll have some giveaways early next year as well.

In the past two months I have been on four trips (two by car and two by air). Whew! I’m exhausted!!

I have some great trips coming up (including what we’re doing to replace our canceled cruise) and want to share them with you.

As you know, I post reader questions now and then so anyone can get advice from the ESI Money community.

If you’d like to be featured in one of these posts, simply send me a note.

If you’re considering doing that, here are a couple things you’ll want to keep in mind:

It was a great time and I met many awesome people there.

I’ll be headed to Orlando next year in case anyone wants to join me. 😉

My personal policy is that I do not include links for items I do not either use personally or endorse for people in a specific financial situation.

Over the life of this site, I’ve basically stuck to the “I do not include links for items I do not either use personally” part of the above.

My rationale has been that if I don’t use something, I don’t recommend it.

That’s a fine policy in theory, but it gets a bit sticky when you consider:

My thinking really got impacted when I went to Fin Con last month and saw a ton of good companies that I would not use. So I wrote them off. Then it came to me: just because I wouldn’t use them doesn’t mean they couldn’t be helpful to my readers who might want to know about some great options for managing their money.

So it’s likely that you’ll see an article now and then for a product or service that I don’t use but that I think will be helpful. These will be noted as such when they are posted, but just wanted to give you all the backstory in case you were interested.

That’s all for today. Hope you are having a great day and easing into the holiday season!