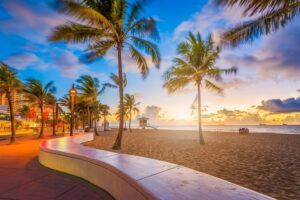 Well, it’s that time again — time for another retirement update where I share what it’s like in the retired world of ESI! And there’s some big news in this post!

FYI, I did an update in August titled Retirement Update: 6 Years. If you missed that you may want to go there first to catch up.

FWIW, this might be my last “official” retirement update for several months. That’s because I’m headed to Florida this winter and will likely give monthly updates from The Villages (like I did last year). These will provide more than enough details as to what’s going on with us in retirement. We’ll see what I decide to do. As you’ll find out in a moment…we’re kind of in flux right now.

With that said, let’s get started with the big news…

We Bought a House in The Villages

Yep. We just bought a place in The Villages (TV). Actually, we’re in the process of buying and close in late November. Here’s how it all came to be…

Our plan had been to rent there early next year and (hopefully/maybe) buy a place near the new town square of Eastport in 2023.

A few months ago, that looked like a reasonable plan.

But as things have developed, it appears that Eastport won’t be done and homes around it available for much longer — 2-3 years down the road (maybe 2024 or 2025).

This meant that we’d be renting for this year AND two more years most likely…and even then the developments we would like might not be the first they completed…so our wait could be longer. Rental prices are going nowhere but up with Jan-April at $18k (this year — what we locked in back in May — it’s much higher now), will be $20k+ next year and look to be even higher the year after that.

When we began looking at $60k in rental fees over three years not to mention the hassle of trying to find a place, get our stuff down there, and all the associated issues with renting, we thought about buying a small place, using it as a vacation home (for 4-8 months a year), and if need be, selling it if we didn’t like it/no longer wanted it (FYI, when you buy a new home in TV you sign an agreement saying you won’t/can’t sell it within the first year).

We talked to our agent and there was only one village we were interested in between now and the development of Eastport (from what we know currently and what the agent knows) and that’s the Village of Richmond. The great thing about it is that it’s very close to a town square — Brownwood Paddock Square (which was the reason we were interested in Eastport as well — we wanted a place near a town square).

The problem with Richmond is that they were selling homes currently. Not in 2-3 months or even in a year — they have been on the market for some time (I’d say about half the homes are sold) and are going like hotcakes.

So we had to decide — were we willing to make the move right away or did we want to wait? And even if we did try immediately, there was no guarantee we’d get something. The forums I follow on TV said sometimes there were up to 10 buyers trying to get a place in Richmond when it came available. Yikes!

Eventually we decided we’d try to buy a place. Initially we looked at patio villas, small 2 bed/2 bath places — the same type that my dad has.

But if we bought a place like that, we would be banking on someplace in Eastport being open that we liked (if we ever decided to move down there full time or wanted a better vacation spot) as we didn’t want to live in a place that small. Plus, there weren’t really any places/styles/locations we liked in the patio villa options. So we went to plan B…

We then moved on to the next levels of homes — Verandas and Designer homes. These are bigger (and more expensive) but also might be places we really liked, would want to live in eventually, and might take buying another place in Eastport out of the equation (or at least give us options).

Our realtor sent us a map of places available by lot as well as what style home was going to be on each lot. From there we looked at lots we wanted that had homes on them we liked and made a Google spreadsheet for our realtor. Then we could track what we were interested in, when it was up for sale, etc.

We sent her the list on Saturday, October 22. On Monday, October 24, we got a call from our realtor at 5 p.m. that said two of the homes near the top of our list were going on sale the next day.

As a refresher in case you don’t know, here’s how TV sells new homes:

Our place was a bit bigger and more expensive, so there would probably be fewer competitors, but it would still be a race to get it. I pegged our chances of being first at 1 in 3.

The other thing was the first homes to come up for sale were not at the top of our list. They were in the top 5 or so (out of 15 we had identified), but not #1.

And…even though we knew we approved of the lot and the home’s layout, we did not know if we liked the inside designs. Those could be perfect for us or ones we hated.

So our agent went to the homes on Monday night, videotaped them, and sent us the videos. We got to see the colors, fixtures, etc. plus any extra add ons (both places had expanded lanais (which we liked) and one had carpet in the bedrooms and two master closets (which we also liked.))

After looking over the videos and having a hour or so to determine what to do, we decided we’d bid on one of the homes. It was a “Begonia” design…which you can see here.

My wife liked the colors and design much better than the other one and we liked the carpet in the bedrooms and the expanded lanai.

Coincidently, this is the same model type we rented in January-March of this year from our friends, so we knew it well.

The location was good, but not perfect. The second home had a BIT better location IMO (not as good in my wife’s opinion).

It is in the heart of the action (near a recreation center), which is what we wanted. It’s also close to the walking path, so we could WALK to Brownwood — very nice. And we can see the pickleball courts from the house, basically giving us our own backyard pickleball courts. Hahaha.

We will see how we like it and can go in several different ways:

As for our house in Colorado, how we transition, etc., that’s all a work in progress as of now. We don’t need to sell anything and had enough in cash (barely) to buy the new place outright and not sell our current home (I had money remaining from the sale of our rentals last year).

We will most likely move our state of residence to Florida as we’ll be there more than six months per year (our current plan is to be there from December 2022 until sometime in May, then come back in October-December 2023, sooner if we sell our Colorado home.) Anyway, there’s no state income tax in Florida, so I’m looking forward to that! 😉

FYI, we still do have our rental in the Village of St. Catherine for January-April. The good news is that we rented it through a rental company closely associated with The Villages and they are more than helpful in renting out places to others when you’re buying something from them. LOL. They are pretty confident they can rent it out for us (and thus release us from our agreement) from Jan-Mar (and probably get more than what we agreed to pay as rates are way up). They are fairly confident they can rent it out in April. If they can’t for April, we’ll use it for friends and family who want to visit, treating them to a free vacation. 😉

Anyway, that’s it for now.

It was a pretty normal late summer and early fall in Colorado. Nothing too out of the ordinary or noteworthy. We spent most of it close to home, playing pickleball, and hanging out with family. But there were a few notable happenings…

Here are some of the books I’ve read since my last update plus a few podcasts I really enjoy: