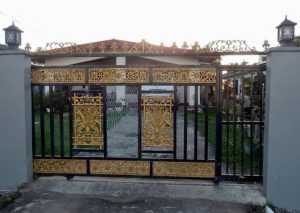 As many of you know, I read a lot. I read many financial blogs (around 200) and always have a stack of books on my shelf waiting to be read.

I’ve been that way most of my life and thus have read thousands of books in my lifetime.

I’ve probably read a thousand alone on the topic of personal finance, and let me say, most of them are not great.

That’s why I have a book category here at ESI Money — so I can highlight the best and allow you to ignore the rest.

One of the books I really liked from a few years ago is Stop Acting Rich: …And Start Living Like A Real Millionaire

, a book written by the same guy who wrote The Millionaire Next Door: The Surprising Secrets of America’s Wealthy

What I like about Stop Acting Rich is that it shares lots of financial data and studies that are quite interesting. And, it just so happens, these reinforce many of the things I say on this blog. Funny how that happened, right?

The book has several sections, but like most books the meat is isolated to a few chapters. I’ll share the highlights over a few posts, but for now let’s detail the five main themes of the book that really stood out to me. They are:

Yes, there are other topics covered like what shoes and watches the wealthy wear, but I didn’t find much there that was compelling.

I’ll post separately on the housing and jobs topics because there’s so much said that I don’t want to pass up, but in this post let’s cover the book’s key thoughts on building wealth, habits of the wealthy, and money and happiness.

Let’s begin with how to become rich:

Most people will never earn $10 million in their lifetime, let alone in any single year. In fact, most households are unlikely to ever earn even $200,000 or more annually. Currently only about 3 percent of American households are in that category. So what if you will never hit the top 3 percent mark? What if you are unlikely to become rich by playing extraordinary offense (i.e. generating and extraordinary high realized income), as the glittering rich (those who make large enough incomes to generate considerable wealth while also supporting a high-consumption lifestyle) do? The only way you will become rich is to play extraordinary defense like those millionaires at the other end of the continuum: by living well below your means, by planning, saving, and investing.

They share much more than the above quote but this really summarizes the heart of their thoughts.

A few comments from me:

Overall, good, common sense thoughts on how to become wealthy. Meshes well with my post on The Ten Best Money Moves Anyone Can Make.

In addition to being able to control their spending, I found this habit of millionaires to be interesting:

I bet many ESI Money readers are just like me and have a TON of interests. Well, now it makes sense that we do and that we’re also interested in money.

FYI, I have a post coming up in a week or so talking about hobbies, so we’ll all get to share our interests then. It should be a long list!

As I said above, the relationship between money and happiness is hard to pin down. But the book offers several thoughts on the subject worth considering:

[In this book] I detail why so many people who are not rich hyperspend on luxuries. Often they think that collecting these expensive toys will enhance their overall satisfaction with life. But, as you will read in detail, happiness in life has little to do with what you wear, drive, eat, or drink. The people with the greatest satisfaction are those who live well below their means.

Happy people tend to live in homes that they can easily afford.

Always remember the key rule concerning homes and happiness: live in what is below your means.

That’s it for now. I’m interested in your thoughts. What’s your take on the information shared so far?