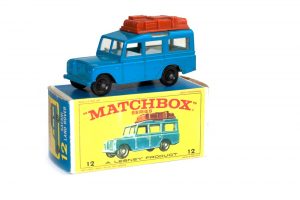 After my post on coin collecting I got several requests for a piece on collecting things.

Then I ran into this article on collecting.

They go into the pros and cons (mostly) of collecting.

Here’s where they net out:

If you want to hedge against inflation, there are more reliable ways to go about it. A collectible is an illiquid, taxed investment that produces no income and can lose its value if you drop it. If you are going to buy one, make sure it is one you will be happy to own forever, rather than counting on some big money sale in the future.

This isn’t a post on whether or not collecting is for fun or profit (I think it’s clear that it’s mostly for fun, though profit can pop up now and then).

Instead I simply want to share my (rather pathetic) history of collecting then let you do the same.

Hopefully this will be a fun post that takes our minds off money for just a bit. 🙂

So with that said, here’s some of the collecting I’ve done through the years:

So, in review, I was not too impressive of a collector.

Something that is impressive is my cousin-in-law’s collection of Matchbox cars (or is it Hot Wheels?). He has tons of them including every color for several models. They are in special cases displayed in his basement. He goes to conventions and buys/sells/trades them. Then again he is a doctor, so he can afford to do that sort of thing.

So that’s my pathetic collecting history. I’m sure many of you have done much, much better.

Please share your collecting stories in the comments below.