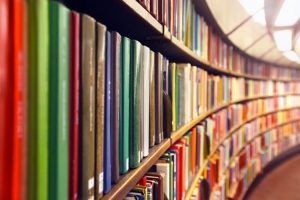 I have read hundreds of books on all sorts of financial topics — general money management, investing, retirement, and on and on. Unfortunately the vast majority of them aren’t worth the paper they are printed on. They are poorly written and contain little valuable information.

That said, there are many books that stand out for one reason or another — and I mean this in a positive way. They do have good information and are worth anyone’s time in reading.

In fact I’ve developed a list of the only five personal finance books anyone needs to read. These are what I consider to be must-reads for any student of personal finance and books that I wholeheartedly endorse. If you simply read these five books and do what they say, you’d probably be a multi-millionaire within a couple decades.

I personally have read all of these and many of them I refer to quite frequently.

I thought ESI readers would be interested in my take on them and why I think each is so important. So I’ll be posting on each over the next few months so you can get the basics of these fine books.

This post we’ll focus on my all-time favorite, The Millionaire Next Door: The Surprising Secrets of America’s Wealthy.

According to Wikipedia, The Millionaire Next Door is: “a 1996 book by Thomas J. Stanley and William D. Danko. This book is a compilation of research done by the two authors in the profiles of ‘millionaires’. In this case they used the term ‘millionaire’ to denote U.S. households with net-worths exceeding one million dollars (USD).”

The book’s message is that most millionaires in America aren’t the ones living in huge homes, driving expensive cars, and taking extravagant vacations. In reality the average American millionaire is just your typical guy next door. He’s unassuming and someone most people would never pick as being wealthy. That’s what made this book such a phenomenon — its findings turned conventional thinking on its head.

The book highlights seven common denominators among those who successfully build wealth. They are:

Do any of those sound familiar? 🙂

If you’ve been reading my posts so far, you’ll see several of these themes mentioned over and over again.

There’s one reason this book means so much to me: after reading it I applied every one of the learnings above except #5 (since I don’t have adult children) and doing so made me wealthy.

In 1996 I was relatively newly married (a few years), was just starting a new family, had a promising career, and knew virtually nothing about managing money. Somehow I got a hold of this book, loved it, and began applying it to our lives.

I had been working on eliminating debt from my life (yes, including my mortgage), but this book pushed my financial vision into over-drive.

Here’s what it did for us:

So that’s why this book is especially special for me — I know it works from first-hand experience. I wouldn’t say this is the “best” book of the five currently on my list, but I would say it’s a must-read for anyone interested in becoming wealthy and was the reason why my net worth is where it is today.

The book has had some controversy and has been challenged by some saying the research was faulty for one reason or another.

So this book is near and dear to me for one reason: it worked for me. I know it will for others and that’s why I recommend it.

If you haven’t read it, I recommend you do so as soon as possible. Then do your loved ones a favor and have them read it — especially your kids, relatives you have that are graduating college and high school, and so forth. Doing so will change their lives forever and the earlier someone begins applying these principles, the better!

How about you? Anyone out there ever read this book? If so, what do you think of it?