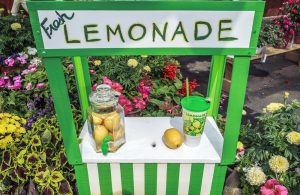 I’ve been writing about financial independence (FI) for many years now.

More recently as I’ve dived deeper into the subject (i.e. retired and started a new blog) I’ve been considering the impact of a side hustle on FI.

I thought I’d detail just how important a side hustle is so those of you out there working towards FI can think about starting one.

BTW, I actually prefer the term “side business” but most FI people seem to like “side hustle”. Anyway, I’ll use the terms interchangeably throughout this post.

Why a Side Business

Before we get into the specifics, let’s review why having a side hustle can be so powerful.

The simple reason I recommend developing a side business: it will help you reach your needed FI income MUCH sooner.

It will do this in a couple ways:

We’ll get into the numbers behind these two statements in a minute.

For now, let’s review the ways someone can reach financial independence.

There are two main ways to hit FI:

The first takes at least a few decades for most people, while the latter is do-able for many people in 10 years or so.

But don’t take my word for it — let’s look at the numbers!!!

Reaching FI with Assets Only

Every financial independence plan begins with a number — the annual income you need to reach FI.

We’re going to use some sample numbers to illustrate the scenarios, but you can take these same principles and calculate your specific results.

Let’s say your FI goal is $40k in annual income to cover expenses. This seems reasonable because 1) the average American family earns about $50k per year and 2) FI income requirements are often lower than working income requirements.

Of course saving rate/amount varies highly depending on how much you make, what percent you can set aside, etc.

That’s not bad. If you start at 22 this means you’ll hit FI in your mid 40’s. It’s way better than most people by a long shot.

Of course you need to save like a fiend for 24 years to accomplish this. Certainly there are ways to make the above numbers better (like growing your income to make more), but those are for another post.

Reaching FI with a Side Hustle

Now let’s look at the same situation with a side hustle.

In this scenario you also start a side hustle when you begin saving. In the first years you’ll probably not earn much and anything you do earn will be plowed back into the business.

This is what the income from the side business would look like:

You take this extra income and invest it at 8% along with the $15k you save from your salary.

Better yet, you are now financially independent. Here’s how:

You Can Hit FI Even Faster

But that’s just the starting point. I believe it can be done faster than 11.5 years.

I’m generally financially conservative and the assumptions above reflect that.

Personally, I think many reading this could develop a $20k business in three years.

In addition, the business would probably keep growing after year three, so the 11.5 years could easily be 10 years or less.

And as I said earlier, you could make more money with a better job/large raises that allow you to save even more. So ten years with a side hustle is certainly do-able for anyone with a moderate FI number (it would take a bit more work to get to $100k in annual spending!)

What Side Hustle is for You?

The side business can be anything: blogging, pet sitting, freelance writing, crafting, product sales, renting out your home, etc. You just need to find something you like to do that also earns a bit of money.

I’ll be doing an upcoming post on the side hustles I’d consider if I was starting over today. This will provide some ideas for you to consider. Until then, you may want to check out J. Money’s side hustles list at Budgets are Sexy since he’s the King of Hustling.

I had several side businesses that helped me reach financial independence:

Begin to think about what side hustles may work for you. Then pick something you enjoy with a fair earning potential and get going!

The “I Don’t Have Time” Excuse

Now someone is going to say something like, “I don’t have the time for a side hustle.”

To me, that’s a money excuse.

Or in this case, you’re going to work like no one else.

I have little sympathy for cry-babies who don’t take any action because they can’t find the time to develop a side business (especially when they watch five hours of TV a night).

Here’s what I did:

All this extra work was in addition to having a pretty demanding career, attending our kids’ activities (I was the coach for the many years my son played basketball and soccer), church and volunteer activities, caring for the family and our home, taking vacations, and so forth.

Even though we were very busy, I made the time to help us get where we wanted to be.

So don’t whine to me and say it can’t be done. It can be done.

And saving 15 to 20 years of working might be worth it, right?