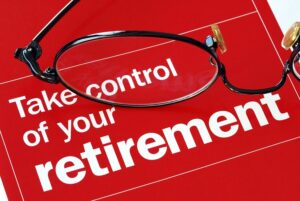 Today I’m beginning a new series on the book The Retirement Maze: What You Should Know Before and After You Retire.

I didn’t really like this book and disagreed with much of it.

But that’s kind of why I think it’s worth a read — because it presents a counter-point to what I believe/have experienced as well as what most retirement books say.

Almost every other book I’ve read paints retirement in a mostly positive light. And why shouldn’t they? I think retirement is awesome!

This book is mostly negative when it comes to retirement. They may say they are not in places (they do admit they are working from a negative point of view — se below), but they are.

Here’s a short snippet from the back cover of the book:

This book investigates the struggles faced by retirees in building a new life outside of the workforce. It provides an honest assessment of retirement, based on the not-always-acknowledged fact that it is a difficult transition with pitfalls and obstacles to overcome.

And that’s the cheeriest thing they have to say!

There’s some value in what I consider to be an overly-harsh treatment of retirement — it exposes issues that people may face and thus they can accept/plan for them in advance so these aren’t issues for them.

So it’s worthwhile for this reason, even if I find parts to be overexaggerated and wordsmithing to make their points (I’ll provide specific details throughout this series of what I consider stretching the truth).

Let’s get started with the opening comments of the book.

Retire at Your Own Risk

The book begins with these thoughts:

If you were to ask our opinion about retirement, the answer might surprise you: “Be careful what you ask for. Retirement is a full-time job: it demands constant attention and a great deal of effort to do it well. If you’re not up to the challenge, stay at work.”

Despite the fact that retirement looms for everyone, surprisingly few are truly prepared for it.

Our lack of preparedness may be a result of holding onto antiquated views of what retirement is about. In the past, retirement was basically the few remaining years left to us after capping off a life of toil. But retirement has evolved. You can now spend as many years in retirement as you did in your career, and today those added years have led psychologists and sociologists to see it as a separate life stage. It has its own set of issues, problems, and phases of adjustment.

Unfortunately, it is a life stage often characterized by the loss of one’s identity, sense of purpose, and, above all, structure to one’s days—the things that many people derive from their work. From its onset, it entails the adoption of new roles, alternative ways of thinking, and new behavioral and attitudinal patterns. Retirement is very much about building a new life, mostly from the ground up and usually without much help. That’s what makes it such a challenge.

You can probably see why I have a love-hate relationship with this book. And if you can’t, just wait. They are just getting warmed up. LOL.

All of this can be summarized in the following IMO:

The book shares these thoughts next:

Many anticipate their retirement with enthusiasm, and a few even enjoy it when they get there.

However, for some retirees-in-waiting, there can be worries, and sometimes these can be overwhelmed. There are questions as to what their life will be like without the sense of meaningfulness—and often perceived financial security—that work provides. And for some who have already entered his phase, things may never be quite right. Even those who claim to love retirement will feel occasional discomfort after they give up their jobs. In walking into this shapeless void, almost all retirees may at some point ask themselves whether leaving the workforce was the right decision.

You can see how they are already getting on my nerves. there’s some good stuff ahead, but really? We have to put up with this to get there?

I think I have a bit more that I can take without blowing a gasket, so let’s move on to this:

In fact, we have devoted more of our attention to retirement’s difficulties not out of a wish to be negative but rather from a belief that the positives of this life stage are their own rewards. So as you read on, we are going to take you on a journey through the various aspects of day-to-day living in retirement, one that may at times make you a little uncomfortable. But it’s all for the good because in the end, you may see there is a light at the end of the tunnel.

So at least they admit it. Don’t forget this as we go through the book — they are being purposefully negative (and stretching it to the bad side at that).

Then in some sort of way to justify their findings and attitude, they say this:

We’ve done more than study retirement as an intellectual exercise, one of us has lived it.

Dr. Rob Pascale, research psychologist and founder of Marketing Analysts, Inc., a market research firm, decided to retire in 2005 at the age of 51.

As you might imagine, Rob was a big retirement failure. And the other two authors had not retired prior to writing this book.

So in the end, they all have less experience, knowledge, and (certainly) success on the subject than I do. So how great is that?

Details of a Retirement Fail

Before we end this section, let’s hear Rob’s story and what the issues were. In his own words:

Throughout my career, I lived by the clock, arriving at the office at 7 A.M. and heading home about 7 P.M. After a quick dinner, I often worked for a couple hours. My life was very structured, and I defined myself as a person almost entirely based on what I did for a living. When I retired, the first few weeks of retirement were great. My days were completely stress free, and I felt liberated from all pressures. I didn’t care what time I went to bed or woke up because to me every day was a holiday and every night Saturday night. I thought at the time that my life could not get any easier.

Then they start commentating on what happened to Rob:

Gradually, however, the lack of structure and reduced sense of purpose caught up with him. Within a few months, with no need to be or go anywhere, he began to loosen his grooming habits, shaving less frequently and paying less attention to his wardrobe. Furthermore, despite his planning efforts and variety of interests, it became harder and harder to fill the hours of each day with things that were personally meaningful. One example in particular caught him by surprise. During his career, Rob had always thought he loved to paint, but soon after retiring, he realized that for him painting has actually been mostly a diversion, a way of breaking away from job-related pressures. When he retired and those pressures were eliminated, his interest in painting waned with him.

A few months deeper into Rob’s retirement, his initial joy eroded still further. He began experiencing frequent emotional ups and downs. At times he was happy about the freedom and lack of stress, but other times he felt the loss of his personal identity and prestige, a sense of just drifting along aimlessly, feeling useless and unproductive. He felt his difficulties might have been compounded by the fact that, as an entrepreneur and business owner, his job had provided some level of prestige and a feeling of personal control over his life. As his retirement proceeded, he came to feel that both of those important aspects of his life had been radically diminished if not surrender completely.

Back to a quote from Rob:

At some point, I realized I had to come to terms with the fact that I am nobody. I was no longer an important contributor to the company I founded. My partners were focused on maintaining the business and no longer had much time for me, and my advice and opinions were no longer sought after. Whatever I accomplished before had no relevance to my life going forward.

And they sum up the situation with this:

Over time, it became increasingly clear to Rob that he had to break the emotional connection to his former life and start building something new.

As we end this section (and the post), let me say that for being a market researcher, it sounds like he did very little research on retirement prior to taking the plunge. It seems like this would be a natural step for someone in his profession, but he missed it and suffered the consequences.

Ok, that’s a wrap for part one of this series. As I said, I have a love-hate relationship with this book, so we still have a lot of love and a lot of hate in store.

For the next part in this series see The Retirement Maze, How to Define Retirement and Problems Retirees Face.