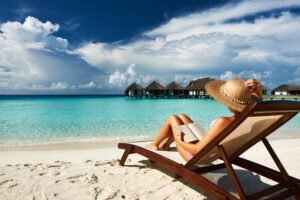 Today we get into the heart of the book’s promise in its subtitle: The 5 Money Secrets of the Happiest Retirees.

I’ll share the five secrets as well as dive into the first secret in this post. In future articles I’ll dig into the other four secrets.

As I have been doing throughout this series, I’ll provide highlights of what the book says and add my thoughts along the way.

The Top Five Money Secrets of the Happiest Retirees

Let’s jump right in with the money secrets. They are:

I’ll just comment quickly on these since I want to save my more in-depth thoughts when we get into the topics themselves.

My top-line thoughts are:

With that said, let’s dig into secret 1.

Finding Your Purpose in Retirement

Secret 1 is the only secret that deals with the non-financial side of retirement.

It’s interesting that this one is listed first, but I think that’s in honor of how important it is.

After all, you can have all the money in the world but if you don’t know what to do with your time, you’ll probably have a terrible retirement.

I’ve written a few posts on this subject lately, so if you’re interested in the topic and may have missed those articles, check these out:

As we’ve discussed, the key is having what the book calls “core pursuits” — things you enjoy doing and involve social interaction (at least some of them).

Think of a core pursuit as a hobby on steroids. It isn’t just something you dabble in; it’s something that drives and fulfills you. You don’t need a million of them, but you do need at least three.

It’s important to understand at an early age that having a core set off things you love to do is part of having optimal health—part of having a healthy balance when it comes to work and family and your own psyche.

It is VITAL that you have a few core pursuits if you want to have a happy retirement. While the point above says three or more will do the trick, our prior posts on the book note that the happiness cutoff is actually 3.5 — so I’d opt for four just to be safe. 😉

Just how vital is this step? Here’s what the book says:

If you’re getting close to retirement and you only have one or two things you like to do outside of work, I have bad news: you’re probably going to be unhappy. Don’t blame me—it’s all in the data. Go get three to five core pursuits right now!

We’ve all heard stories of people who retired and then were bored in retirement. Why? They didn’t have any interests (core pursuits). Work was likely a HUGE part of their lives and now that it’s gone, they are left adrift.

If you are in that boat, now (before retirement) is the time to begin developing some interests.

Need some hints on what might be good core pursuits? I’m so glad you asked…

Let’s visit some of the most popular core pursuits, starting at the top:

The number one core pursuit for happy retirees is volunteering.

Why is this the most popular core pursuit? I’m not 100% sure, but I do know many people on this site talk about volunteering once they retire, so perhaps it’s a dream fulfilled.

I do know why volunteering makes retirees happy — it’s a trifecta of great results!

It gives the retiree something to do with his time, it helps others (which makes the time more meaningful), and it’s a social activity (which is also vital for retirement happiness). What’s not to love?

In addition to volunteering, the next three most popular core pursuits in the happy retiree camp include travel, spending time with grandkids and family, and golf — in that order.

Travel is the most popular splurge of millionaires and likely a top activity (at least hoped for if not actually taken) for most Americans. It’s popular before retirement so it makes sense it tops post-retirement activities as well.

We travel several times per year, going for more extended trips (at least 10 days). Airports are such nightmares these days that the time away has to be worth the hassle of flying.

We also don’t skimp on vacation costs. We don’t stay at the Ritz and we look for deals on what we want, but we’re not in a Motel 6 200 miles from the beach eating crumbs either. I prefer to be comfortable and take fewer vacations that are nicer than have more vacations where we’re watching every penny like it’s our last.

I’d say our vacations are upper middle class and are a good balance of luxury and affordability.

All that said, we do live in Colorado, so it’s great being home too. As my pastor says, “We live in a place people come to vacation.” 😉

Family is a great one as well. I love taking walks with my wife and trips with our family (wife, parents, kids, and now our son-in-law). I also keep in touch with them regularly via phone.

As for golf, I never really got into it. It seemed like a big time suck and I had a family to raise. So I’ll substitute pickleball for golf and call it even. LOL!

On to the next tip:

A core pursuit can be the mere act of being social.

Happy retirees have core pursuits that are typically social in nature. The most popular activities of unhappy retirees are reading, hunting, writing, and fishing. There’s nothing wrong with any of those, but they are by and large solitary activities. There’s a time for solitude — but my survey shows that it rarely leads to happiness.

Have you noticed how the happy retirees have core pursuits that are typically social in nature? The most popular activities of unhappy retirees are reading, hunting, writing, and fishing. There’s nothing wrong with any of those, but they are by and large solitary activities. There’s a time for solitude—but my survey shows that it rarely leads to happiness.

Being social is not one of my core pursuits. My wife has that covered. Ha!

I grew up as an only child and spent a lot of time by myself — and liked it. So I need a minimal amount of social interaction to feel like I have enough.

Between trips to the gym, pickleball, church (including volunteering), talks with family, and miscellaneous events we attend now and then, I have way more than enough social interaction to keep me happy. Any more if it, in fact, and I’d likely be less happy.

I like reading and writing as well, which is fine since I have social interactions in other areas. The problem with the activities listed above is that they are solitary and if a person only pursues those, he misses social interaction, which makes most people unhappy.

Another hugely important area is exercise, as it leads to vitality and health.

The happiest people tend to be physically active.

You probably know what I think of this one. LOVE IT!!!

I’ve written frequently about the relationship between health and wealth, so no need to go into it again. But I can say that exercising in retirement offers so many great benefits that everyone should consider it.

Some that come to mind quickly include:

BTW, you don’t have to run a marathon every week to count exercise as a core pursuit. And it doesn’t need to be something painful either (which much of my training is.) Here are some fun activities that most older people can participate in that also give you some exercise:

There are lots more, but you get the idea — get out there and move!

Questions to Make Sure You’re Prepared

The book offers a list of questions you can answer to identify some core pursuits.

The author suggests you “get out a pen or pencil, and answer the following eight questions right here in this book”:

Here are my answers to these:

Overall, I feel like I have a pretty good handle on core pursuits, but then again, I’ve been at this retirement thing for awhile. For those who are not yet retired, these are some awesome questions to consider IMO.

As we wrap up, I want to share how the book summarizes secret 1:

How about you? What are your retirement dreams (if not yet retired)?

For those of you who are retired, what are your main core pursuits?

To learn more secrets of the happiest retirees, check out part 2.