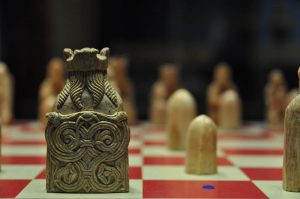 In The Value of Growing Your Career: A Real-Life Example I mentioned that getting my MBA was one of the vital moves I made to grow my income.

Separately, I was listening to an Afford Anything podcast about careers and the issue of return rate on various career investments came up. They were talking more about seminars, training, and the like, but the same principle applies to schooling decisions.

So I thought it would be interesting to look at the difference getting my MBA made to my earning capability. I knew it was substantial but didn’t realize how substantial until I ran the numbers, which I did while preparing to write the sequel to How to Go from Zero to Millionaire, Part 1. (BTW, the data revealed that over 28 working years my earnings increased at a compounded annual growth rate of 8.16%.)

But before we get into the numbers, let’s review the strange path I took to getting an MBA.

How I Got an MBA

Here’s the back story on how I got an MBA:

It’s a bit tough to nail down because there are so many unknowns, but let’s start with some reasonable assumptions:

So with that said, here are some possible non-MBA outcomes:

Now for the comparison:

What I actually earned in 28 years of my career was $3.9 million.

So, does the MBA look like it was a good return on the two years invested? Sure looks like it to me.

Not Just the MBA

The MBA paid off not just because I had the degree itself, but because it opened the right doors. Specifically it opened the door to XYZ that then helped me the rest of my career.

Here’s how it worked out:

Yes, there were many benefits of the MBA. I’m probably even forgetting some.

So, what was the return on my investment?

In some ways, it was an infinite return since I made so much more but didn’t spend anything. I’m so thankful for that assistantship.

You could say my investment was those two earning years I gave up, but the differences were so vast it’s hard to think that’s even reasonable. If we do factor in the two years, my MBA paid out after the second year I had it (I earned more in two years after my MBA than I would have earned working four years with the undergraduate job — even if I had 8.16% increases with the undergrad job.)

Instead of a return rate percentage, let’s look at actual amounts.

The MBA allowed me to earn somewhere between $1.8 million and $3 million more than I would have otherwise.

And as far as quality of life, I KNOW I enjoyed my MBA career much more than I would have the undergrad career. (And I’m guessing I enjoyed my non-work life better too, though that’s hard to estimate.)

It’s quite reasonable to assume I’d still be working with the undergrad career (and would be for quite some time). Ugh.

So what does that mean for someone looking to get an MBA these days? Is getting one still a good return on the investment? I’ll let you review these two posts and decide for yourself: Calculate the Return on Investment for an MBA and MBA Programs with the Highest 10-Year ROI.

As for me, here are some tips I think will maximize any investment in getting an MBA:

That would be my criteria if I was to go back again or advise someone considering getting an MBA.

I know there are many savvy business people who read this blog. What do you think about the value of an MBA? And what are your guidelines for picking a school?