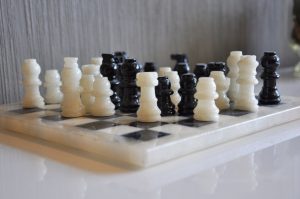 I get asked now and again what steps I would recommend for someone just starting out who wants to become wealthy.

At the same time, I look back over my life and see money milestones, mistakes, and successes. It’s been good overall, but there are certainly things I would do differently.

So I thought I’d address both of these in a single series.

In this set of posts I will transport myself back to age 14, but still retain all the financial knowledge I have today (FYI, we’ll assume that I’m 14 in 2017, so the salaries and costs will be adjusted for inflation using this calculator to reflect today’s dollars). Then I’ll give a list of steps I would take to become wealthy knowing what I know now and track the financial results.

It should be fun to see where improvements can be made as well as provide a map for those who are starting from the beginning (or near it) to work towards financial independence.

Many of my tips will be familiar, and spoiler alert, most of them will entail earning, saving and investing more than I did in real life.

Step 1: Make the Most of High School

Let me begin by stating that, yes, high school is a time for having fun, trying new things, and learning to become an adult. Of course.

But it’s also about the start of your career — a multi-million dollar asset that you can make worth millions more if you manage it right.

In addition, at this age I would be at the height of my investment strength — because I would have time on my side and have many DECADES of compounding ahead of me.

Therefore, I’d begin to manage my career in high school — with the goal of those four years to get me into the best college at the lowest possible cost. I’d also begin to save and invest, allowing time to work in my favor to the fullest extent possible.

Here are the things I’d focus on during those years:

I’d then wrap these up after four years and use them to move me to step #2.

Bundle all this together and it leaves me exiting high school with $6,516 in investment value, which was my entire net worth at the time.

Now on to the next step…

Step 2: Get into a Good College

The things I did in high school would help me get into a good college. This time I would focus on business exclusively and avoid the detour to becoming a lawyer (though initially heading in the wrong direction didn’t cost me any money).

I’d balance cost versus my expected career salary in selecting a school. My family was fairly poor so I’d qualify for a lot of aid, even these days, and I’d try to avoid borrowing if at all possible. I’d use money from my dad (the little he gave me) as well as work at the college to pay my way (which is what I actually did — I did not have to dip into my savings in these years).

There’s no way to make a reasonable assumption about the type of school I could get into if I had done more in high school, so I’ll just use my actual results as a guide. We’ll assume that I attended a school very close in type to the one I did actually go to.

We’ll also assume that I leave college with the same level of debt I had back then — $5,000. Adjusted for inflation that’s $12,582. Not bad for a kid paying his own way. I’m not going to pay any of it with my savings since that’s clicking along quite nicely. Besides the $12k will hold steady while I continue my education. It was a private loan from my grandmother and had no interest.

For a bit more detail on what I’d do here, see step #1 in Five Steps to Six Figures in Seven Years.

Step 3: Make the Most of College

This one’s easy since I’ve already detailed how to make the most of college.

See College to Career Cycle of Success for the steps I’d take.

During the college year I didn’t add to my savings but I didn’t take any out either. So it had four years to grow.

I still didn’t have many expenses as I lived at home, so let’s assume I saved one-third of that amount (where I lived $3,200 in spending would have made me feel like a king!)

With the initial investment growing, my additional contribution of $1,600 a year, and that amount growing at 9% as well, I would have left college with an investment account of $16,515.

Once I graduated college, I’d have a choice — would I work or go on to graduate school and get an MBA (like I actually did)? In my real life I HAD to make this move as I really had no great work options coming out of my undergraduate school (I did not do a good job of step #2 above).

But if I made it into a “good” school, would I go and get a job or keep going to school?

This is where my path might stray from that of the average person, but I’m going to assume that I go and get an MBA like I actually did.

It was a key move for me because: 1) it dramatically raised my starting salary from where I would have been with just an undergrad degree, 2) it got me a great job with a Fortune 500 company, something I could not have achieved without it (and this laid the foundation for lots of later career success), and 3) the cost was zero (I held an assistantship that paid all my costs). So why not?

Over the summer between my two years of grad school I held an internship where they paid me $2,500 a month. Adjusted for inflation, that’s $5,344 in today’s dollars. I was rich! I’m going to assume I saved/invested 20% of that amount ($16,032 over the entire summer).

Given these two, I would have left graduate school with $22,827 in my investment account. Not bad.

So we’re now off and running towards our million dollar net worth. We’ve had a great start, but it’s only getting better!

If you want to see how things really ramped up, check out part two of this series.