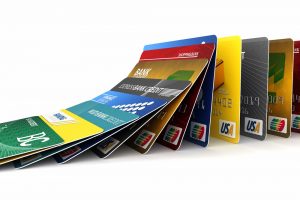 It’s not going to change the world financially, but it’s money we earn for doing nothing differently (we’d still spend on the same purchases), so why not?

Today I’ll detail how we were able to get to this amount as well as our plans for 2018.

Just so we’re on the same page, here are the cards I used in 2017 and their key cash back rewards:

I have had all the cards except #2 and #3 for some time. The two Chase cards near the top were added as part of my travel hacking experiment last summer.

By now you’re probably thinking, “Wow, they must have had a ton of charges in 2017!”

But it’s also true that our minimum cash back was 2% and in many cases we earned significantly more.

In addition, we had two large bonuses that helped out quite a bit.

Here’s how each card was able to earn what it did:

Those are my results and plans. Now’s your turn: how much did you earn in credit card rewards in 2017 and what do you have planned for 2018?