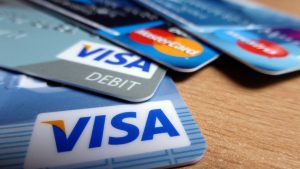 This post summarizes of my credit card rewards for 2016.

In case you can’t tell from the headline, it’s good news. 🙂

As a review, I’ve made over $12k in the past decade using cash back credit cards. It’s not a fortune but it’s extra money I wouldn’t have had otherwise — and who doesn’t like extra money?

I usually try to pay for as much as I can with a credit card that gives me something back (it’s always one of the steps in my stacking discounts strategy). Why not get paid a bit for something you’re going to buy anyway? Especially when it adds up like it does.

Just so we’re on the same page, here are the cards I used in 2016 and their key cash back rewards:

I moved to this line-up last summer and stuck with it through the rest of the year. The first three were used the entire year.

Here’s how each card was able to earn what it did:

The only thing that could change this would be if some new, awesome card pops up. It would have to be good enough to knock one of these out of the rotation as I don’t want to add another card unless I can get rid of one. Too many cards to manage is just a big hassle for little incremental gain.

2017 will be an interesting year for credit card rewards. We’ll likely be spending less overall than we did in 2106 as retirement has slowed our spending. However, we will be spending some good amounts in areas with higher rewards (like travel and gas) plus with my daughter headed to college (they let us pay for online classes with a card — will they once she gets on campus?), there could be enough to earn us four-figures again. I’ll keep you updated for sure.

Those are my results — how much did you earn in credit card rewards in 2016?