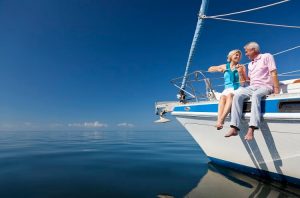 The best book I’ve ever read on retirement BY FAR is Todd Tresidder’s How Much Money Do I Need to Retire?

(Funny story — I couldn’t find my copy of the book so I bought a new one from Amazon, started taking notes in it, and then discovered my old copy. So I may be doing a giveaway someday of a slightly used version.) 🙂

Anyway, I thought I’d share some principles from the book with you over the course of a few posts.

That said, buying a copy for yourself is a great investment in your retirement planning.

Early on in the book Tresidder lists the four steps you need to take to determine your retirement number as follows:

This all seems very straight-forward until the author then lists seven questions which are impossible to answer (like “What year will both you and your spouse die?”) that he says have to be answered for the four steps above to work. The author then spends the next several chapters giving advice on how to account for these seemingly unanswerable questions.

My Take on the Four Steps

The above is not an impossible task by any means. It’s basically what I did in A Different Retirement Plan.

With that in mind, here are my thoughts on the steps above and how to get close to an accurate retirement number:

This seems like an easy way to get a solid retirement number with a fair bit of accuracy.

Anyone think I missed anything or have any comments to make this analysis better?