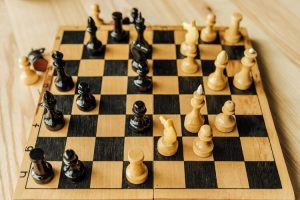 As I explained in The Goal: Financial Freedom, my basic retirement plan is to 1) put together enough assets and then 2) invest those assets so they generate enough income to more than pay my living expenses (which I have roughly estimated at $100k per year).

This would allow me to never have to spend a penny of the assets themselves — just live on the income they produce.

But as I asked at the end of Various Forms of Retirement Income, why don’t I forget the “invest those assets so they generate enough income to more than pay my living expenses” part of my plan?

I could retire now and spend the principal of my liquid assets at the rate of $100k per year and have enough to cover 20 years. And that doesn’t account for any earnings I make along the way.

Or what if I didn’t need $100k? Could I still generate enough assets with my income to cover my living expenses?

If I jumped on either of these scenarios, I could likely retire today. So maybe I need a different retirement plan.

Let’s look at each of them and see if they are viable.

If I was willing to spend my principal, how would that work out?

The major factors in this scenario are:

Any way you look at it, this scenario seems viable and screams “retire today”.

Not Spending the Principal

But what if I didn’t want to spend my principal but could live on less than $100k?

Using the info above, here are my thoughts:

So it appears that this scenario would work as well.

At this point most of you are probably asking the obvious question: why not do both?

Why not spend the principal and live on $79k per year? Given the above information, I’d have enough to live 200 years or so under this scenario even if I never earned another dime.

Ok, maybe not that long, but you get the idea.

A few other factors to consider about retiring early:

So that’s it. What do you think? Any holes in my analysis? Should I retire or keep working? If the latter, for how long?

Your thoughts and suggestions are appreciated.