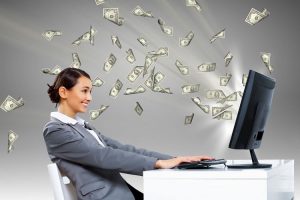 Since I posted that I had gotten into peer-to-peer lending (P2P) as part of my financial freedom/retirement plan readers have been asking about my performance.

In this post I’ll get you all up to speed as far as what’s going on.

Remember that as of my last post I had invested $75,000 with Lending Club. Here’s what’s happened since:

For Lending Club, I used a custom mix of loans that splits up as follows (“A” is the safest and thus lowest paying loan, “G” is the most risky and thus highest paying):

This combination of loans is supposed to have the following expected results:

For Prosper, I simply picked loans in the “B” to “HR” ranges that split up as follows (“B” is safer and thus low paying, while “HR” is the most risky and thus highest paying):

I can’t find all the other estimates like Lending Club has above (either they don’t have them or they do have them and it’s too hard to find — both of which are an issue). In fact it’s difficult to even find an estimate for what my loans should produce. This is one reason I like LC better — their site just seems more intuitive.

Loans I Have Now

For Lending Club, here are the loans I currently own:

For Prosper, here are the loans I currently own:

For Lending Club, I have earned 10.87% to date after accounting for defaults. According to Lending Club, these returns normally have a return rate of 6.47% to 9.50%. Don’t know if my returns will come down or if I am doing better than average because I have my money spread among so many loans.

For Prosper, I have earned 11.74% to date after accounting for defaults. But these loans are still relatively young so I’d expect the rate to come down

Here’s my take on the results so for:

I’ll give another update towards the end of the year or so just to keep you all informed.

Any thoughts or advice for me as I dig deeper into this?