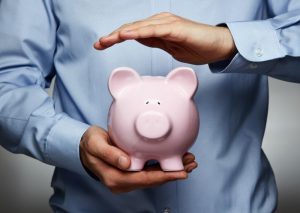 One of the things I worry about for extreme early financial independence retirees is that they play the numbers too close.

In other words, I think some would be in trouble if something unexpected and costly pops up. And as we know, we should expect the unexpected when it comes to money emergencies.

For example, let’s say a 30-year-old has $1 million saved. Using the 4% rule, they should be able to take out $40k each year and be reasonably sure their money will last. Let’s also assume that $40k is just what they need to make their budget work.

This sort of set-up is considered very normal for many in the early retirement community, but it has a couple inherent risks.

There are the problems that could pop up given this scenario:

What these people lack is something I always try to bake into any of my financial plans: a margin of safety.

You never know what could hit and how severe it will be, so I think it’s best to have lots of plans/safety/”insurance” in case circumstances conspire against me.

Here’s a list of the margins of safety we have in early retirement:

I realize having so many margins of safety could be considered a bit over-the-top, but I like having options and flexibility. Perhaps as time goes on, we’ll loosen up a bit and spend, eliminate, or reduce some of them, but for now I’m happy to have lots of choices. To me it’s a key part of early retirement and certainly helps me sleep better at night.

How about you? Do you have any margins of safety built in to your finances?