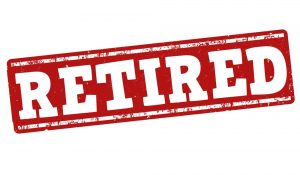 Summary: This post tells how to retire on one million dollars or less at age 35 or lower.

I’ve noted from time to time that I read a ton of money blogs.

In case you don’t know, FIRE is an acronym for “Financial Independence Retire Early”. These blogs focus on reaching financial independence and retiring at a very young age — in their 30’s and 40’s.

It used to be that my retirement age of 52 was “early.” Now I’m just a slacker, at least when age is the primary consideration.

How to Hit Financial Independence by 35

The steps to FIRE won’t surprise you. They involve earning, saving, and investing. 🙂

There are many ways to work those three to reach FIRE, but there are also some common threads. Here are the basic steps of the FIRE movement:

There’s usually more to it than this, but these are the steps that seem common to most FIRE bloggers.

How to Retire Early on $1 Million or Less

The next question is how they afford retirement. Here are the details:

All the above assumes that you earn no additional income during retirement.

But some early retirees do want to work and/or have a business that brings in extra money. It’s just that during retirement they can work on things they WANT to do versus things they HAVE to do. I can certainly relate to this.

Among the FIRE bloggers, many actually earn a very healthy income by writing about retiring extremely early. There’s nothing wrong with this, of course. However the retirement police seem to think it’s less than appropriate for people who espouse being retired and not having to work to work and make a good living. Whatever.

Let’s say you wanted to downshift your career (i.e. limit your work hours), “retire” early, and work on a few things here and there just because you enjoy them. Plus you want to earn a bit extra on the side.

This extra allows you to quit your “normal” job much sooner. Consider these numbers:

Of course, it’s much, much easier to save $500k than it is to save $1 million. This now allows you to retire even earlier! Say hello to retirement in your 20’s!

This is the basic formula for retiring on a million dollars as well as retiring extremely early.

If you make the right earning, saving, and investing decisions and start early enough in life, the math proves that it’s certainly do-able.

Any thoughts on this? Could you see yourself doing something similar?

FYI, if you’d like more information on retiring early, check out my FREE ebook on the Three Steps to Financial Independence.