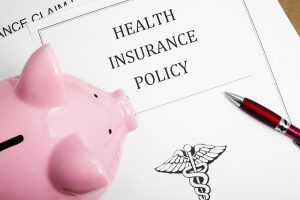 Summary: This post tells how Samaritan Ministries’ health sharing ministry has performed for us as early retirement health insurance.

To catch everyone up on this series, in part one I talked about the health insurance options we considered as part of early retirement.

In part two I discussed why we selected Samaritan Ministries for our health insurance.

In this last part I’ll cover how we needed Samaritan’s coverage and how they delivered.

In early November I noticed I had an unusual red spot about the size of the end of my pinkie just in front of my left ear. I tried putting lotion, Vaseline, and Neosporin on it to see if it would heal. It would not. So I made an appointment with my doctor to check it out.

I went to his office in late November and he didn’t like it. “We better get it checked out,” he said.

He referred me to a dermatologist.

My dermatologist appointment wasn’t until after the New Year, so I kept up with the lotion, etc. Nothing worked. In fact, the spot looked more red (and more “mad”) than ever.

Just after the New Year it started to bleed. I knew that wasn’t good.

I did some online research and my best guess was that I had basal cell carcinoma which is “the most common skin cancer and one of the most common cancers in the United States.”

On January 4th I went to see my dermatologist and he said he thought it was basal cell carcinoma as well. I told him that was my diagnosis as well. He was amused to hear I agreed with him. 😉

They took a biopsy and sent it in for review. They said I should have results in three weeks or so.

So when they called me to tell me the results, they also asked if I wanted to set a date for the surgery. I said I did.

We agreed on a date in early March, a month later (the first slot they had open — good thing I wasn’t going to die anytime soon).

She then noted that I was a cash pay patient. I confirmed that was the case. She said they would then need to take a deposit of $1,000.

Ok, that sounded high, especially since the doctor had told me the surgery was “quite easy and simple.” To me this also meant “not that expensive.”

I then asked the question that plagues the medical industry, “How much does the procedure cost?”

I told her that I needed at least an estimate because who agrees to pay for something when they don’t know the price, right?

This seemed to befuddle her, like no one had ever asked and I was some sort of crazy person for doing so.

She tried to convince me of the “it is what it is” line of reasoning but I was having none of that. So she asked, “Do you want me to ask someone to give you an estimate?”

She asked me to hold and I was immediately given the non-descript music that every doctor’s office features when they put you on hold.

Why Don’t They Know the Prices?

Let me pause here and say that this, “What’s that cost?” question had also come up at my original doctor’s office with the same reaction among the staff.

When I was being checked in before I saw the doctor in November, the nurse asked me if I had had my flu shot. I told her I had not. (I was actually debating whether or not to get one. I usually do but my wife is convinced that they will make horns grow out of my head and give me Alzheimer’s. I ended up not getting one and it cost me. I actually got the flu the day after my Mohs surgery and it was the roughest bout of my life — not to mention the hole I had in the side of my face. Needless to say, I’m getting a flu shot from here on out.)

She left and came back a few minutes later. “The flu shot is $75,” she said dryly.

Now she really looked at me like I was crazy.

“I’ll pass today,” I said and she left the room.

When the doctor came in he asked if I’d had my flu shot. I said I had not and asked if he had any idea how much he charged for the shots. He did not.

“That sounds like a better deal to me,” he said. “I think I’d get one there.”

That’s why I love my doctor. He’s such a no-nonsense guy.

Anyway, back to the main story.

The receptionist/nurse (I’m not sure what she was) at my dermatologist’s office came back on the line.

I about swallowed my tongue. What happened to a “simple procedure”? Simple procedures don’t cost $3k to $5k. At least I didn’t think they did. I immediately wondered if I was going to have to pay the whole amount myself. I could afford it but really didn’t want to fork over another big amount after spending $4k on a new furnace. I needed back-up.

Thankfully my wife heard much of the conversation. I told the lady I was going to turn it over to my wife.

They chatted, hung up, called back, chatted some more, and my wife now had an estimate of $2,000 or so. Not sure what she did to get that, but it happened.

We gave them a deposit (on a 2% cash back card — they said this was a discounted amount and would not discount further if we paid cash) and that was that.

The next day, my wife called Samaritan Ministries and told them about the issue, diagnosis, and recommended treatment.

The guy on the other end took all of our information and then gave my wife instructions on the documents needed to get reimbursed. He said it was likely they would cover everything from very start of the incident (less our $300 deductible) which was the visit to my primary doctor.

I was relieved, thankful, impressed, and happy we had selected Samaritan Ministries.

I was at the kitchen table where my wife was talking to the guy when she said, “Sure, that would be great. He’s right here so let me put you on speakerphone.”

She did and the Samaritan Ministries customer service rep prayed for me. For my healing, for the doctors to have wisdom, and so forth.

Now many of you might think that prayer is about as effective as blowing into the wind. But I do know one thing even most doubters seek when a sickness/illness hits them or a loved one: prayer. I can’t tell you the number of friends I have on Facebook who have absolutely zero belief in God. And yet when their wife gets sick, when they get cancer, when their son is in a car accident, and on and on, they ask for prayer. I want to ask them exactly why they want prayer when they don’t believe there’s a God, but instead simply add them to my prayer list.

And, of course, we could have always refused. He didn’t have a gun to our heads while asking if he could pray for us.

So while the prayer over the phone was kind of awkward (having a stranger pray over a phone is certainly “unique”), I appreciated it. And knowing that many people in my situation would too, I thought it was very cool.

So I went into the dermatologist’s office at 8 am on March 6, feeling the onset of the flu. I toughed it out and made it through two rounds until they got it all (they cut out layers of skin and then test them until there is no more cancer found. If they keep finding cancer they keep cutting.)

The doctor said he was glad we did the procedure as it would have been a lot of trouble for me one to two years down the road.

I then went home and suffered through one of the worst weeks of my life. It wasn’t the surgery that was so bad — the flu was the killer. During the worst two days I wasn’t sure I was going to make it — or if I wanted to. It was bad.

But I survived. Ten days after the surgery I was back at the dermatologist’s office getting my stitches out. I’ve taken care of the scar since I got it and it’s healed nicely. Thankfully it’s on the side of my face and not the front.

I go back in six months for a check-up with the dermatologist.

We had requested the cash discount from our doctor and they supposedly gave it to us. I say “supposedly” because they said they do give discounts for cash pay and that’s what we’d receive. When we asked for a receipt listing both the retail price as well as the discount price you would have thought we asked them to send us to the moon. Supposedly their systems could not do that. So we couldn’t demonstrate the discount to Samaritan Ministries and thus take the savings off our $300 deductible.

We paid the office for all the charges (again using a 2% cash back credit card) then submitted the itemized bill to Samaritan. The doctor’s office gave us a typed statement on a plain sheet of paper instead of a regular bill on letterhead which is what we needed. This was part of our learning curve — understanding what we needed to submit and in what form in order to get reimbursed. We requested the correct documents and once we knew what we needed, subsequent bills were easy to handle.

Uploading the bills to the Samaritan Ministries website was fairly easy. My wife took a picture of the bill and uploaded it. That’s it.

We received a check for the first need submitted within a month. The next bill was submitted later and soon thereafter we began to receive checks from other members all across the U.S. Most of them contained cards or short notes wishing us the best for a fast recovery. It was awesome!

So far, so good. Samaritan Ministries has been everything we hoped it would be and we’re 100% satisfied.

I’ll post again if/when we have an update to this information, but until then consider us completely satisfied customers.

If you’d like more information on Samaritan Ministries, here’s a short, handy request form I asked them to create for ESI Money readers. It takes about one minute to complete and you’ll receive their entire information packet.

As we wrap up this series, here are a few parting thoughts:

Anything I missed that you’re wondering about?

Update: For those of you looking for another alternative, you can consider Medi-Share.