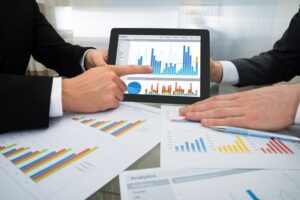 Today we have our latest interview with a reader who has grown their income to at least $100,000 annually.

If you’re interested in participating in this series, please drop me a note.

This interview took place in March.

I grew up in South Korea for about 8 – 9 years and then our family ended up moving to the United States.

I currently live in the good ol’ state of Texas.

I am working in finance as an Analyst.

The bare minimum to qualify for this interview!

Absolutely. The company has a generous 401k matching which provides for an additional $10,500 a year plus a $500 HSA contribution.

As part of the lowest rungs of the ladder in the group, I sadly get zero stock options.

The key steps is that I looked for other opportunities while I was working. I used to listen to the advice “do good work for the company and the company will take care of you” and I’ve found that to be completely and utterly false. It couldn’t be more wrong.

My first full year working out of college, I produced the highest value out of any other member in my group (which my boss told me) for a measly yearly raise of…? 2.25%.

The other offer was stronger, I believe, but I highly disliked how they negotiated. The offer I used to negotiate my higher pay was $80,000 + 12% 401k matching + bonus. From research, I found that the bonus was around $20,000, but I had no idea or way of knowing for sure. They would NOT tell me at all.

However, I took the leap of faith and told the new company that I would accept. Looking back, that was a TERRIBLE decision.

I was an awful negotiator back then. However, I have a better grasp on how to negotiate salary now.

Back to the story, after hearing I got a counter offer from my current company (the $70k + 32k bonus potential), the new company ended up raising the offer to $90,000 base + 12% 401k matching + bonus. However, they still wouldn’t tell me what the bonus potential would be. Also, the way they presented the offer?

They called me out of the blue on a random Friday afternoon with no notice or warning and said “hey, I just got off the phone with the compensation committee, if we raise the offer to $90,000 then can we get a yes?”

They gave me ZERO time to think about it or consider it. It was a “you better say yes right now” offer. I was HIGHLY insulted that they would blindside me like that and utterly hated that he would put me in that position. When I never did anything remotely similar to him.

At that moment, it instantly came to my mind that if I joined, I was COMPLETELY at their mercy. They could pay me a $5,000 bonus, which would mean I lost a lot of money. I didn’t like the sound of that. I would be at their mercy and I would have to go through the recruiting process all over again.

Therefore, I didn’t even think about it. As soon as they asked the question “if we raise the offer, then can we get a yes” I immediately said no. I’m gonna take my company’s counteroffer. It took them a second and they tried to act cool and say “ohhh… oh… oh… uhmm… that’s ok… like I said, we’re growing…”

Three days later, their HR person called me after that, which I promptly and rightfully ignored. Two days later, their recruiter that they hired messaged me saying that “a company they were working with was looking for a role that would be a step up from mine”.

I found out later that “company” they were talking about was the one I was negotiating with. I promptly rejected him. He acted like he didn’t know what was going on, which was totally fake. Even more reasons to dislike them.

There’s a lot of things I will do for money but allowing others to strong arm me into saying yes is NOT one of them. I refuse to do business with that kind of people. I don’t care if they offer me a billion dollars per year to work for them.

What I liked about the current company that I worked for is that my boss gave me the offer after four hours. FOUR MEASLY HOURS?! I was impressed that they would be wiling to do that for me and not mess around. That made me not want to use the $90k offer against them for a second time.

Anyway, after ~8 months of working at $70k, we had a new boss. Everyone hated him, including me. 30% of our department left and he was eventually replaced with another manager by the executives. For me, the damage had already been done.

Every day felt like a battle. Therefore, I interviewed at another company and accepted the salary that I have now.

It wasn’t a raise but the environment was a little better.

Do I regret it? Yes I do, especially since the old boss was replaced with a new one that I liked at the last day of my employment! However, I already said goodbye and there was no turning back.

Which of the following career advancing strategies did you employ (if any) and which were most effective: A. Doing well within your current company and being promoted. B. Jumping around from company to company always seeking a higher salary & responsibility. C. Entirely changing your career path from a lower earning field to a higher earning field (going back to school, etc)?

Wait, before I go on any further, did I mention how much I like B?

Most of the articles you read today say “don’t job hop, it takes companies 2 years for you to even start become profitable from your employment”. Why should you care that companies are profitable? You care whether you are paid or not. It’s not your job to make sure the company is profitable, it’s not your problem. It’s your job to do the job you were hired to do. Nothing more, nothing less.

Also actually, it’s in your best interest to actually understand the other person’s incentives as well. The articles that say job hopping is bad I bet you is written for the benefit of the employer. Companies are the authors of that piece and tout it to say how truthful it is.

It is SO wrong.

I’ve seen my friends leave jobs after 7 months and KILL IT at their new jobs, getting regular promotions and increases in pay. Companies are just using your fear against you. The fear that you may not be marketable if you job hop. It’s BS. Job hopping is nothing personal, it’s just business.

Also on understanding incentives from the story above, when I told the new company (with an offer of $80k) that I got a counteroffer, the recruiter used all sorts of tricks to emotionally manipulate me into accepting the offer.

One BIG trick they used is they led me into an article saying how you shouldn’t accept a counteroffer from your old company because now you’re prone to retaliation. They won’t trust you anymore and you’ve already broken the trust by saying you’re going to leave. Make a clean break.

That’s also BS as well. My past boss leveraged offers twice and she’s steadily risen up the ranks. You want to know who writes articles like that? Recruiters who are trying to earn a commission from your move. They don’t care about your career, they care whether they get a commission.

Understand the other person’s motives.

I started a side hustle! My blog, Filled With Money, is my primary side hustle that I hope to grow one day. If I never make money from it, I am completely fine with it as well. At worst, I made some amazing friends and hopefully helped a couple of people with their finances along the way. I currently earn $0 from it.

Aside from my blog, there isn’t anything else extra that I’m doing to continue earning more. I’m a big fan of focusing on one thing at a time and too many side hustles will make me lose focus on my blog. Which is what I don’t want. Blogging is so fun, I do it for the love of it.

I will mention that my income does not include any stock appreciation which I’ve gotten plenty of since I started working in 2016. However, I don’t really count that as a part of increasing my income.

If I just stay at my company and move up the ranks, I’m completely fine with that as well. I’m paid very well here. So that’s a complicated way to say, I don’t have career plans. I’ll do a good job for the time being and whatever happens, happens.

Have you been able to turn your income into a decent net worth (what is your net worth)?

Why or why not?

I started reading personal finance blogs as a sophomore in college and fell in love with it. When I started my first job, I saved 50%+ of my income and never looked back. The first few years was demoralizing. Even if you have a $100,000 net worth, a 0.2% increase in the S&P 500 is only an extra $200 for that day. It wasn’t that fun in the beginning.

Two pieces of advice. First is get in the right industry.

I’ve seen so many of my friends have 4.0 GPAs in college (not exaggerating, they literally had 4.0’s) only to go into public accounting and make $56,000 out of college. There’s a huge number of exit opportunities after public accounting but during it, you don’t make that much money. Only after you move up do you start to make some real money.

Second advice is to always be interviewing. Once you start a new job, you should be looking for opportunities after 3 months into your job. You don’t get paid what you deserve, you get paid what you negotiate. I produced the highest value out of any others in my group only to be offered a 2.25% raise after a year.

If you give a lot of value to your company, the first thought isn’t “how can we pay him or her more so that we keep them?” The first thought is “how can we continue to pay the least we can while getting the most value out of them?” You don’t keep them in check unless you go and look for other opportunities and make them pay market rate.