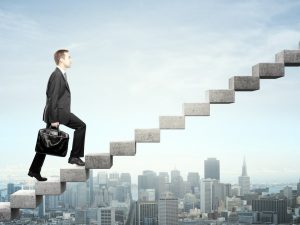 After writing about how to grow your career earnings by learning to speak in public. I began thinking: what are the other skills that people can acquire that will grow their careers and help them earn more?

After all, if public speaking increases your income potential by 50%, why not add a few others with pay bumps here and there? Sounds like a recipe for high earnings, right?

I thought I would take a shot at listing several, then ESI Money readers could suggest others. I know there are some very accomplished professionals who read this blog, so we should end up with quite a list.

I worked 28 years as a business professional, was able to get over 8% average annual pay increases, and managed hundreds of people (at one point, I had 800 people in my organization). So I know a bit about what skills are needed and might result in additional earnings.

But just to be sure I didn’t miss anything, I Googled around a bit first to see what others said.

As often is the case, most of the top articles were worthless. They were written by so-called “experts” who were attempting to create the illusion of competence. For the uneducated, their articles probably looked fine. For anyone who actually knows something about business, you could see they were meaningless from the get-go.

That said, I did find this post (from a blogger, interestingly enough) that had some great suggestions. And here’s one from Money that was decent too. I looked over these two pieces, combined their findings with my thoughts, threw in some suggestions from The Personal MBA: Master the Art of Business

, and developed a list that based on my experience will help anyone make more money over the course of his or her career.

Skills Worth Paying For

There are probably a few that I’ve missed (like various technical skills), but that’s my list for now. What do you think of it?

Are there any others you would add? Why? Please share them in the comments below.

Before we conclude, let me share a few other thoughts about skills that help you earn more:

So, those are my thoughts on the value of skills. Anything to add?