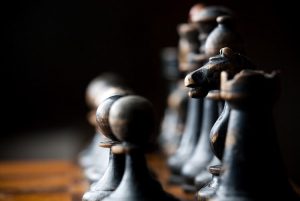 Anyone who has read ESI Money for more than 15 seconds knows I am a fan of growing your career (and thus your income). It’s one of the keys that allowed me to retire early and a vital part of the “E” in E-S-I (earning).

That’s why I write posts like Two Huge Reasons Why Your Career Matters which highlights that 1) your career is your biggest financial asset, worth millions of dollars and 2) if you take the right steps, you can make it worth millions more. And then followed that up with How to Manage Your Career to Make Millions More to tell you how to make the most of your career.

Based on this, I regularly say that growing your career could earn you an extra million dollars or more over your working lifetime.

Turns out I severely under-estimated.

Let’s begin in estimating the value of a career. Let’s assume:

Given these, this person will earn just over $3.7 million during their working career.

If the other two assumptions hold steady but he averages 4% pay increases per year, he earns over $4.8 million during his career.

So you see how managing your career to eke out an extra percent or two is well worth the effort?

Extra Earning is the Tip of the Iceberg

But these numbers are just the straight impact of a percentage applied over 45 years. What I forgot to do is add in the value of the extra money each year and what it would be worth if invested.

Now some fuss-budgets may say that 8% isn’t sustainable, so here are the results at various rates of return:

And remember, this is just the 1% difference in earnings. If the difference was higher, the results would be much higher.

Here are the numbers at 8% annual return:

This assumes that the guy earning more keeps his lifestyle the same as the other guy, which probably won’t happen. But with an extra $12.4 million available, he can have some lifestyle increase and have plenty left over!!!

Of course there are lots of variables — the amount you earn over average, the years you work, the starting salary, and the investment rate. They all work together to impact the final number.

But the general conclusion stands:

If you can grow your income faster than average (most people) and invest the difference at a reasonable rate over a working lifetime (or even any decent length of time) the difference is amazing and worth millions.

And yet, here is my problem with this issue: when I write about growing your career, taking steps to earning more, and being more financially independent as a result, do you know what I get?

Sure, there are a few “high power corporate type” ESI Money readers that add their great comments and encouragement, but the career posts here are usually among the least read (I can tell by the traffic generated).

Is it that people think if they just “work harder” they will get ahead?

Is it because most people are so exhausted from jobs that suck the life out of them that they can’t bear to think about putting more effort into their careers?

Is it because people think there’s nothing they can do to grow their careers?

Is it because people think my tips stink?

Because the facts are clear:

If you plug along and are willing to accept “average” for your career/income, you’re potentially mission out on millions of extra dollars during your lifetime.

Thoughts on all of this?