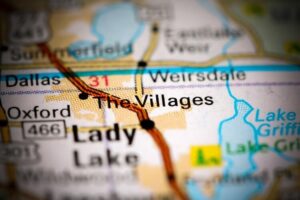 As I write this, we have been in Florida for a month now.

We drove down over three days, meeting my dad in St. Louis and him following us from there, in mid-January, arriving on January 15.

BTW, the drive down here was BRUTAL. It was 24 hours total…with a cat in the back. Just imagine that! He was actually pretty good, but that long in the car even over three days is not fun. But we have been making use of our car and we brought so much stuff that flying wasn’t a real option.

We are thinking of driving to the Florida panhandle and staying for a few nights on the way home. Then from there we can make it to Colorado in two days.

I have a lot of learning/processing to do about The Villages (where we are staying), Florida in general, and my thoughts on being away from home/missing some winter, but thought I’d at least share my initial thoughts to get them down and let everyone know how it’s going.

FYI, I won’t be posting pictures on this post as it would be difficult to select just a few from the hundreds I’ve taken. I have been sharing many of them on Instagram so follow me there if you want updates and/or to see what I’m talking about.

Here are my random thoughts about The Villages in no particular order:

The House and Florida

Here are some random thoughts about Florida, the house we’re staying in, and our time down here so far:

For more on this topic, see part two in this series.