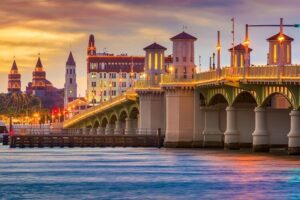 As I write this, we have three weeks left of our time in Florida.

Three weeks from today and we’ll be packing it all up and hitting the road the next day for the loooong ride home. I am not looking forward to that trip!

I already posted my initial take on our stay in Thoughts on The Villages, Florida, and Snowbirding, Part 1. This post will give an update on what’s happened since. I’ll then write one or two more posts once we are home to wrap things up.

As a reminder, I have been sharing photos of our trip on Instagram so follow me there if you want updates and/or to see what I’m talking about.

Here are my random thoughts about The Villages in no particular order:

One Saturday morning in February we got a call at 6 am from my brother-in-law that his wife was missing and he couldn’t find her.

She’s had progressively developing Alzheimer’s that started when she was 60 or so and has been getting worse over the past five years. Her mother had the same thing at the same age.

As you can imagine, he was distraught and asked my wife if he should call 911. My wife said, “Yes, call right now.” 30 minutes later he called and said the police found her in the lake near their house drowned. What likely happened was she got up in the middle of the night, let herself out of the house, and wondered outside, confused, and fell into the lake.

She was a few weeks away from going into a care facility, but they just hadn’t pushed the final button to make that happen. Very sad, of course.

We drove to their house a couple hours away, came home that night, then my wife went back for a few days the next day. The whole family drove down there for a memorial service a few days later.

It’s another cautionary tale to enjoy life along the way as well as retire ASAP – because life is short.

The House and Florida

Here are some random thoughts about Florida, the house we’re staying in, and our time down here so far:

As for our time here, we have loved it, but we do love home as well, so we are looking forward to being back (especially now that the inevitability of returning is within sight).

As we near the end of our time here, we’ve started to do a pros and cons list of staying at home versus snowbirding versus taking one or two 10-day trips in the winter to someplace like Hawaii or Grand Cayman.

Our thinking is still in flux and is likely to change before we make a final decision. There are several issues and we’re still working through them, but we have no problem with The Villages or with Florida. Any reservations we have focus on snowbirding in general.

The fact is, we live in a GREAT place. Colorado Springs is awesome, even in the winter. So going somewhere can provide “better” weather at times, but it also comes with some drawbacks, the biggest being we’re simply more comfortable at home. And it really is difficult, if not impossible, to replace that comfort of home anywhere else.

For a shorter trip, it’s no big deal. You travel to a location, live on vacation for a time, things are fun even if not as comfortable, and then you’re home again a week or two later.

But 2.5 months anywhere besides home is much more of a slog. You’re without your comforts, space, much of the things you like to do, the people, etc. that make a great home great. Yes, there are some off-setting benefits, but do they compensate for what you give up? We’re still working on the answer to that for ourselves.

A couple issues for me is that living away from home in a new, temporary place makes it hard to establish any routines, especially when you are traveling and seeing sights like we have done a lot. And I am a person of routines and like routines. In addition, I have found it much harder to get work done down here (which I also enjoy). But it doesn’t fit into the flow of our days nor is there a place that’s completely conducive to working the way I like to. It creates the feeling that you’re never completely settled, which is not a feeling I enjoy.

One thing we can do is take the things we’ve found here that we like and recreate them back home. For instance, we have been thinking about what to do with our back yard. Here in The Villages it’s common to have a screened in lanai that’s in the back yard. We really like and use it (when it’s not too hot or rainy) — and the cat LOVES it. One thing we’ll investigate upon returning home is adding one of these to our Colorado house.