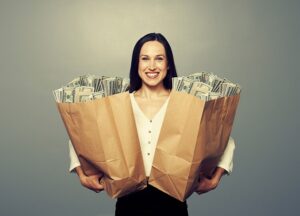 Today we finish the book Happy Money: The Science of Happier Spending.

In case you’ve missed any of our posts in this series, the best way to catch up is to begin with the first article, Be Happier by Buying Experiences Over Things, and then click through to the others that follow in sequential order.

In this post I’ll highlight some final thoughts from the book as well as share my comments on them.

Thoughts on the Five Principles

Here is the start of the book’s wrap-up:

So, now you’ve seen the five principles of happy money. The principles we outlined should not be considered as independent from each other. You shouldn’t either buy experiences or invest in others, but rather think about applying as many principles as you can in your daily spending. It’s even possible to apply multiple principles with a single purchase. Remember, the goal is to wring the most happiness out of every $5: the more principles used, the more happiness.

As we saw in the last chapter, a Starbucks gift card provided the most happiness when people used it to buy coffee for someone else, while accompanying them to Starbucks — which allowed them not only to invest in others (chapter 5), but also to buy an experience (chapter 1), and change the way they spent their time that day (chapter 3). And in your daily life, you could knock off the other two principles by paying up front for the Starbucks card at the beginning of the week (chapter 4) and putting just enough money on the card to buy a basic coffee Monday through Thursday, but a Frappuccino on Friday — making that delicious dose of creamy caffeine a treat (chapter 2).

And of course, if there’s this much flexibility in changing how you spend money on coffee, think of the range of possibilities in applying our principles to a host of purchases in your life.

Hahahaha. That’s a lot of work.

Would I really be happier by taking that much time and effort to buy a cup of coffee? Or would I be better off by picking the principles that I like the best and work for my lifestyle and really lean into those?

I think the latter is a better option, but maybe that’s just me.

The book thinks differently and doubles down on the “do them all” line of thinking:

Seriously. Think about it. Here are the principles again:

Then they offer a bigger picture view of how to approach the five principles:

So let’s zoom out — beyond Frappuccinos, if you can stand to leave them behind for a moment — and think about how a typical household spends its money.

In 2010, according to the U.S. Bureau of Labor Statistics, the average American household (or technically, “consumer unit”) earned about $62,000 before taxes and spent a total of around $48,000, on the following categories (numbers are rounded to the nearest $100):

How would you alter spending within these categories, or the allocations across them, in line with the five principles of happy money? We ordered spending from most to least. You’ll notice that the two largest categories — housing and transportation — are not particularly good sources of happiness (recall that buying bigger houses and nicer cars doesn’t make us much happier, not to mention spending money on gas for our interminable commutes). And you’ll also notice that the category in which people report spending least, investing in others, is an excellent source of happiness.

Don’t get us wrong. We know it’s unrealistic to take all of the money you spend on housing and transportation and reallocate it to experiences and donations. But remember, even small purchases can make a difference for our happiness on a given day. The question is not “Should I sell my house and give it all to the American Red Cross?” but rather “Could I reallocate even just $5 a week from one category to another?”

They are in a bit of a flow here, but let me interrupt for a moment with some thoughts:

Ok, back to the book’s thoughts on changing our spending priorities to make us all happier:

And just as importantly as reallocating, think about where you could cut back without sacrificing much happiness. Although we’ve devoted this book to spending money, saving money can also boost happiness. Our genes play a powerful role in shaping our happiness levels — especially, it turns out, among wealthier individuals. Why? It’s a little like height. Our genes propel us toward a certain stature, but an impoverished environment can get in the way. Savings can buffer us from the unpleasant shocks of life on earth, providing a cushion that ensures we can bounce back and achieve the levels of happiness entwined in our DNA.

Unfortunately, merely resolving to save more money is not enough. Abstract savings goals have a big effect on individuals’ expectations about how much they will spend, but little bearing on how much money they end up spending.

Try this approach instead: For one week, keep track of all the money you spend. Rather than grouping your expenditures into the traditional categories used by the Bureau of Labor Statistics, try putting them into categories according to the five spending principles. Then take a close look at all the discretionary income you’ve spent that falls outside these categories – and see how much of it you can forgo the following week.

How about you? Do you plan to focus on some of these (and if so which ones and why) or are you going to try and implement them all?

Can Happiness Be Bought?

The book now comes to its final conclusion by asking if happiness can be bought.

Their thoughts on the answer:

Changing the way you spend your money is far from the only way to increase your happiness, of course.

We selected the five principles in this book not only because each one is supported by rigorous research, but also because many of us – including the two of us – don’t always follow them. Why? Because we mistakenly believe that we’re already spending money in ways that will make us happier — the flat-screen TV and enormous house in the suburbs just feel like they’ll provide lasting happiness.

So, one likely reason why people’s efforts to try to get happy often fail is, well…it’s just not easy to figure it out.

Each of our principles offers a scientifically validated means of increasing happiness. Like surgical experts performing a heart transplant, we’re pretty confident that following these principles might be better than just winging it. And luckily, spending money is a lot easier and much less messy than major surgery.

Now, go out and try it for yourself. Spending happy money, we mean. Not performing a heart transplant.

Hahahaha. I do like the humor in this book. It’s not just at the end but throughout it as well. It makes for a more fun and interesting read.

So what do you think? People tend to want to be happier and this book has offered five ways to spend money so that happens. As such, will you be implementing any of these into your life (or maybe you do already)?