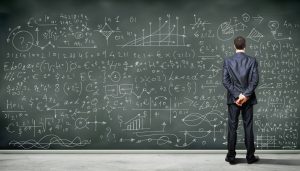 Though I’m retired, I still have LinkedIn as one of the tabs that comes up when I open my browser each morning.

I usually look at a few articles as well as check notifications to see what’s happening with people I know — just to keep in the loop a bit.

A few months ago I ran into one that really made me think. The title was “invest in yourself”.

An Interesting Commentary on Investing in a Career

There are many people who easily splurge $2,000 on a vacation, but would hate to drop $20 on a new book. Wealthy people would never neglect their education. They realize that the more educated they are; the better decisions they can make in their future. They pay a premium price for advanced knowledge.

This could apply to a number of subjects people need to be educated on, but since it was on a career site, I looked at it from that perspective.

Besides, it’s my experience that people are reluctant to spend on their careers.

The Quandary of Spending on Career Education

There are likely some key thoughts I missed but I’m sure some of you will add to my list in the comments below.

So why are people reluctant to invest in their careers when the payback seems like a no-brainer?

Here are some of the reasons why people might not spend on career education:

There are probably more reasons as well. Please share your thoughts on why this happens.

BTW, I’m not saying that no one spends on their career. Obviously there are billions of dollars spent on books, seminars, training, etc.

My issue is with the “average guy” who often complains about never getting ahead but then doesn’t invest in himself. I’ve known scores of these individuals during my working life and have had several of them comment on my blogs. They are more the rule than the exception.

Investing in My Career

I invested in my career in several ways. Sometimes it was intentional on my part and sometimes it was an investment of time/effort I made for one reason but then also benefited my career.

Here are a few of the ways I did this:

The results have been tremendous. I had large, steady salary increases over my 28-year career. If I had not invested in my career, I know I would have earned much less.

I don’t say these things to hold myself up as a great example or pat myself on the back. I have known many who were much better learners than I was (and much more successful as a result).

I’m sharing this in the hopes that you can see the various ways to learn and grow and know that if I can do it, you certainly can.

And you can likely do it even better. I wasn’t intentional about it much of my career. I simply studied what interested me. If I had instead focused on the key skills that would get me ahead, I’m sure I would have done better.

So do you have a plan to grow your career skills and abilities or have you done so in the past?

If so, please share what this looks like for you. If not, let me know why not.