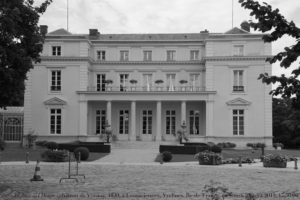 When I posted Stop Acting Rich Overview and Thoughts on Wealth, Habits, and Happiness I promised that I would follow up with some thoughts from Stop Acting Rich: …And Start Living Like A Real Millionaire

on home ownership and how it impacts a person’s net worth.

This is the fulfillment of that promise. 🙂

There’s lots to share, so let’s get to it.

How an Expensive Home Can Impacts Wealth Negatively

We’ll begin with a general overview of how buying an expensive home can hinder wealth accumulation. Consider these four quotes:

What we don’t realize is that the true cost of living in certain homes and neighborhoods is unseen but truly devastating. I believe the greatest detriment to building wealth is our home/neighborhood environment. If you live in a pricey home and neighborhood, you will act and buy like your neighbors. In other words, human beings have an innate tendency to act and be like those around them — to fit in — and even compete. The type of home we live in and where we choose to live often takes the greatest toll on our financial wealth, and from it, all other perils flow.

The reason why so many homeowners today are having a difficult time making ends meet goes way beyond mortgage payments. When you trade up to a more expensive home, there is pressure for you to spend more on every conceivable product and service. Nothing has a greater impact on your wealth and your consumption than your choice of house and neighborhood. If you live in a pricey home in an exclusive community, you will spend more than you should and your ability to save and build wealth will be compromised.

The more expensive, the more affluent neighborhoods are a vortex of sociological forces. The more affluent the neighborhood, the more its residents spend on almost every conceivable product and service. From cars to haircuts, and from wine to watches, those living in “prestige estates” spend more. We take consumption cues from our neighbors. If many of our neighbors have a much higher level of income and wealth than we do, we will have set ourselves up to lose the war before we have even begun to battle.

My research has found that most people who live in million-dollar homes are not millionaires. They may be high-income producers but, by trying to emulate glittering rich millionaires, they are living a treadmill existence. In the United States, there are three times more millionaires living in homes that have a market value of under $300,000 than there are living in homes valued at $1 million or more.

Lots to unpack here and I’m sure I’ll miss something so you can help me out in the comments.

Here’s a related but a bit different comment on why it’s hard for high-status individuals to build wealth:

Why are these high-status groups so bad at accumulating wealth? There are many reasons. Most live in or near high-cost-of-living metropolitan areas. They tend to live in expensive homes situated in or near exclusive neighborhoods. And so they spend accordingly, with little left over for saving and investing.

How to Buy a House for Wealth Creation

Now let’s move to the book’s thoughts on how much someone should spend on a house if they want to grow their wealth:

The most productive accumulators of wealth spend far less than they can afford on homes, cars, clothing, taxes, vacations, food, beverages, and entertainment. As many millionaires see it, living in a pricey neighborhood is a bad idea. Why live in a million-dollar neighborhood when one filled with $300,000 and $400,000 homes will serve the purpose? Real and actual millionaires understand that when you live in a luxury house, you are also buying a luxury lifestyle. Included in this lifestyle are the social pressures to redecorate frequently, join the country club, and send your children to private schools. Your property taxes continue to skyrocket, along with the cost of utilities and insurance. Plus the prices of nearby services tend to be higher, from grocery stores to dry cleaners.

Contrary to popular belief, however, most of the self-made millionaires I have studied have one thing in common: They were able to build wealth precisely because they never lived in a home or neighborhood environment where their domestic overhead made it difficult for them to build wealth. In essence, they ran their households like a productive business. It is not only about how much you make. More important, it is how much you keep. And the “keep” component begins and ends at your home address.

If you want to become wealthy [the way other wealthy people have], live in a neighborhood where your household is among the top income generators. For example, what if your household’s total realized income is in, say, the high five figures? Then live in a neighborhood where the median market value of a home is less than $300,000. Do so, and the chances are that among your neighbors, your household will likely be in the top 20 percent along the income continuum. Then live and consume as though your household’s income was only 80 percent of what it actually generates. Save and invest the rest. Now you are on your way to becoming wealthy.

To enhance your chances of becoming financially independent, you should live in a home and neighborhood environment that has high wealth-building characteristics. You need to be surrounded by neighbors who have lower incomes than your household generates.

Here’s what I have to add:

How Much Should You Spend on a House?

And now some general guidelines on how much house to buy to encourage wealth accumulation:

What is a good rule if you are determined to become wealthy? The market value of the home you purchase should be less than three times your household’s total annual realized income.

If you’re not yet wealthy but want to be someday, never purchase a home that requires a mortgage that is more than twice your household’s annual realized income.

I don’t know about you but I found this information very interesting.