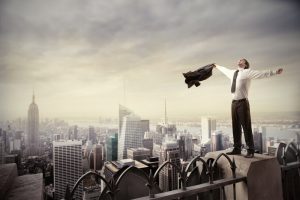 Last time in this series I shared the events that led to an interesting work transition for me.

This time we’ll wrap up the series by highlighting the last three jobs I had before I retired (two of which you know a lot about already.)

As usual, these three feature a lot of twists and turns, so hold on to your seats.

Best Job of My Life

After the transition detailed in the link above, I moved to what in retrospect was the best job of my career.

It would seem like this was a “move down” at just the time when my career should be hitting peak earning years, but there were so many great things about this company that made it awesome.

Here are some highlights:

Yes, my career wasn’t growing and I wasn’t earning the big salary increases I had earned in past years, but I was still making a ton of money. I didn’t need to be greedy, did I? Besides, on a per hour basis this was probably the highest salary I ever made by far.

I learned a lot while having this job including:

But overall, this was a great job.

It would have taken something really special for me to leave that job. And guess what? Something special came along. I was asked to be the president of a $100 million company.

I detailed this job and the move to Oklahoma as well as how it ended (hint: not good) in The Day My Most Valuable Asset Took a Hit.

We then moved to Colorado (which I love) into a job with a crazy boss, so I eventually retired. I detailed that transition in I Retired!

So that’s it. You now know the story of all my jobs from high school until I retired.

Looking back, it was quite a roller-coaster ride — full of high highs and low lows. But overall it was a good career, interesting and challenging, and one I’m thankful for. And of course it provided nicely for our family.

By the way, just for the record, this series covered (excluding the pre-college, college and graduate school jobs):

One question remains: Will I ever work again?

When I first retired I thought I probably would at some point. Now I’m not so sure. Working means having a schedule, reporting to a boss, getting up to do something you may or may not enjoy, etc. Just don’t know if I have the patience for that stuff.

Even a teaching spot or part-time consulting gig sounds less appealing as the days go on.

This blog fills much of the need I have to create and be challenged without being too taxing, so I really don’t need a job for the personal accomplishment factor. And I don’t need the money.

That said, now that I’m retired people keep throwing jobs at me. I’ve been offered a handful and told about numerous others. My colleagues just can’t seem to believe I want to be retired. 🙂

Anyway, we’ll see what happens. Rest assured, I’ll keep you in the loop!