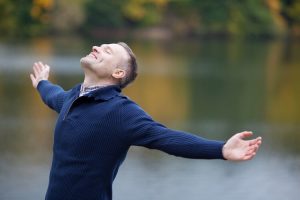 I’ll give you all the details of why, how, etc. over three posts — all this week.

In case you all haven’t noticed, I’ve been writing a lot lately about retirement.

For example, consider these posts:

In the second one especially it started to hit me that I really did have enough to retire now. Not someday, but NOW!

Combine that with a few other factors and the time just seemed right. But I’m getting ahead of myself.

Today we’ll set the scene. To do that let’s go back in time a year or so…

Just to be sure everyone is up to speed, in the spring of last year I was let go from my job when a new CEO came in and decided he didn’t want a president around.

It took me a couple months to find a new job which I started in the summer of 2015. My family followed in September as the whole clan moved from Oklahoma to Colorado.

How did I know this? Here are a few reasons:

Now I’ve been around the block a few times so I knew that the job would not be as great as presented in the interview process. They never are. But the reality was way worse than I thought. Years of mismanagement and poor practices had impacted every area of the division and it was a mess.

Still, I was up for this challenge if I was given the freedom and time to address it. But I was not.

In the end, there’s an old business saying that sums up my situation perfectly:

As we entered 2016, it was my first year in charge of our financials. And my goal was clear: hit our agreed upon budget numbers for net income. That was it. It was what my quarterly bonus was based on and what my boss told me I should focus on.

At the same time we launched a major (or should I say MAJOR) product that changed just about everything about our business. It had been worked on for two years and had been developed with zero consumer feedback. In other words, we launched something we didn’t know if our customers wanted or not. Yikes!

In addition, the product didn’t work correctly, had major performance issues, and had hidden costs that we should have foreseen but did not.

It was so far down the road when I arrived on the scene that there was no stopping it — or even adjusting much. That train had already left the station.

That said, it wasn’t all gloom and doom. Our sales were poor (below budget) but because my team controlled our expenses we actually made our first quarter profit numbers and I received my bonus. Thank you very much!

In addition, my boss did step back a bit in his micro-management. Not all the way mind you, but it was better.

But the situation was about to get far worse.

To read about that, check out My Retirement Story, Part 2.