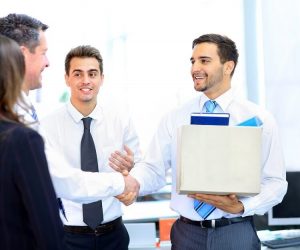 I’ve now shared details on four of my jobs and what I’ve learned through each of them.

If you’d like to re-read any, they are as follows:

Today we’ll continue this series by giving details on the second job I held after graduation.

The second job I held was again for a Fortune 500 company, another top one in its field (see Five Steps to Six Figures in Seven Years for the impact working for a name brand company can have on your career), but with a company culture that was far less dog-eat-dog in nature than job #1. And instead of working 70 hours a week at the old place, I could get by with only 55 to 60 at the new one. Score! (FYI, I actually held several jobs at this company (within two different divisions) and I’ll cover each job with a different post.)

I found the new job through an executive recruiter. I could see the writing on the wall at the last place, started working my network, and ended up with a couple of job opportunities. This one was the better of the two by far. It required me to move to another state (good thing too, as this is where I met my wife!), so I packed up (actually, they paid a moving company to pack me up — it took them about 15 minutes) and I was off!

The initial job was both a promotion and a pay increase for me. I was at the next level of management and made roughly 15% more than in my previous position (plus some added benefits that made the total package +20% or so). I was part of a team responsible for marketing a large, national food brand, and while the work was demanding, I liked it a lot. I also made some great friends that allowed me to enjoy time outside of work as well. It was quite a refreshing change from job #1.

I learned several things while working in this job including:

That’s it for this round. For the next post in this series, see My Jobs, Working for a Maniac.