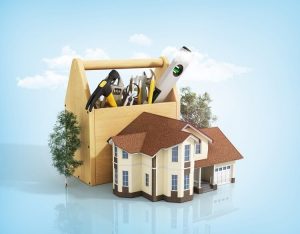 If you’ve read this blog for more than five seconds, you know I’m a big fan of real estate investing.

Because of my real estate investments, I have been able to retire early (though I was financially independent before I had my properties).

My 14 units provide the majority of the income that allows me to spend almost $100k annually without dipping into my assets.

And that doesn’t even count their appreciation.

So yes, I am a big fan of real estate investing.

But that doesn’t mean everything is sunshine, rainbows, and lollipops. In fact, there can be some pretty big bumps in the road that any real estate investor needs to be prepared for.

In particular, I have had a bad run (and by bad I mean expensive) the past few months and thought I’d share them with you.

Here’s a run-down of the major real estate expenses I’ve faced over the past several months:

Welcome to the world of real estate investing! 🙂

Thoughts on These Real Estate Expenses

Of course, all this goes with the territory of owning properties. I wanted to share them specifically because a lot of bloggers (including me) often talk about how great owning rental units are and never share the tough times. So I thought I’d share mine.

Here are a few other general thoughts on the costs:

Overall, I do like real estate investing and plan to stick with it for some time. That said, costs like these need to be planned for and managed, just like you would with any business. There will be ups and downs through the years, so before anyone reading this thinks about investing, be sure you know what you are getting yourself into.

As long as you think and plan ahead for expenses like this, you should be fine when they happen (and they will).