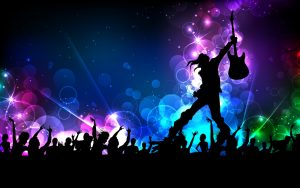 It’s my pleasure to announce that I have purchased Rockstar Finance.

If you’re a blogger or deep into the personal finance blogosphere, you likely know what Rockstar Finance is.

So in this post, I’ll tell you what Rockstar Finance is, why I bought it, and where it goes from here.

The History of Rockstar Finance

Rockstar Finance (RSF) was started in 2013 by my buddy J Money at Budgets are Sexy.

It began with a simple idea: highlight the best personal finance articles every weekday, both on the site as well as through an email list.

It started slowly but over time became a hit. Readers loved that they could get an email each weekday that listed the best personal finance posts. It helped them find new and interesting posts by bloggers they often didn’t know.

Over time the site grew and began adding more features.

Next was a directory of personal finance bloggers. It lists details on money bloggers (at least all of them who want to be discovered) like name of site, net worth, and social media accounts.

More recently, RSF added forums for both personal finance geeks (talking about money) and bloggers (a “secret” lounge where we chat about all things blogging — yes, very nerdy and I love it).

Those are just the highlights. There’s lots more and plenty to keep both money nerds and bloggers very happy.

The Potential of Rockstar Finance

Every blogger who’s ever been featured on RSF knows the impact. “Being Rockstar’d” is a great thing for a blogger, driving up to 5,000 visitors to their site.

For even a medium-sized blog, that’s a pretty good number. I know the times it’s happened to me that it drove tremendous traffic…and many of those people stayed at ESI Money as long-term readers.

At Fin Con this year I talked with J Money about the potential of RSF — just as a fan. I suggested several ideas to grow the site. It was a fun chat.

Little did I know that he was thinking of transitioning out.

That is until I received an email in November asking me if I might be interested in talking.

I’ll let J Money tell you himself why he wanted to phase out and eventually sell but let me just say his reasons are very noble and he’s making what I consider to be a great, family-focused choice.

The Sale of Rockstar Finance

I’ll spare you details of the conversations we had after I received that email (though you probably would love to hear them, I do need to keep some things private), but I can tell you that we came to an agreement that we both love.

J Money was able to benefit financially, free up his time, and still remain part of RSF (more on that in a minute).

I was able to get a business with tons of potential which could help readers and bloggers alike.

Best of all, J Money and I are kindred spirits despite the fact that we’re opposite in many ways. He’s cool, creative, and a totally awesome guy to know. I’m not that cool (more awkward than cool), analytical, and an awesome guy to my mom and wife (but the jury’s still out on what others think). Anyway, just being around J Money has raised my coolness factor to heights it hasn’t seen since I was king of the fifth grade playground. Yes, it’s been that long.

Many of you are probably wondering why I’d want to buy RSF. After all, I’m retired, right? What am I doing buying a business (which will certainly mean more work) when I’m supposed to be kicking back and relaxing?

Well, there are several reasons but they fall into two main categories.

I’ll break them into sections as follows…

The backstory is as follows:

Combine the points above — much more income, liquidation of some assets (P2P loans), and lower expenses — and the result is a pile of cash. By the time I bought RSF, I had almost $350k in cash.

The “problem” with this was there was no great place to deploy it for both growth and income. The options:

I had previously considered buying a business (shortly after I retired) but most of them were:

Then RSF came along and allowed me to:

In addition to all these, RSF has the side benefit of allowing me to serve the personal finance blogging and reader community, two groups of people I’m quite fond of.

So it made sense. In addition, there were a couple other considerations worth noting:

Those are the financial reasons for the purchase. Now to the next reason…

There were several personal reasons to buy RSF. Here are the major ones:

In the end, buying RSF is simply fun and easy. So why not give it a go?

The Future of Rockstar Finance

Many bloggers and readers are likely wondering what the future holds for RSF.

There are two parts to the future — the short-term and the long-term.

In the short-term, there won’t be any major changes. If we weren’t announcing the change in ownership no one would probably ever know notice any difference. (That said, there is one program we will launch soon that I think readers and bloggers will LOVE!)

There are three reasons for this. One is simply a practicality: time. It’s the holiday season and right after that I’m planning a big vacation (which I’ll tell you about later). I also have a trip planned in late February, so I won’t have time to make a ton of changes for a couple months or so.

Second, and really more importantly, I want to take time, gather input from a wide range of people, and hear what the community and the RSF team have to say before I decide what to do. Yes, I think I have some great ideas, but I know others do to. And I want to hear their thoughts on how RSF can serve them. I guess this is the marketer in me who simply wants to know his audience better so he can give them what they want.

And finally, Rockstar Finance is doing GREAT the way it is!! There’s no rush to change anything when all is going so well.

In the long-term, there will probably be changes, but I have no idea what they will be. My intention is to make RSF bigger and better — for both readers and bloggers. What this means specifically, I’m not sure at this point. I need to hear from people, consult with J Money and the RSF team, and then decide where we go.

BTW, as you may be wondering, J has agreed to stay on as a consultant during the transition and then later (after his child is born) as needed. My guess is that he’ll be as active as ever with RSF, but now he can just focus on the strategy part.

No matter where we decide to go, my commitment is to make the site an even more impactful resource for all involved.

That’s it for now. Thank you for your past and future support of RSF. It’s going to be a fun ride!