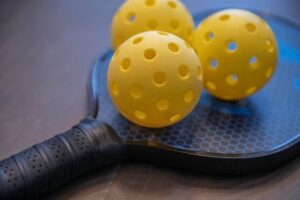 This is a very special update because it marks a half-decade in retirement for me.

In some ways it seems like yesterday that I retired, but mostly it feels like I’ve been retired for 15 years or so. Hahaha, that’s those retirement reverse dog years at work — so much fun, joy, and life in the past five years!

I do not miss my career AT ALL. I don’t miss dealing with an irrational boss, cranky co-workers, or demanding employees. The few times I’ve thought about working (in the sense of “I still could be working now”) I shudder at the thought.

My only regret: I should have retired 5-10 years sooner. But we all live and learn.

We’ve chatted a lot about The Villages in the Millionaire Money Mentors forums since several members are either living there now or think about moving there.

However, there are probably a lot of people reading this who have never heard of them, so let me enlighten you a bit.

We’ll start with this summary from Wikipedia:

The Villages is a census-designated place (CDP) in Sumter County, Florida, United States. It shares its name with a broader master-planned age-restricted community that spreads into portions of Lake and Marion counties. The overall development lies in central Florida, approximately 20 miles (32 km) south of Ocala and approximately 45 miles (72 km) northwest of Orlando.

The Villages consistently ranks as a very high growth area. The U.S. Census ranked The Villages as the fastest-growing U.S. city for the second year in a row (during the 12 months ending in July 2014); The Villages MSA (all of Sumter County) estimated population, as of July 1, 2018, was 128,754 according to the U.S. Census Bureau. The Villages development corporation estimated that the Villages planned community, which includes parts of Lake, Marion and Sumter counties, had a population of 122,460 on March 31, 2019.

The Villages is made up of 17 special purpose Community Development Districts (CDD), which are controlled by a board of supervisors (BoS), five individuals elected by the landowners of the district. H. Gary Morse, the son of the original owner, transferred most direct ownership in the company to his three children in 2006; Morse died in 2014.

The layman’s version is that it’s a 55+ planned community that offers a wide range of activities for residents/retirees. It’s built around town squares (aka “villages”) with all sorts of shopping, restaurants, and amenities.

And if you’re more of the “I want to see it” type, here’s their introductory video:

For us, it’s a place to escape 2.5 months of winter, have fun with our family, and scout out potential future winter stays. I don’t see us buying a place there or living in Florida year around (too hot in the summer) but you never know.