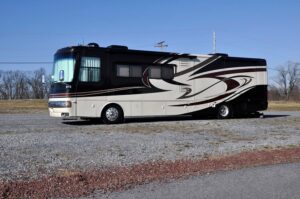 This one is a few days early as I need a couple more days to finish a post for next week (so I moved this one up).

And be sure to stick around to the end as I have a very nice giveaway today.

The past three months have had a lot of activity and have seemed more like years than months. So let’s get to the details.

We will begin with the bad news.

On April 14, the first woman I ever loved died.

My mom had been sick many times in the past four decades and was not in great health.

Her various ailments left her on a large set of prescriptions and with a fragile body.

She and my dad (step-dad) had been living in an RV for a year and a half. Their winter quarters this year were in Bullhead City, AZ.

Mom had been sick 2-3 weeks when she got so ill that my dad insisted she go to the hospital (which she did not want to do). So he called an ambulance and they carried her out of the RV as she couldn’t walk. My dad called me and let me know what was going on.

After a few hours in the local hospital, they life-flighted her to Las Vegas. At 3:30 am the next morning my wife and I got the call from my dad that she probably wouldn’t make it through the next 24 hours.

I have received somewhere between three and five of these sorts of calls about my mom over the last 40 years. I always went, and she always pulled through.

This time we went as well — my wife and I flying straight from Colorado Springs to Las Vegas (it was the first time we’d been on a plane in over a year).

We were at the hospital by 2 pm that afternoon (the same day we got the 3:30 am call) and because of Covid protocols, we could only go up one at a time to see her (and just because many of you are probably wondering, no, she did not have Covid — the limit on visitors was the hospital’s policy for everyone — only one visitor per patient at a time).

When I saw her she was semi-awake and on a ventilator (so she could not talk). She didn’t look great, but frankly I had seen her in worse condition.

She had become extremely dehydrated while she had her recent illness and this had set off a chain reaction of other problems given her fragile state. At least that’s what we think happened. Much of our thinking was speculation as the doctors searched for answers which were often elusive.

My wife and I spent the next five days at a hotel in Las Vegas. We visited my mom, worked with the doctors to help determine what we could do, and moved my parent’s RV to an RV park in Las Vegas (my dad and I drove down to AZ to get it one day).

We left that next weekend, then I talked to my dad and the doctors every day (they called me as it was determined that I would be their best contact. My dad was there but everyone decided that I would talk to the doctors and then talk to dad.)

After the second week of trying this and that, the doctors were out of answers. And my mother’s organs started shutting down, especially her liver.

The doctors were in agreement that there was nothing to be done for her — there was no hope for her recovery.

Over the course of the two weeks it took to get us to this point, I had tracked down the lawyer my parents used to complete their last wills (thank God we lived in a small town and we knew all of the five lawyers — my dad could only guess which one they had hired — I found him and they sent me all the paperwork, including their health care directive).

If I should have an incurable or irreversible condition that will result either in death within a relatively short period of time or a state of permanent unconsciousness from which, to a reasonable degree of medical certainty, there can be no recovery, it is my desire that my life not be prolonged by the administration of life-sustaining procedures. If I am unable to participate in my health care decisions, I direct the attending physician to withhold or withdraw life-sustaining procedures that merely prolong the dying process and are not necessary to my comfort or freedom from pain.

So on Tuesday, April 13, I flew back out to Las Vegas. When I saw my mom, she was not coherent most of the time (she never was very responsive any time, but now she was clearly “not there”.) She was also very jaundiced from the liver issues. We told her we loved her and hoped she heard us.

My dad and I met with the hospice people and the next day we removed life support. She lived four hours from the time her ventilator was removed. My dad and I sat there and chatted while she held on and we were there when she was pronounced dead.

The next day my dad and I loaded up the RV while my wife made funeral arrangements from our house in Colorado. (BTW, once the smoke clears I’ll probably write a post on the funeral business — what a racket. It makes wedding costs look inexpensive.) We then spent the next two days driving to our house in Colorado (we spent one overnight in the RV in a Walmart parking lot with about 30 other RVs which exposed me to a subculture I had never experienced.)

BTW, if I had ever thought I wanted to live the RV life (and I never really thought I did), this convinced me that I certainly did not. Even though my parents had a 42-foot class A RV which was very nice, I didn’t like the lifestyle at all.

My dad stayed overnight at our place and then drove back to the small town in Iowa I grew up in over next two days.

Since then we have been planning the funeral (or whatever we have — she was cremated and has not yet been sent to us), get dad’s finances in order, and helping him decide what’s next for his life.

I’m leaving out many details or this would be a 100-page post. Plus much of this is private. But I did want to share the basics with you.

My mom and I had a very special relationship. She was divorced from my biological father when I was in third grade and she and I lived on our own until I was in 9th grade (when she married my step-dad, who I called my dad above).

While we were only on our own for six years, it seemed like an eternity. During this time we forged a “we can do anything together” spirit between us.

When I got married, my mom became a mother to my wife who had lost her own mom at an early age. The two of them would talk on the phone for a hours, doing this more frequently through the years, especially once my parents moved to the RV.

In the years since we had married, my wife and I (and eventually kids) had vacationed with my parents in Aruba, been on two cruises, and gone to Grand Cayman twice. We had seen them every summer and Christmas while the kids were growing up as well.

I talked to my mom at least once a week, often more, mostly as I walked.

My mom had a blessed life and we were blessed to have known her.

As I close this section and move on with the update, there are some money-related thoughts/lessons from this experience that are worth mentioning:

I know many of you will likely leave thoughtful comments about my mom’s passing, so instead of replying to each one below, let me just say thank you in advance for your thoughts and prayers.

Now let’s move on to the rest of the update and mostly good news from here on out.

The past three months have been very good to my finances. Here’s a quick update I left in the Millionaire Money Mentors forums in early April as we were discussing growth of net worth over time:

We actually ended April with an “official” net worth (I update frequently in Quicken but consider the end of the month my official amount) of $5.9 million. Why the growth? Two reasons: 1) the market has been on fire (including my dividend stocks) and 2) I sold one of my properties (unlocking a lot of appreciation). FYI, I close on a second one in a few days which will add another $200k to my net worth — I have it in Quicken at a value that’s lower than what I’ll net. Point #2 might be a surprise for you and you’ll probably want details, so stay tuned as I’ll have an update in a week or so.

I added two more real estate syndication deals in April so I now have four. I’ll be looking for more as I seek to invest the proceeds from my real estate sales over time. I’m looking for 100% passive income.

My friend who I’ve invested with in private real estate loans told me he’ll be refinancing and likely will cash me out of some of his deals. I can then reinvest with him in other offerings or do something else with my money. Time will tell what happens.

A new money book releases in a few days.

It’s called The F.I.R.E. Planner: A Step-by-Step Workbook to Reach Your Full Financial Potential and is from my friend, Michael, who writes at Financially Alert.

It’s a primer on planning for FIRE and while it’s too basic for me, I envision giving this book away in cases to many people I know. It takes them from zero to FIRE in an easy and thoughtful way and the book looks amazing (very good graphics).

Michael has been kind enough to offer some giveaways for ESI Money readers.

Here are the details of the giveaway: