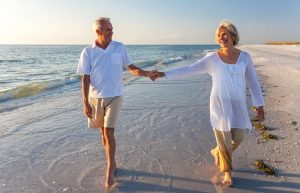 Today we are looking at findings from my first 100 millionaire interviews.

And we get to talk about spending! Yay!

After I had completed several interviews, a reader suggested asking millionaires what they like to spend money on. After all, we need to enjoy some of our money while we’re earning, saving, and investing, don’t we?

So I added this question beginning with Millionaire #38:

What is your favorite thing to spend money on/your secret splurge?

And we’ve had some GREAT responses!

Before we get to the exact findings, here are the top-line results:

I guess millionaires like spending on the same things!

Now let’s get to the specifics…

In this section I’ll list the five most-mentioned millionaire splurges, make some comments on each, and then use a few quotes from millionaires to add detail.

Here are the top five in order:

This was the overwhelming favorite with 60% of millionaires mentioning it. It also accounted for 36% of the total mentions.

This result is probably not a shocker to most people, especially those who read the series, since it comes up so often.

That said, even I didn’t expect it to win by this much.

But it makes sense. People like to travel in general and millionaires certainly have the funds to do so.

Let’s hear why millionaires like to spend on travel.

We’ll begin with this from millionaire 50:

We love to give each other experiences, not presents.

Our big splurge last year was to fly to Colorado, land at the highest airport in the country, Leadville, spend a week with friends hiking and biking in Breckenridge.

We then took a flying, day trip to Torrington, WY to experience the total solar eclipse. Two bucket list items in one trip.

Here’s another from millionaire 70:

Vacation is my big splurge.

I take a vacation every 3 months and I like to stay at really nice hotels across the Mexico, Caribbean and Hawaii islands.

I refuse to short myself on vacation time or accommodations.

I can really identify with the quality comment. I would rather go on one nice vacation than two where I had to stay in a hostel.

I don’t need to stay at the Ritz (and wouldn’t prefer it anyway), but do like the place we stay to be nice.

I love traveling. I spend about $45k a year just on trips.

I love going to a new country, learning about a new culture, meeting interesting people on my trips and, of course, the beautiful beaches!

I love a good beach myself!

Perhaps I’ll get up to $45k spending on travel myself one day, but I suspect that $20k is more my limit.

Here’s a different take from millionaire 78:

We love cruises – in fact, the header image on my website is a photo I took of the ocean from a cruise we were on. I did mention that we’re naturally frugal though and it comes into play with our cruises as well.

We don’t just pick one and go. We dig around to find a really good deal, but we always get a balcony (once you go balcony, you can’t go back!).

We’ll find a cheap flight and stay at a cheap hotel the night before. We don’t buy any upgrades on the ship and very little in the ports. But we do love the experiences and will go to restaurants in the ports and eat and drink to our heart’s content.

It’s a balance that works for us and we never feel like we’re missing out. However, it’s something that might not work for everyone and that’s Ok…to each his own!

This blends both travel and the desire to get a “good deal” which I can support 100%!

We’ve been on three cruises and like them a lot as well. I’m thinking a fourth might be in our near future.

And here’s a final thought from millionaire 95:

Vacations. In the last 15 years I have probably spent $20K – $50K a year on family vacations. My kids have been to over 35 countries and 5 continents.

The memories are priceless. Our trips are always among the most discussed memories in our family.

This one was a bit of a surprise to me, but apparently millionaires like their fine food.

The combination of “food” and “eating out/restaurants” was mentioned by 35% of the millionaires and made up 21% of the mentions.

There were a couple different expressions of this answer.

Sometimes millionaires meant eating out and sometimes they referred to eating at home. I’ll give examples of both.

Here is a comment from millionaire 59 about eating out:

We both like to dine out and eat good food. This is our single biggest expense when it comes to ‘wants’ vs. ‘needs’. Hedonism has a price.

And another from millionaire 68:

As I mentioned, food has never been scrutinized in our budget. It’s something I love way too much to compromise on.

We eat out more than we should and over grocery shop, but I’m okay with it.

And a final one from millionaire 81:

We also enjoy gourmet dining experiences; I don’t blink at spending $250/person for a meal every couple of months, but consider paying $60 for 4 of us to get hamburgers a total waste.

That must be some really good food for $250 a person!

Now let’s move to those who like to spend on food eaten at home:

Food is our favorite thing to spend on by far.

My wife is an excellent cook and we all have a lot of fun trying new recipes.

We also like our cookbooks (America’s Test Kitchen) and Pressure cookers.

And a similar one from millionaire 63:

The one thing we don’t skimp on is food and wine.

Yum! I want to head over there for a visit! 😉

We’ll get to wine in a moment too…

But there’s a big drop off here from the previous two responses. Only 15% of millionaires mentioned cars.

Let’s begin our comments with a response most people would probably expect when they hear “millionaire” and “cars”.

Here are thoughts from millionaire 39:

I have a Ferrari, Porsche and old Corvette.

My philosophy is to enjoy my cars now because when I retire I will get rid of the exotic cars (keeping the old Corvette) as they do drive up my monthly expenses.

And another from millionaire 58:

I love German cars and always have 2 for myself.

I’m wondering what someone does with multiple cars? Drive them on different days? As it is, I only drive my car once a week or so these days!

What’s the point of wealth if you can’t treat yourself? From millionaire 67:

In addition, after driving a small import for about 14 years, I recently paid cash for my dream car: a domestic, convertible sports car.

Finally, here’s more of what ESI Money readers would come to expect from a millionaire car owner — having a great car but buying right and making it last. From millionaire 99:

Luxury cars…however, I keep them for a very long time and buy them pre-owned.

My rule of thumb is to get a vehicle 3-5 years old at about 50% the original MSRP.

I normally pay cash for my vehicles, but I did get a 5 year loan on the car because the rate was 1.49% (paid it off this year).

I can appreciate a good car, I just don’t think I’d like to own one. I’d be worried someone with an older car like me would ding it. LOL!

Some say it’s hard to eat a great meal without a great wine, so you’d kind of expect this to be high on the list.

That said, only 9% of millionaires mentioned wine as a splurge.

Millionaire 48 listed it with the following:

I secretly would like to own a large wine cellar. That can become a very expensive hobby but we are trying to keep it in check by keeping it to one bottle a week and a few special occasions a year.

Good food and good wine are our secret splurge.

Millionaire 49 is a wine collector:

I have approximately 50 bottles of wine (nothing too expensive, I bought all of this while visiting wineries during our travels).

And finally a more frugal response from millionaire 85:

I enjoy the taste of good wine, and I do splurge on expensive bottles now and then.

I also like to save it and let it mature in my full size wine refrigerator.

Saving, aging, and anticipating is part of the fun, and it keeps me from drinking it too often which is good for both my health and my pocketbook.

I’m not a wine drinker but I’m sure many of you can relate to these thoughts.

Surprised by this one? I go back and forth whether I expected this one or not.

Only 7% of millionaires mentioned clothes, so it’s not a big percentage of the responses.

I love buying new clothes, especially when they’re driven by losing weight! Wearing a new suit to work with a new shirt and tie is exhilarating.

Uh, ok, we will have to agree to disagree.

Wearing a suit and tie anywhere is not exhilarating to me, but this is coming from a guy who wears shorts and athletic gear most of the year, so take my comments with a grain of salt. 🙂

There were many other items mentioned that didn’t make the top five.

Here’s where we get to see a bit of personality/diversity in the millionaire ranks.

All the other items mentioned are:

Those are the findings — the secret splurges of millionaires!

What do you think of the millionaires’ spending choices?