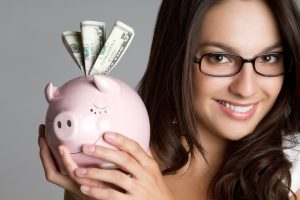 The following is an excerpt from the book Set for Life.

I asked to run this piece because saving is the least glamorous step in the ESI scale but is also arguably the most important. I think this excerpt does a good job of detailing why it’s so vital.

Many finance experts and motivational speakers say things like, “Don’t limit yourself to a scarcity mindset,” and “Don’t sacrifice! Build your income!” They tell their audience things like “Expand your mind—money is unlimited.” They’ve, in effect, convinced their followers that they need to focus on income, not savings.

These big shot experts aren’t wrong! Income (and chasing higher and higher investment returns) is a necessary path forward, and two-thirds of this book is dedicated to these topics. Those seeking early financial freedom should build more and more income streams, and intend to scale them increasingly over time.

How on god’s green earth are you going to build a business on the side when you have to be up at seven o’clock in the morning, out the door at eight, at work at nine, and don’t get home until 6:00 p.m.? You’re going to build a business from 6:00 to 10:00 in the evening, after a full day of work and any evening obligations? Yeah right. How could you possibly compete with all the people out there who are equally gifted, but with all day to build a business? Unless you are superman or superwoman, it is a tall order to outcompete other competent entrepreneurs, who can devote the best part of their energies toward building businesses.

Of course, those with an extremely long-term focus or who passionately pursue their side business as a hobby may find success or fulfillment with this approach. But, if you are a regular full-time employee working a typical job, the following statement might be painfully obvious to you. You can’t seek greater income opportunity right now because if you lose your nine to five, you’re screwed. In fact, because you aren’t frugal, you can’t even take a job that pays slightly less than the one you have now! Think about that.

Liz earns $50,000 per year. Assume someone offers her a job that paid 15 percent less than that—$42,500 per year—but that gives her a 50 percent shot at earning $100,000+ per year in two years. This job has the potential to drastically increase her income, allowing her to accumulate income-producing assets in pursuit of early financial freedom far earlier than her current job. However, Liz is unable to take that opportunity due to her spending constraints. She has bills to pay. She has a car payment, a hefty rent bill, the Internet and cable bill, bar tabs, and many other expenses she needs to cover with her salary. She can’t afford to risk earning less than $50,000 per year.

Suppose instead that Liz was very frugal. Suppose that she spent only $2000 per month and was able to save $1500 per month. All of a sudden, this job opportunity is something she can seriously consider. She probably has thousands or tens of thousands of dollars in the bank, and the new job’s base salary is still far higher than her spending. She can afford to take a chance on a new opportunity and pursue her dreams.

Most Americans probably can’t do this. They probably have no money saved up, and set aside just a fractional amount of their income in the form of savings per month. If that’s the case for you, you’re missing out on opportunities with every passing day. In fact, you can’t even see the opportunities you’re missing because it hasn’t even crossed your mind to look for lower paying work that offers commissions, equity, or other scalable financial rewards.

If you can easily get by on significantly less income than you currently earn, you open yourself up to an entire world of possibilities or opportunities. Some people call this luck—and only the financially prepared are in position to get lucky. Those possibilities absolutely include jobs and entrepreneurial pursuits that require short-term sacrifice for the opportunity to pursue huge long-term gains.

It’s always fun when folks use those words discussed earlier—words like “sacrifice” and “money is unlimited.” One of the most absurd comments is, “Yeah, I wish I could save, but I’ve got a family and cutting back will prevent us from doing the things we love to do together. I need to focus on earning more money instead!”

This argument makes almost no sense. This person is claiming that both financial security and family/recreational time are priorities, yet somehow believes that being frugal will negatively impact their lifestyle more than attempting to earn more money.

Imagine this scenario: Adam currently works a forty to fifty hour per week job, and though it pays at or near the median US income of about $50,000 per year, he spends almost everything he earns and lives paycheck to paycheck. Adam’s employer doesn’t permit him to work on outside businesses or freelance work while he sits at his cubicle. So, Adam and the millions of Americans like him are forced to work on building outside income streams during other parts of the day.

For example, Adam might pursue a side business in the early morning, or he might decide to moonlight and work a second job after regular business hours. Theoretically, he could also cut back on the time he spends sleeping, and work through the night. But, no matter how you slice it, pursuing additional income streams with no starting capital will involve a significant investment of time. That time investment will come at the cost of spending that time with Adam’s loved ones. Here are some examples of ways that Adam might earn some extra cash outside of work:

The problem with these projects is that they are either unlikely to produce rapid benefits or they pay near the minimum wage. Adam will lose many nights and weekends to efforts like these and may have little to show for it. He will realize a far greater financial result with far less lifestyle impact by making some changes to the larger parts of his budget. For example, he might be able to live in a cheaper place that’s close to his work. This might allow him to save money on rent and time and money during his commute. Adam can now spend more time with his family and will have drastically increased his savings rate. As we will discuss in chapter 2, this simple decision can result in five-figure annual savings opportunities for millions of Americans.

This kind of thinking can free up time and money in Adam’s life. Think about how incredibly impactful this can be for most Americans. An hour per day of time regained and money back their pockets. We’ll go into the math behind other specific strategies to reduce expenses and increase time in a bit, but just contrast the effort and total lifestyle impact of moving to a cheaper place closer to work with that of starting a business. Or driving Uber after work. Or taking a second job on weekends.

Lifestyle design (frugality) can have a large impact for many full-time employed individuals seeking early financial freedom. It can be painlessly implemented, increase free time, and will definitely result in a large increase in monthly savings. And, while no one got rich through savings alone, efficient lifestyle design also enables the saver to start those other business and side-hustle ventures if that is how they choose to apply the savings and extra time they generate.

Reason #3: Our Tax System Favors the Saver, Not the Earner

Surprise! Income is taxed in the United States of America (and many other countries). That’s income, not wealth.

Those in the demographic most likely to benefit from reading this book are probably paying a marginal tax of 30 to 35 percent on any income earned, including both state and federal taxes. And more earnings mean more taxes. A single person earning $50,000 per year who gets a 10 percent raise (a really large raise!) might think they are $5000 per year richer. But they are wrong. This person is really only making about $3300 per year more, after taxes take their bite out of the new income.

Instead, if this person just moved closer to work and into a slightly less expensive apartment, he or she might spend $5000 less per year between the commute and the rent. That’s money they get to keep—they truly are $5000 per year richer. Furthermore, the move does not preclude this person from earning a raise—obviously it’s great to get a raise. Understand, however, the absurdity of attempting to move toward financial freedom by working fifty to sixty-hour weeks for small percentage increases in taxable income when thousands of dollars in after-tax wealth can be easily saved!

Another way of stating this concept is to say that it’s 33 percent more effective for someone in this tax bracket to save money than to attempt to earn it. A penny saved is 1.33 pennies earned!

The preservation of capital should be the primary starting focus for financially ambitious nine-to-five employees for three main reasons:

This is not to discredit the importance of scaling your income and increasing your investment returns. This is just to point out that it’s less effective to attempt to earn more money or invest efficiently when you can have far more impact by taking control of your spending. This does not mean that you should stop trying for that promotion at work! But it does mean that your focus starting out should be on saving more of your income, wherever and whenever practical.

Finance is more often than not a game of multiplication and exponential synergies. Folks that spend less can earn more. Investments that produce more cash flow can appreciate faster. You don’t have to spend less and earn less. Spend less to earn more instead.