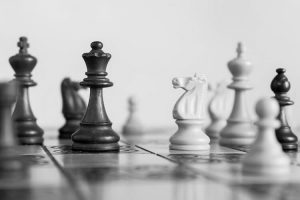 “ESI Money” doesn’t really roll off the tongue. It sounds like it could be a bank, a financial services company, or (much worse) a payday loan website. Yikes!

In this post I’ll tell you how I came up with the name and what it means.

Searching for a Name

As you might imagine, naming a website is a tough proposition. But it’s a vital part of creating a great website, so some attention needs to be given to the task.

Idea after idea comes, but 95% of the URLs that make sense with any idea are taken. What is a person to do?

I knew it would be a challenge so I started by listing what I really wanted the site to stand for. Here’s what I came up with:

What are the Basics?

With those guidelines, I stepped back and really thought about the essence of what I wanted to communicate. What are the main principles that are the foundation of all personal finance success (at least from my perspective)?

When I boiled it down I knew that the following were keys to wealth that had to be included:

Once I had the pieces above, the site almost named itself.

There it was, quite simple. The three steps that would lead anyone to wealth. Throw “money” onto the ESI acronym and that’s how ESI Money was born.

And that’s what the site will be about: how to earn as much as possible, how to save as much as you want, and how to take that savings and invest it to grow and grow and grow.

It also has a unique characteristic if you work with me and give me a bit of latitude.

Of course this site isn’t about making easy money a la the lottery or something similar. But it is about focusing on the simple, easy to understand principles that anyone can apply to become wealthy. In that sense, the site really is about “easy money.”

So that’s the inside scoop. I’m sure it won’t be everyone’s cup of tea, but I like it. If you don’t, just be thankful it’s an easy URL to type in. Much better than GreatWaysToGrowYourNetWorthAndBecomeWealthy.com. 🙂